All three NIO models are among the top three in terms of customer satisfaction with pure electric midsize and large SUVs. 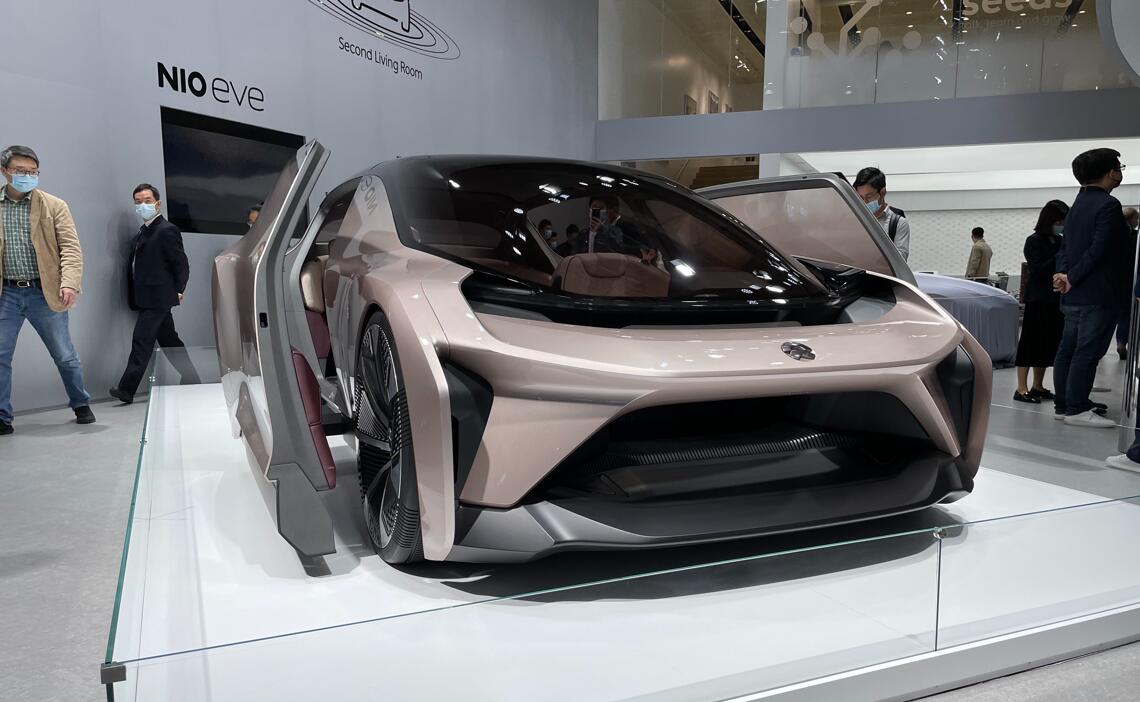 A new survey reveals user perceptions of new energy vehicles (NEVs) behind the rapid rise in the adoption of such vehicles in China.

Out of a 100-point scale, the user satisfaction index for China's NEV industry, NEV-CACSI, reached 80 points in 2021, equal to that of fuel-fired vehicles for the first time, according to a survey released Tuesday by the China Association for Quality (CAQ).

The NEV-CACSI for pure electric vehicles scored 80, a new all-time high, up 2 points year-on-year and up for the sixth consecutive year. Plug-in hybrid vehicles scored 80 points, the same as the highest level in history.

After nearly 10 years of development, China's NEVs have been widely recognized, thanks to the continuous enhancement of R&D capabilities, the long-term accumulation of core technologies and the steady improvement of quality levels, said Xia Bin, head of CACSI.

Continued improvement in quality and declining complaint rates are important reasons for the increase in the satisfaction index for NEVs this year, the CAQ report said.

Satisfaction with the quality and reliability of NEVs was 79.8 points, 0.1 points lower than fuel vehicles and 1.8 points higher year-on-year, the report said.

Compared to fuel cars, the service advantage of NEV brands is obvious, with the service performance of new car-making brands being more prominent, the report said.

The after-sales service satisfaction score of NEVs is 76, 1 point higher than that of fuel vehicles. NEVs have obvious advantages in terms of service charges, maintenance and repair service quality, service facilities and environment.

The report also lists the models with the highest user satisfaction in different segments. In the pure electric mid-size and large SUVs, Tesla Model Y and NIO's ES6 tied for first place with 83 points. BMW's iX3 came in second with 82 points, and NIO's ES8 and EC6 tied for third with 81 points. 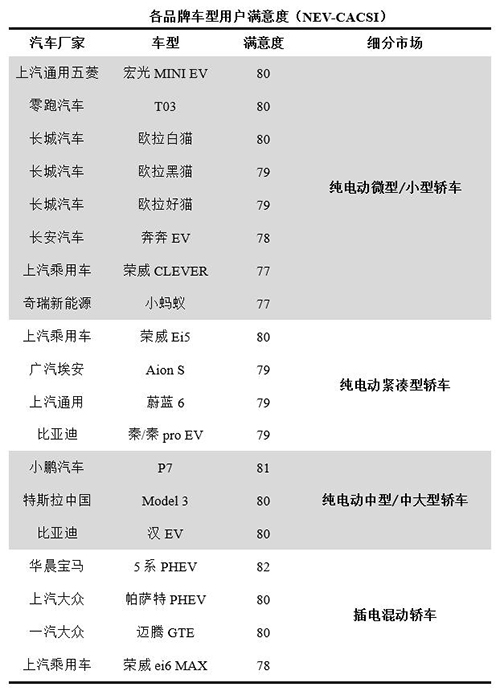 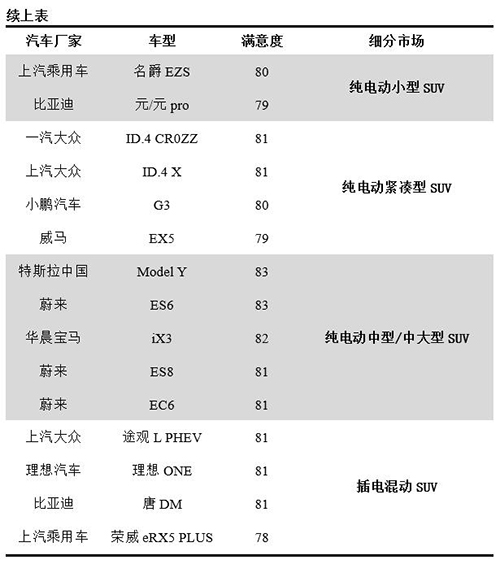