The forecast is safe, because if NEV sales exceed 300,000 units in each of the remaining three months, sales will exceed 3 million units for the year.

China's NEV sales reached 357,000 units in September, up 148 percent from a year earlier and up 11 percent from August, according to data released today by the CAAM. 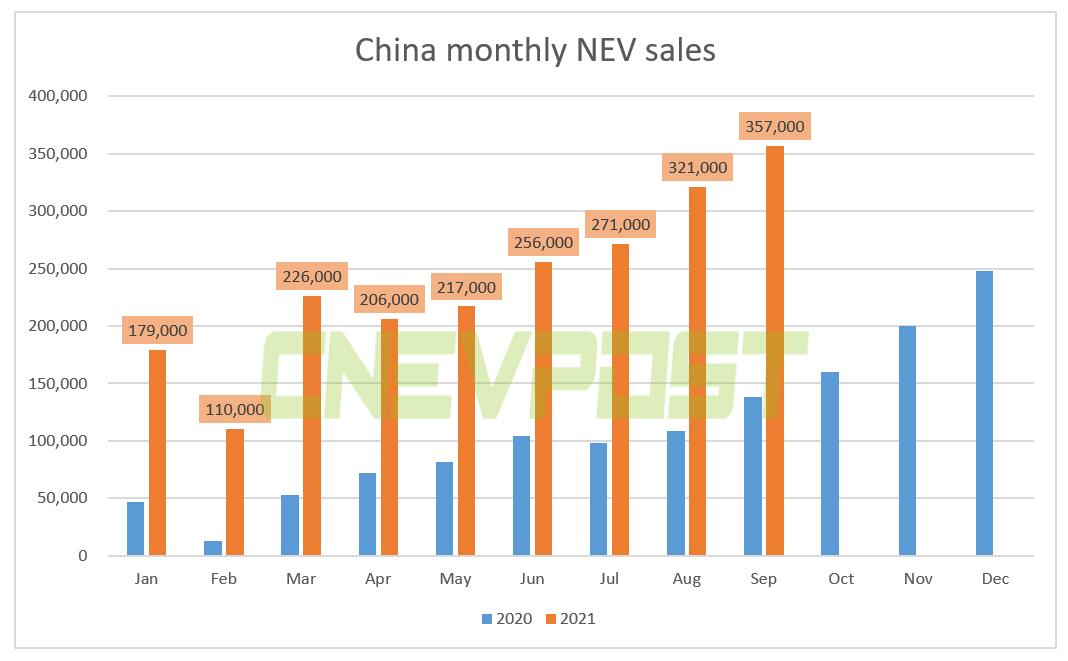 From January to September, China sold 2.157 million new energy vehicles, up 1.9 times from a year earlier.

By comparison, all vehicle sales in China were 2.067 million in September, down 19.6 percent year-on-year and down 14.9 percent from August.

Xu's forecast is safe because according to the CAAM, NEV sales in China have exceeded 300,000 units for two consecutive months, including nearly 360,000 units in September.

If NEV sales exceed 300,000 units in every month of the fourth quarter, then sales for the year will exceed 3 million units.

Figures released earlier today by the CPCA also showed that retail sales of new energy passenger vehicles in China reached 334,000 units in September, exceeding the 300,000-unit threshold for the first time. This represents an increase of 202.1 percent year-on-year and 33.2 percent from August.

New energy passenger car sales are strongly differentiated from the sales performance of traditional fuel vehicles, achieving substitution in the fuel vehicle market and driving the transition to new energy in the auto market, the CPCA said.