NIO's insurance registrations in Jan-July exceeded the total of Mercedes-Benz, BMW and Audi EVs in China

As the only Chinese car company currently holding a firm foothold in the high-end market, how does NIO compare with foreign luxury brands in the electric vehicle market? The latest data gives the answer.

If it were not affected by the chip shortage in June and July, NIO's cumulative insurance registrations could have been even higher, the report said.

The cumulative insurance registrations of NIO EC6 and ES8 in the first seven months were 17,395 and 10,574 units respectively. 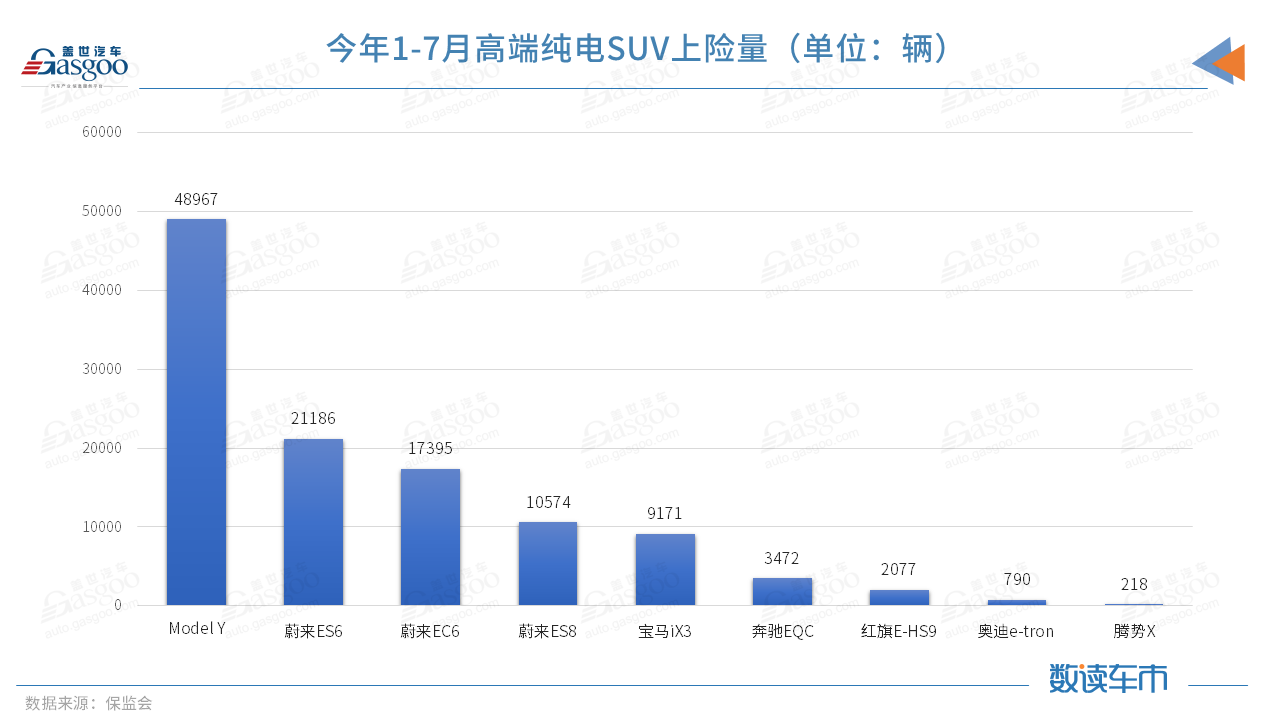 In the first seven months of this year, NIO's individual user insurance registration was 40,343 units, accounting for 82.07 percent. While the percentage of individual users of BMW iX3 and Mercedes-Benz EQC are both 77 percent, the data showed.

NIO's market share can outpace these German luxury brands' pure electric models not only because of the small number of available high-end models and its price advantage, but also because of the user experience, the report said.

NIO's services, including one-touch charging and battery swap system, have established a good reputation in the user community.

While traditional luxury brands are experienced in building cars, they currently have fewer products and high pricing in the electric vehicle segment, the report noted.

In fact, there are not many products in the high-end pure electric market yet, and the overall market is not yet competitive.

Although NIO got nearly half of the high-end pure electric SUV market, it can only tentatively show that it has a head start in this market segment. In the long run, NIO's high-end route will take a long time, the report said.

On April 7, William Li, founder and chairman of NIO, said he was confident that the company would become the smart electric car brand with sales exceeding 1 million in a single market in China. 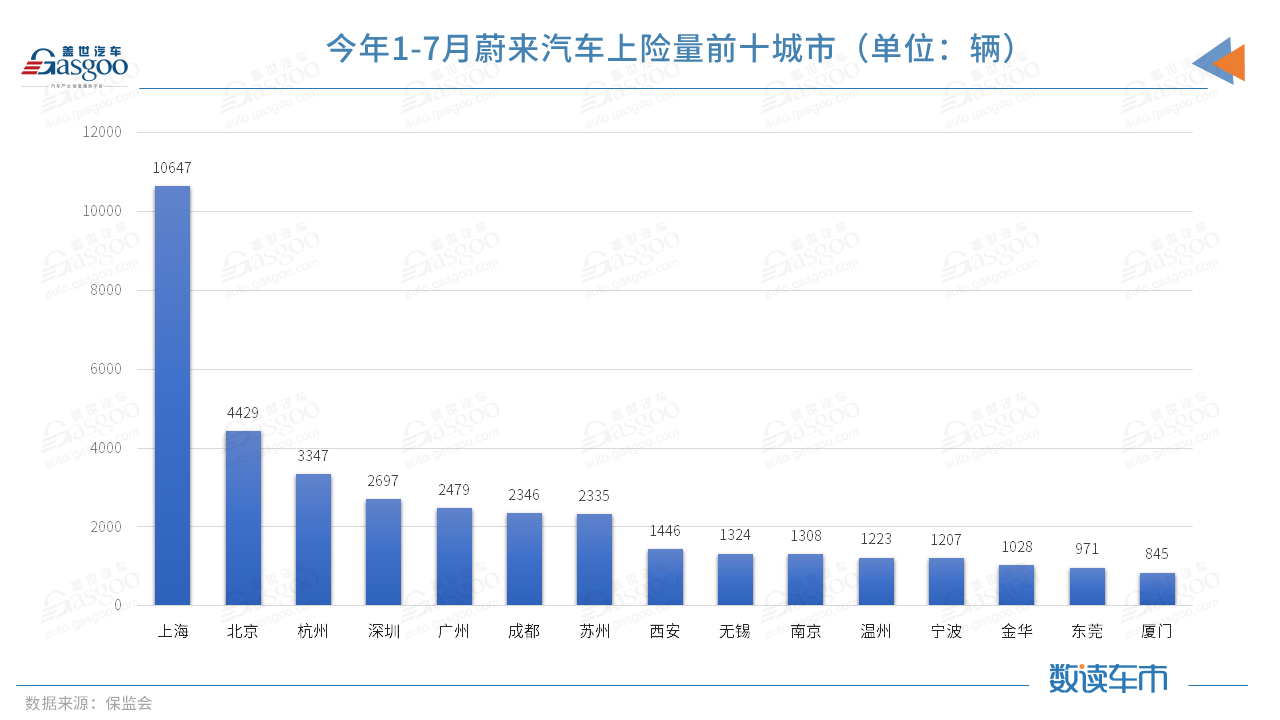 (The city with the highest number of NIO insurance registrations from January to July. Source: gasgoo.com)