The company's gross profit margin fell to 11.13 percent from 18.05 percent in the first half of last year, according to the report.

Its automotive business accounted for 42.80 percent of total revenue, down from 52 percent last year.

BYD subsumed its masks business, which had revenue of over RMB 8 billion, into its automotive business last year, resulting in the highest total gross margin of 19.38 percent last year since 2017.

BYD's automotive business revenue growth rate of 25.41 percent in the first half was due to low initial production capacity of the company's popular DM-i models.

BYD's new energy passenger vehicle side sold 150,000 units in the first half, up 161 percent year-over-year. It ranked second only to Tesla and SAIC-GM-Wuling in global sales of pure electric vehicles.

BYD's installed battery capacity of 9.55 GWh in the first half of the year ranked second only to local battery giant CATL.

Analysts at Essence Securities said BYD's first-half results were in line with expectations, and were optimistic about BYD's vehicle sales and performance in the coming years.

The analysts maintain a Buy-A rating with a six-month target price of RMB 360 per share, implying a 25 percent upside from Friday's closing price of RMB 288.15.

BYD shares traded in Shenzhen fell 1.69 percent to RMB 283.27 by the end of morning trading. 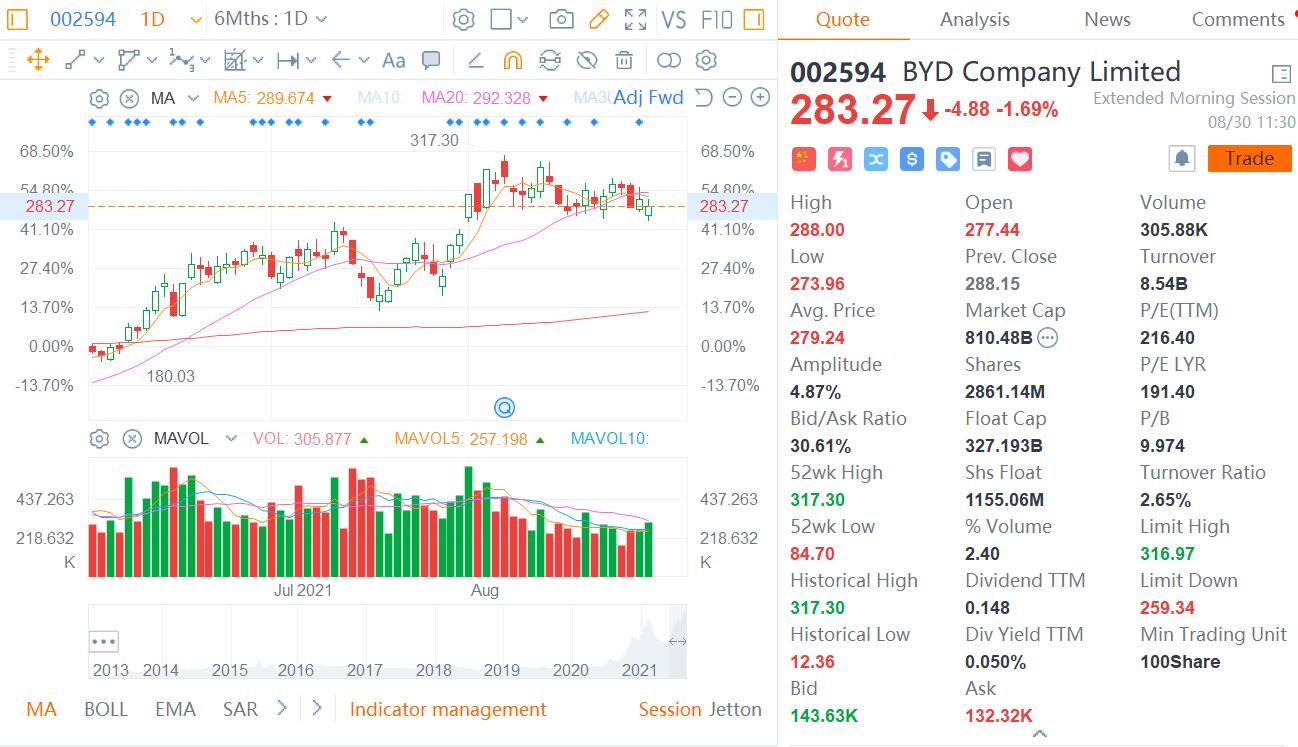