BYD's flagship Han model is about to get a new version with higher specs that are expected to allow the model to reach a wider customer base.

A teaser image released by the company on Thursday evening shows it will unveil the new DiLink and the "mysterious" cabin of the Han EV at the Chengdu Auto Show on August 29.

"More on the Han possibilities. How does the already smart Xiao Di become more understanding?" The text on this teaser image shows.

DiLink is BYD's in-car system, and Xiao Di is the intelligent voice system in it.

The teaser image has no more information, but according to several local Chinese media reports, the new DiLink system may introduce support for 5G connectivity. 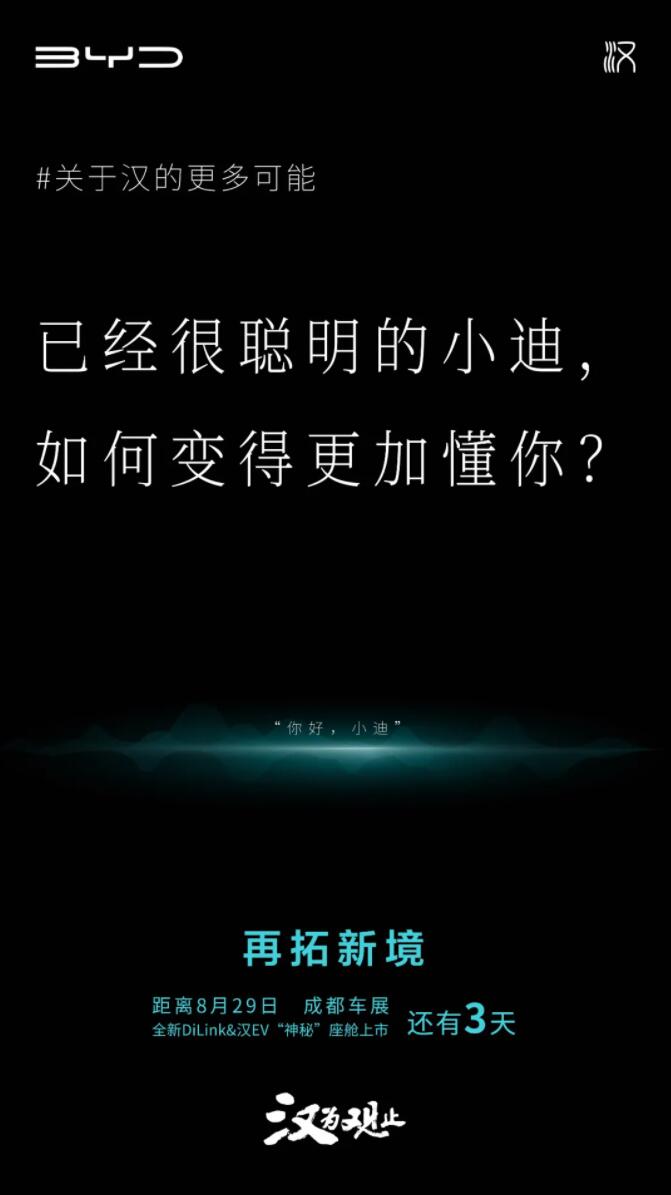 With the help of 5G, the new DiLink system is expected to bring more surprises to consumers in the areas of human-machine interaction capabilities, in-vehicle streaming data transfer capabilities, and the Internet of Everything, according to a report by yiche.com.

BYD launched the Han model on July 12, 2020, which includes the Han EV, an all-electric version with an NEDC range of 605 km, and the Han DM, a hybrid model with a range of only 81 km on pure electric power.