Mulan is a great representative of Chinese women, symbolizing independence, confidence and courage, in line with the Ora Good Cat GT, Ora said.

The car is Ora's first pure-electric production performance model, with a 0-100 km/h acceleration time of 6.9 seconds and a wheelbase of 2,650 mm.

The car was designed by a former Porsche designer and features a large number of curved lines and round headlights.

The car's electric motor has a maximum power of 126kW and is equipped with a ternary lithium battery with an NEDC range of 501km. 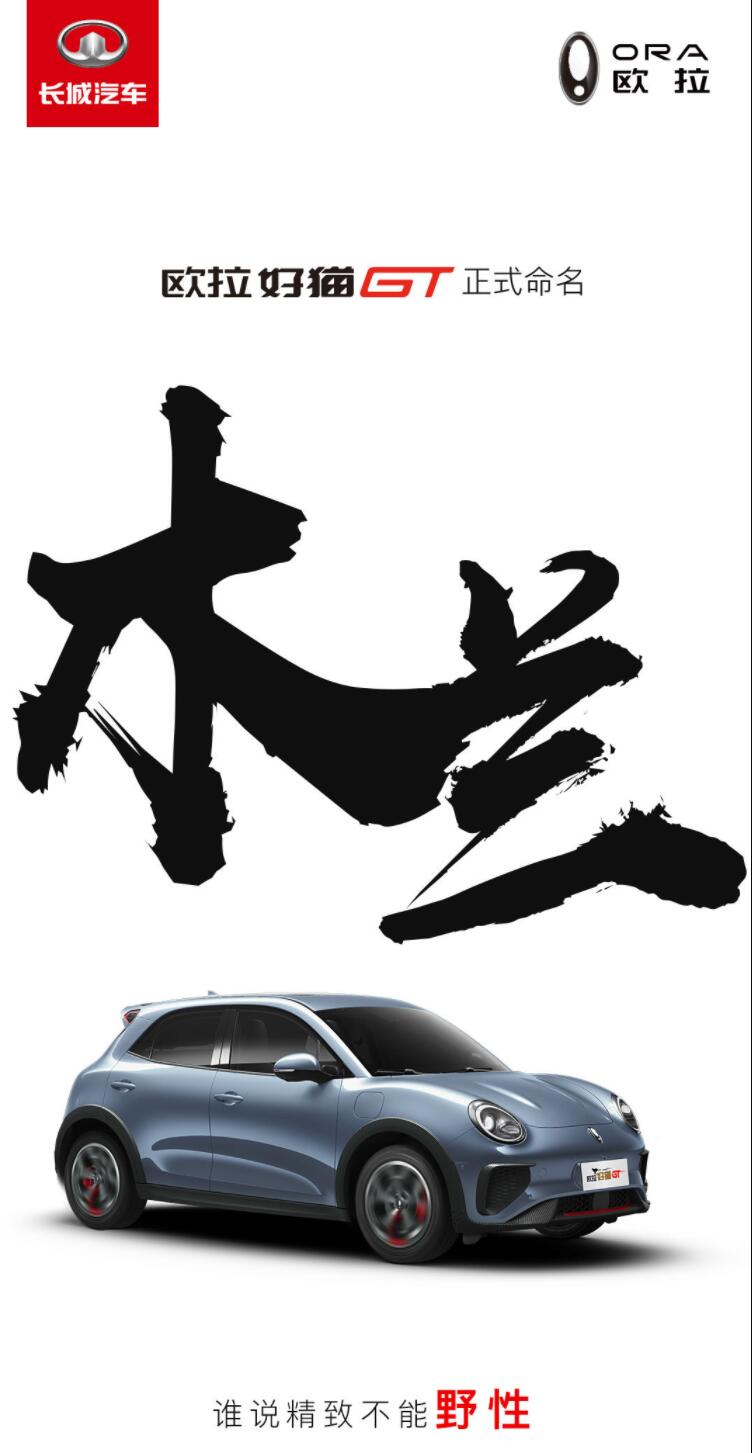