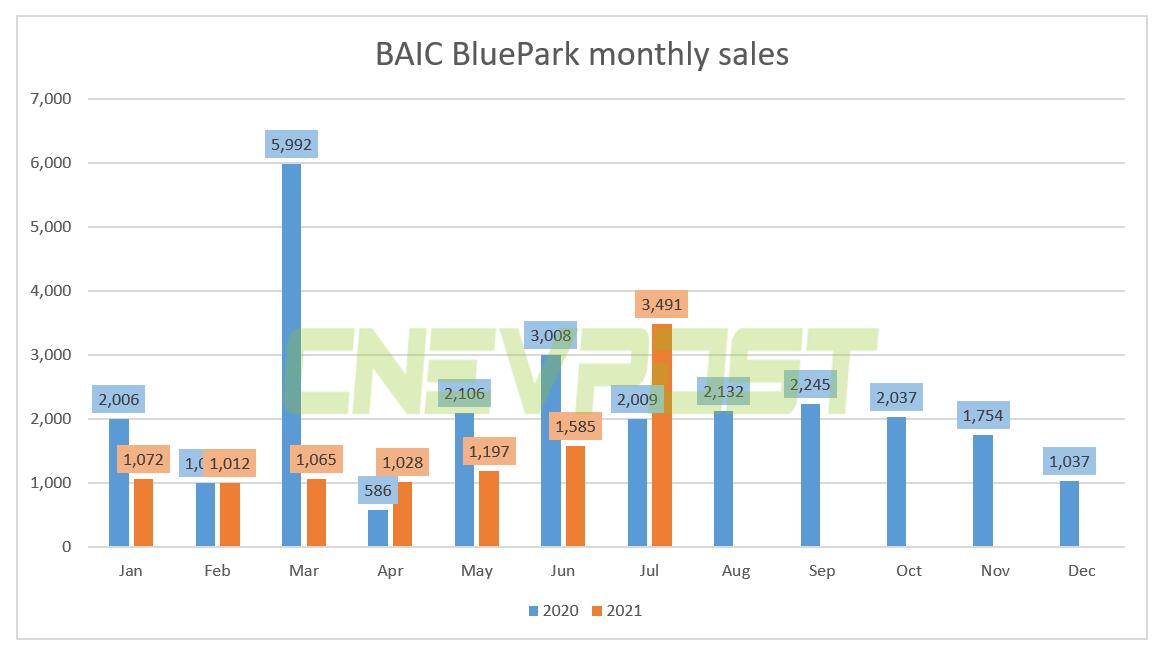 BAIC BluePark's business conditions have continued to deteriorate in recent years, with its annual sales of 150,600 units in 2019 and plummeting to 25,914 units in 2020, with the company blaming the retreat of new energy subsidies.

BAIC BluePark reported revenue of RMB 830 million ($12.961 billion) in the first quarter of this year, down 50.19 percent year-over-year.

In fact, as the number one local Chinese new energy vehicle brand in terms of sales, BAIC BluePark had a glorious past.

Arcfox delivered 525 units in July, up 90 percent from June

Yvonne Tang
Green is what I like.
In Case You Missed It
China NEV insurance registrations in 4th week of Nov: BYD 38,480, Tesla 16,121, NIO 3,759
NIO rumored to be planning to order vehicle carriers
Internal speech: William Li on NIO's new businesses, and why it's on right side of trend