BYD launched a lower-priced standard range version of its flagship Han EV on July 31, following Tesla's price cut for the Model 3 in China.

The most expensive Han EV model has a reduced range due to the use of 4WD motors.

All three versions use a blade battery with a capacity of 76.9 kWh, which takes 25 minutes to charge from 30 percent to 80 percent.

The two previously less expensive versions have a 0-100 km/h acceleration time of 7.9 seconds and the highest-priced version is 3.9 seconds. 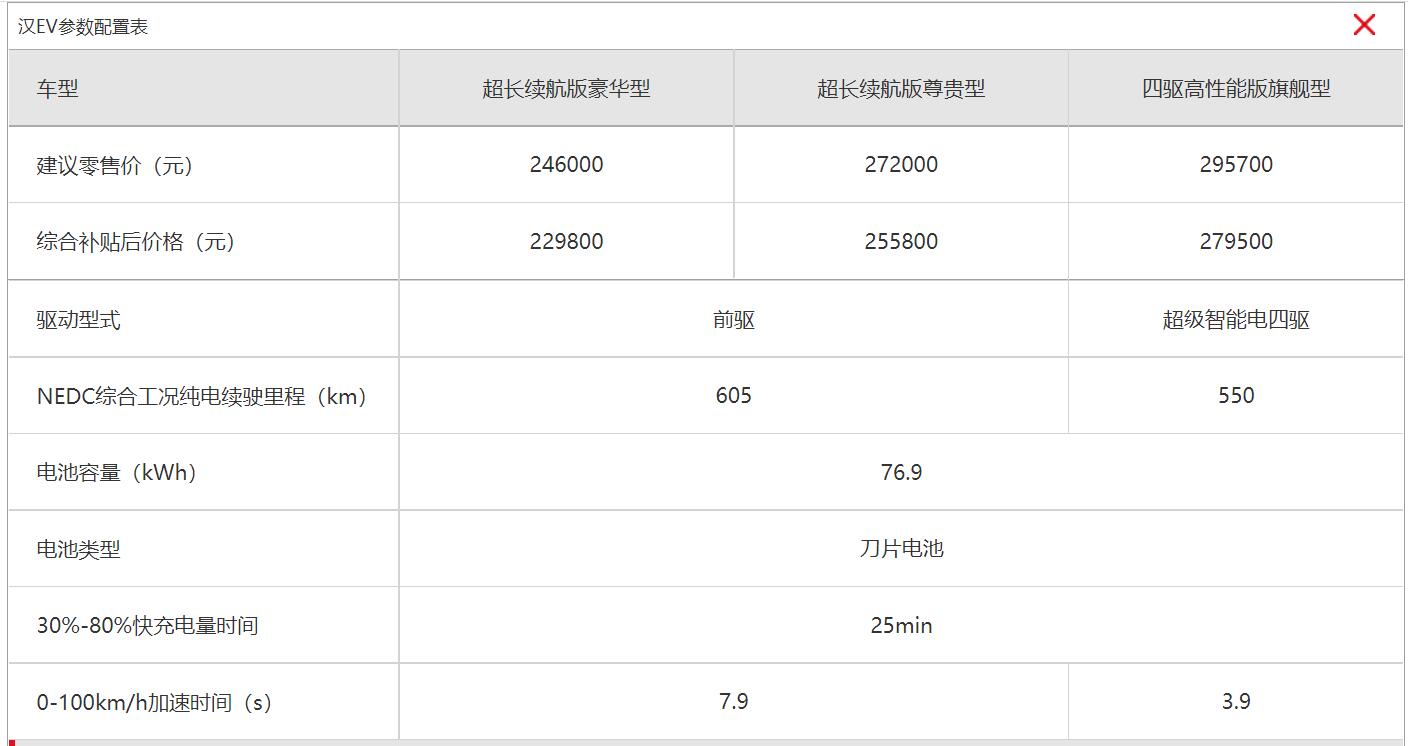 Apart from stating on Weibo that the standard range version of the Han EV has a range of 506 kilometers, BYD's website has yet to update details about its specifications.

Tesla announced on Friday that the starting price of the standard range version of the Model 3 in China is being reduced by RMB 15,000 to RMB 235,900 after subsidies effective immediately.

The Han EV's lower-priced model gives it a price advantage over the Model 3 with the price cut.

The lower-priced Han EV is available for pre-order now, with deliveries expected to begin in September 2021.

As of press time, BYD's stock traded in Shenzhen is up more than 6 percent. 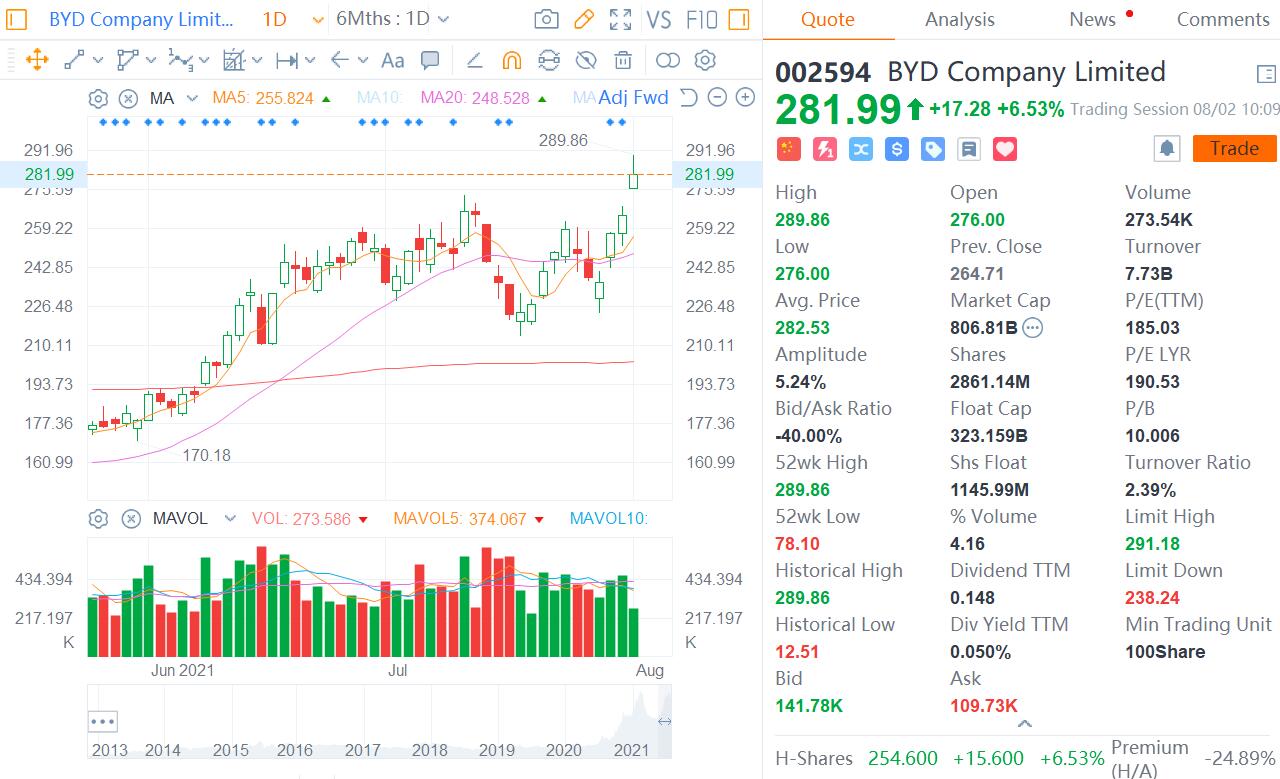 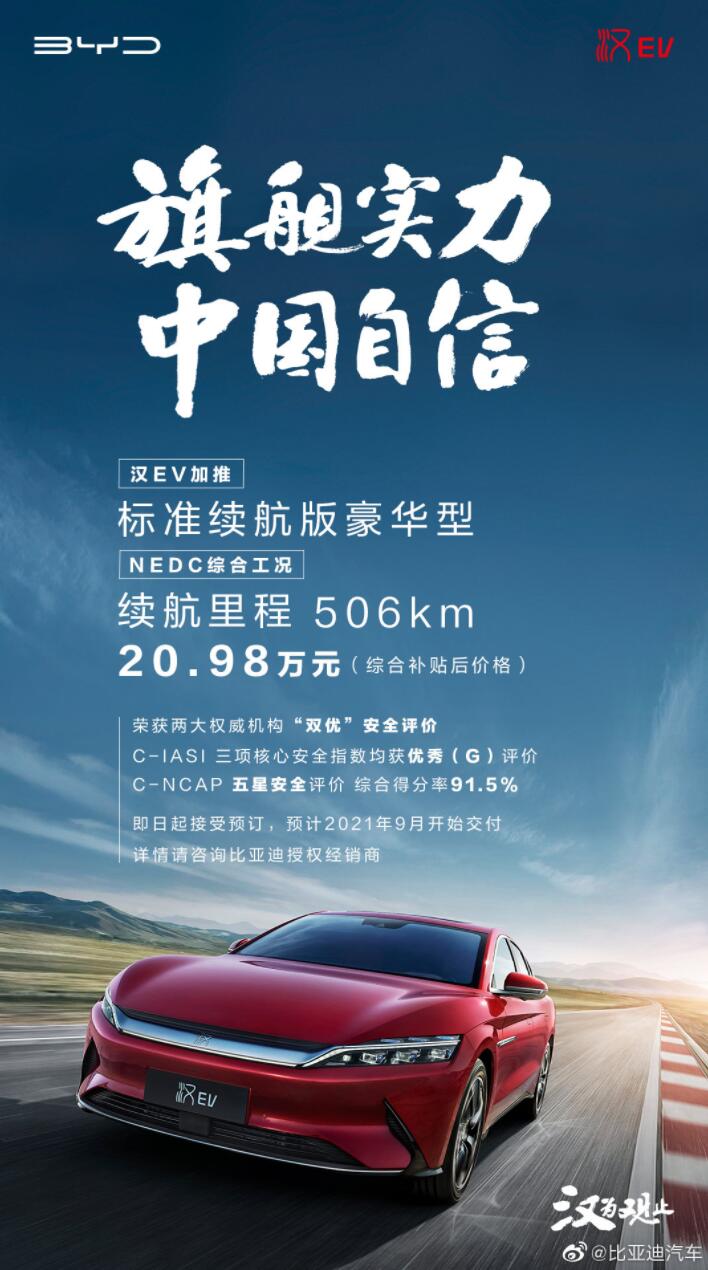 Join our Telegram group to be alerted the moment we publish an article: t.me/CnEVPost
#BYD#BYD Han#BYD Han EV
1
Comments (0)