Li Auto has passed its listing hearing on the Hong Kong Stock Exchange and will soon become another Chinese electric vehicle company listed in Hong Kong after XPeng Motors. Its filing reveals its product plans.

Li Auto currently has only one model on sale, the Li ONE, which was released in 2019 and received an update in late May this year.

According to the company's filing to the Hong Kong Stock Exchange, it will launch its X platform next year and build a full-size luxury electric SUV based on it.

Notably, though, the model will still use extended-range technology like the Li ONE, the filing said.

Late last month, Chinese media reported that Li Auto will release a new big SUV codenamed X01 in 2022, with a full size upgrade compared to the Li ONE.

If true, this would hopefully significantly improve the noise problem of the three-cylinder engine, which has been criticized by some, and would also make it more competitive with other models that use the same extended-range technology.

Starting in 2023, Li Auto will launch two new platforms, the Whale and the Shark, and plans to launch at least two premium all-electric vehicles per year by then.

Li Auto's filings with the Hong Kong Stock Exchange show that its X platform will also be used to produce all-electric vehicles starting in 2023. The Whale and Shark are pure electric vehicle platforms. 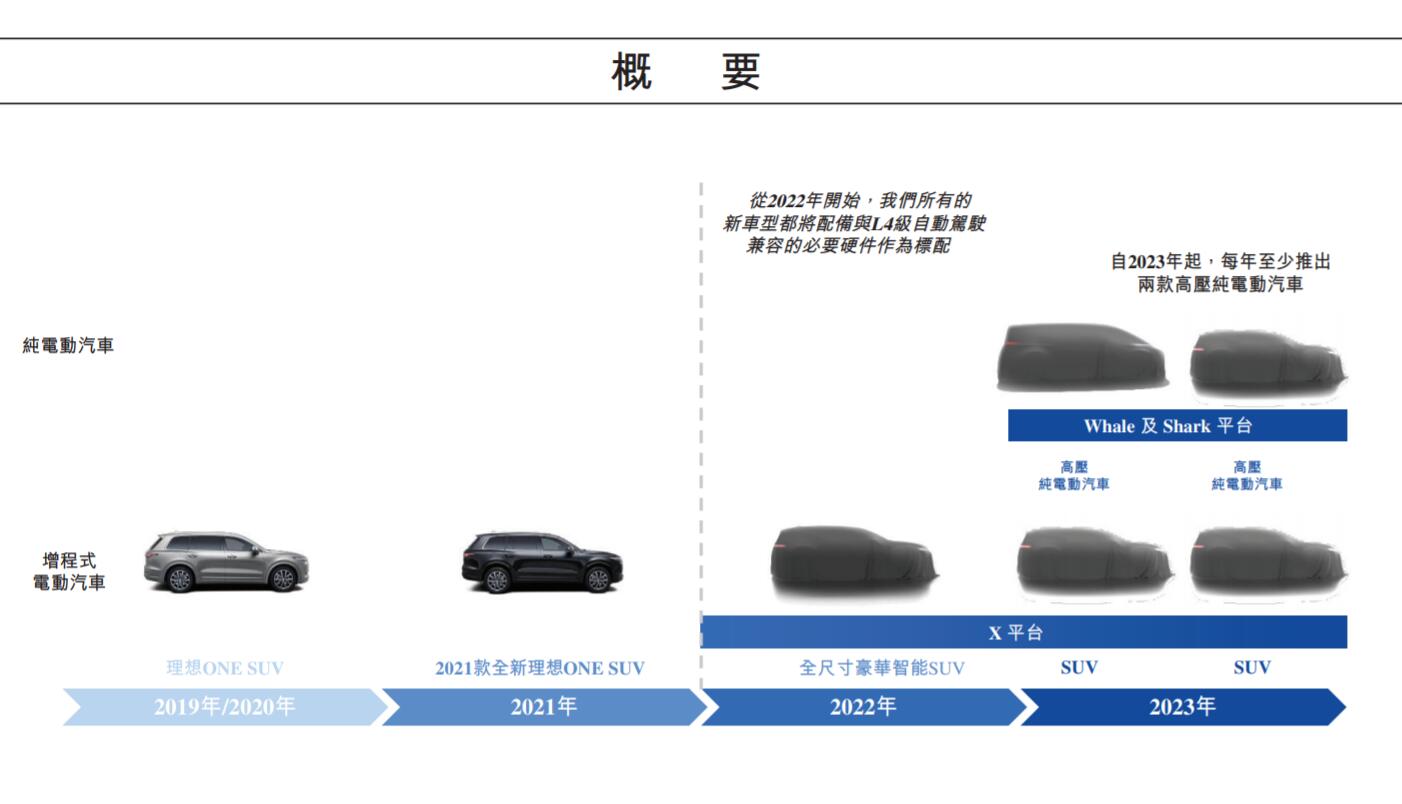