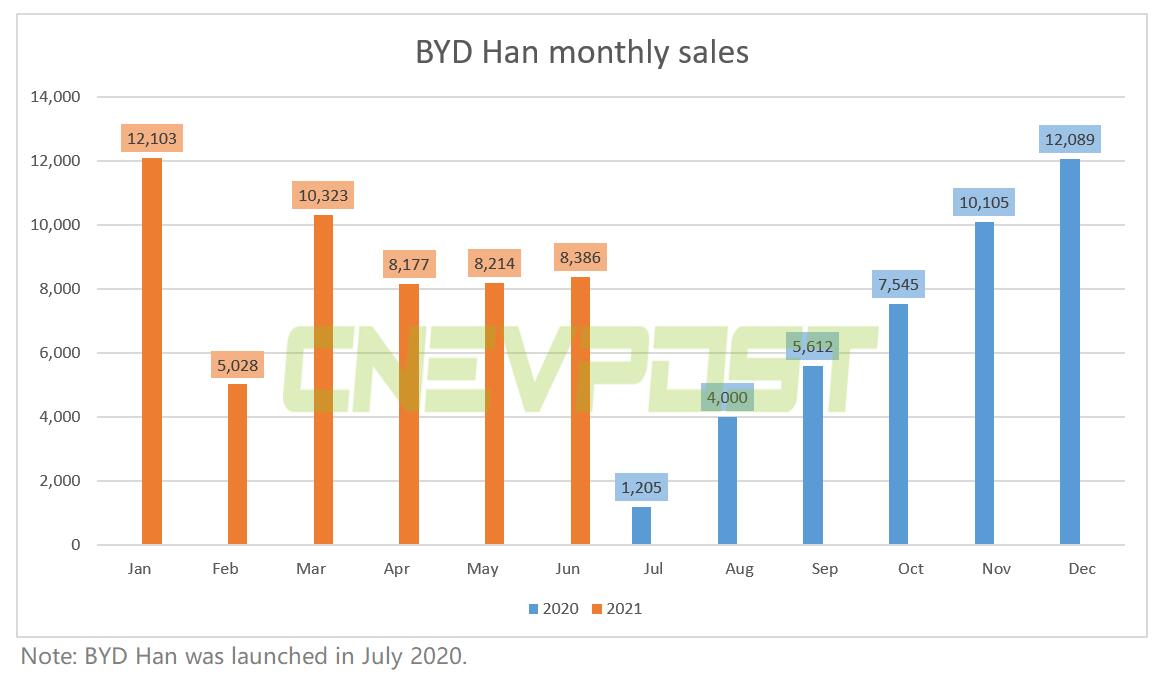 BYD's flagship new energy sedan Han sold 8,386 units in June, up 2 percent from 8,214 units in May, according to data released by the company on Tuesday.

BYD launched the Han on July 12, 2020, which includes the Han EV, an all-electric version with an NEDC range of up to 605 km, and the Han DM, a hybrid model with a range of only 81 km on pure electric power. The Han model sales announced by BYD are the combined figures of the two models.

Cumulative sales of Han models since launch have reached 92,787 units, the company said.

Han was developed to accelerate the replacement of traditional fuel vehicles with new-energy luxury vehicles, and the Han EV is the first model to be equipped with BYD's blade batteries.

With a 0-100 km acceleration time of 3.9 seconds, the Han EV 4WD performance version is the fastest mass-produced new energy sedan in China, the company had said.