More than 195 million vehicles worldwide are now equipped with BlackBerry QNX software, a 20 million increase from 2020, according to market research firm Strategy Analytics.

As of the end of the first quarter of the fiscal year 2022, BlackBerry QNX's Royalty Revenue Backlog grew to $490 million, up 9 percent from $450 million last year.

The latest figure of 195 million marks the sixth consecutive year of growth in the number of cars with the software, said Cheng Shouzhong, BlackBerry executive chairman and CEO.

It's worth noting, however, that Chinese tech giant Huawei launched HarmonyOS 2 earlier this month, which can be used not only for smartphones but also for cars. In analysts' eyes, it brings a new option to the current in-car OS market.

In a research report earlier this month, CITIC Securities analyst Jingtao Li's team said car companies' choices for in-vehicle systems mainly include QNX and Android, but they each have shortcomings in security and openness.

In terms of real-time, QNX, with its microkernel, leads the pack. It keeps individual services in different address spaces in a modular way, avoiding a system-wide crash if a single service goes wrong and making the system more reliable, according to the analyst.

QNX is currently leading the way in system security, having reached the ASILD standard, the CITIC Securities team noted.

In terms of openness, Andriod has a clear advantage. Despite QNX's security leadership, its high licensing fees and lack of openness in the underlying code make for a weak ecosystem in terms of compatibility and development difficulty.

New entrant Huawei's HarmonyOS, which offers both security and compatibility, is expected to gain a foothold in this market, according to CITIC Securities. 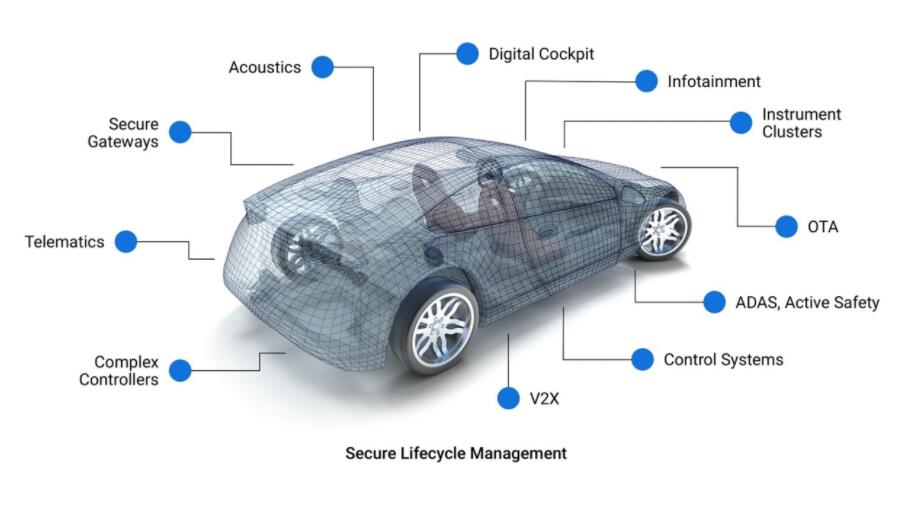