SAIC-GM-Wuling's Hongguang Mini EV maintained its position as the top-selling new energy vehicle model in China with sales of 29,706 units, according to data released Wednesday by the China Passenger Car Association (CPCA). 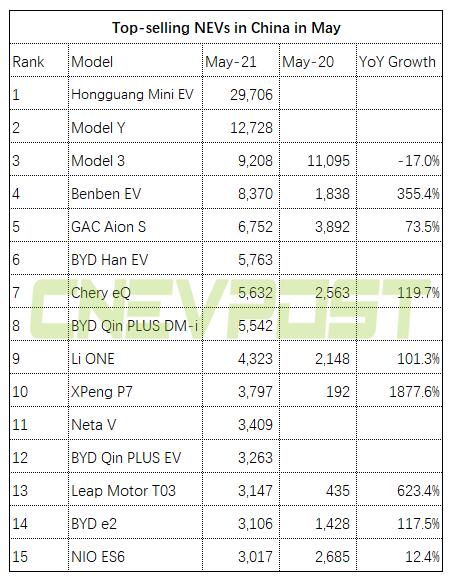 In terms of cumulative sales in the first five months, the Hongguang Mini EV ranked first with 128,796 units sold, the Model 3 ranked second with 68,330 units sold, and the Model Y ranked third with 34,557 units sold. 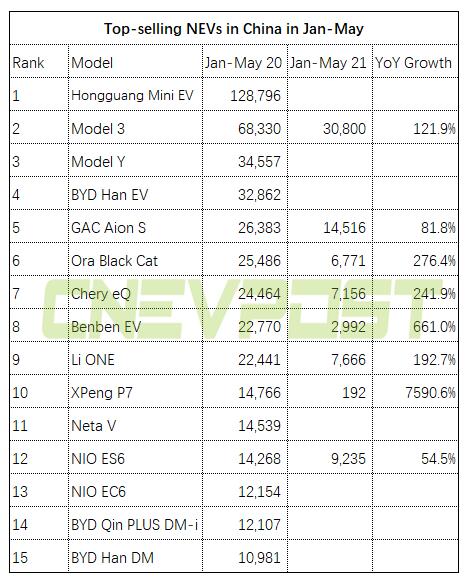 Retail sales of new energy passenger vehicles in China reached 185,000 units in May, up 177.2 percent year-on-year and 17.4 percent from April, according to data released by The CPCA on Tuesday.

Wholesale sales of new energy passenger vehicles reached 196,000 units in May, up 174.2 percent year-on-year and up 6.7 percent from April.