Home › Data › Geely sold 6,284 new energy vehicles in May, up 3 percent from a year earlier

Geely sold 6,284 new energy vehicles in May, up 3 percent from a year earlier

Geely's new energy vehicle sales in May totaled 6,284 units, up 3 percent year-on-year, according to figures released by the Chinese automotive giant on June 7. 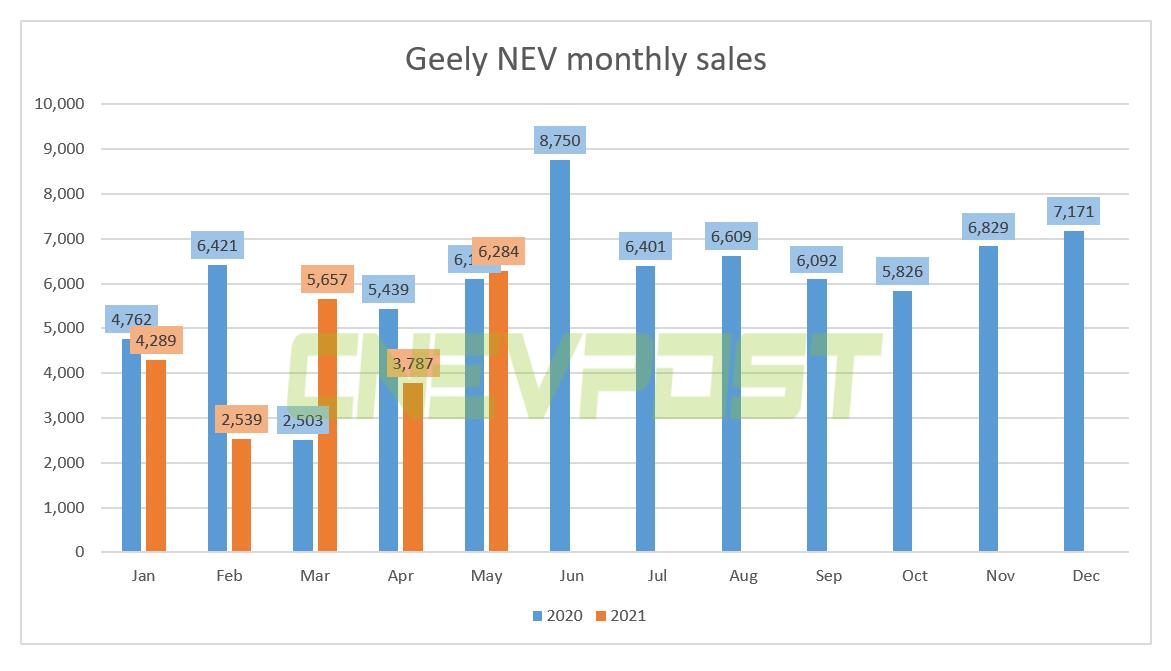 Geely sold 96,167 units of all vehicles in May. Its total January-May sales of 530,074 units were up about 26 percent from the previous year.

The company exported 10,384 units in May, up about 235 percent year-over-year. Geely continues to expand overseas, with COOLRAY already available in Nigeria, Paraguay and Angola, the company said.

The car company said on Weibo that "G Family" is a spiritual home for Geely users and a club for sharing creativity.

The brand will be user-led, user-run and user consensus will define the brand culture, and even the brand name "G Family" comes from the contributions of users, according to Geely.