In fact, this is not an exaggeration, as the sales gap between BYD's new energy vehicles and Tesla China has narrowed to 183 units in April. 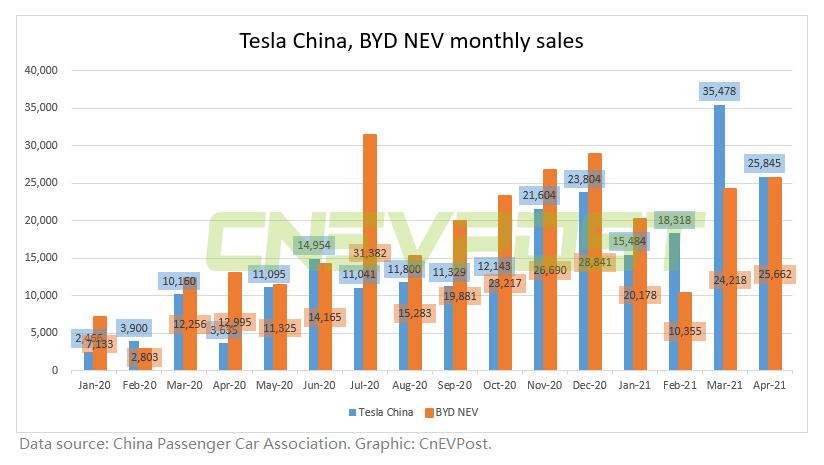 The release of BYD DM-i series models' production capacity may be the biggest reason for BYD to overtake Tesla in sales.

Since the BYD DM-i series models were launched in January, more than 100,000 orders have yet to be delivered.

On May 17, BYD apologized for the delay in delivery of DM-i models, saying the company is actively making arrangements to accelerate the capacity increase of these models.

However, the large number of orders has resulted in relatively slow vehicle deliveries. There is still an average wait time of 3.5 months for delivery of additional orders, and BYD apologizes for the inconvenience this has caused customers, the company said.

On Jan. 11, BYD unveiled DM-i Super Hybrid technology, an electric-powered hybrid technology that will enable a vehicle range of more than 1,200km and a 0-100km/h acceleration time that will be 2-3 seconds faster than that of comparable fuel vehicles.

BYD then announced three models equipped with this technology -- Qin PLUS DM-i, Song PLUS DM-i and Tang DM-i and launched pre-sale.