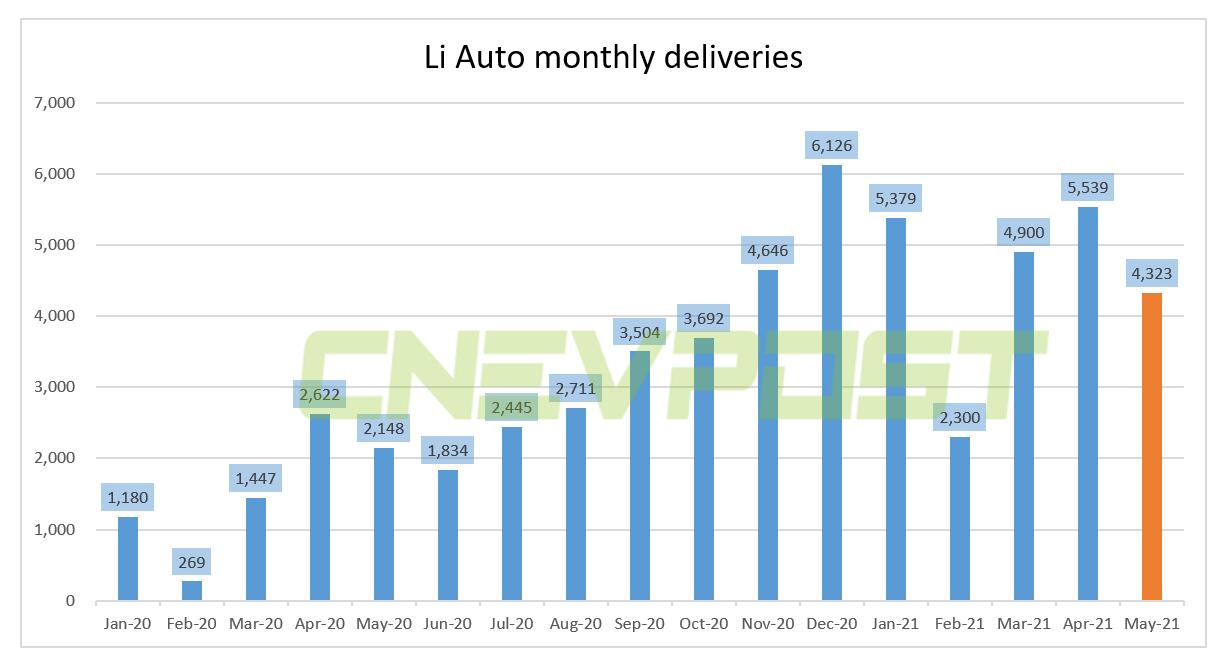 Chinese electric vehicle company Li Auto delivered 4,323 units of the Li ONE, the company's only model, in May, up 101.3 percent from a year ago but down about 22 percent from April.

On May 25, Li Auto unveiled an updated version of the Li ONE, optimizing its self-driving capabilities as well as hardware specifications. Deliveries of the new Li ONE began on June 1.

Li Auto said Wednesday that orders for the new Li ONE were very strong, with overall orders for May reaching a new record high.

"Based on order growth and the continued expansion of our sales and service network, we are confident that deliveries in the second quarter of 2021 will exceed the upper end of our guidance and continue to improve going forward," said Li Auto co-founder and president Shen Yannan.

Li Auto will also remain attentive to the uncertainty caused by the chip supply shortage facing the industry as a whole, Shen said.

As of May 31, Li Auto has 83 retail centers in China, covering 57 cities. It has 147 after-sales service centers and authorized sheet metal spray centers covering 109 cities.

NIO released data yesterday showing that it delivered 6,711 vehicles in May, up 95.3 percent from a year ago but down 5.5 percent from April. 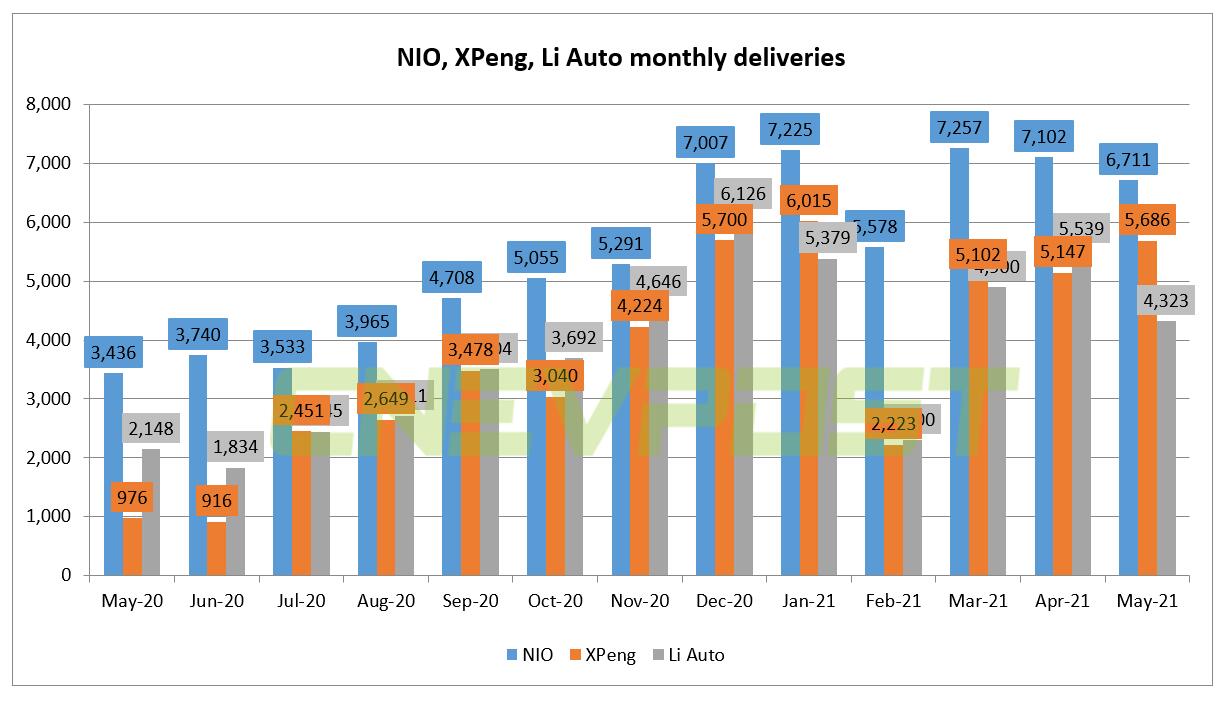