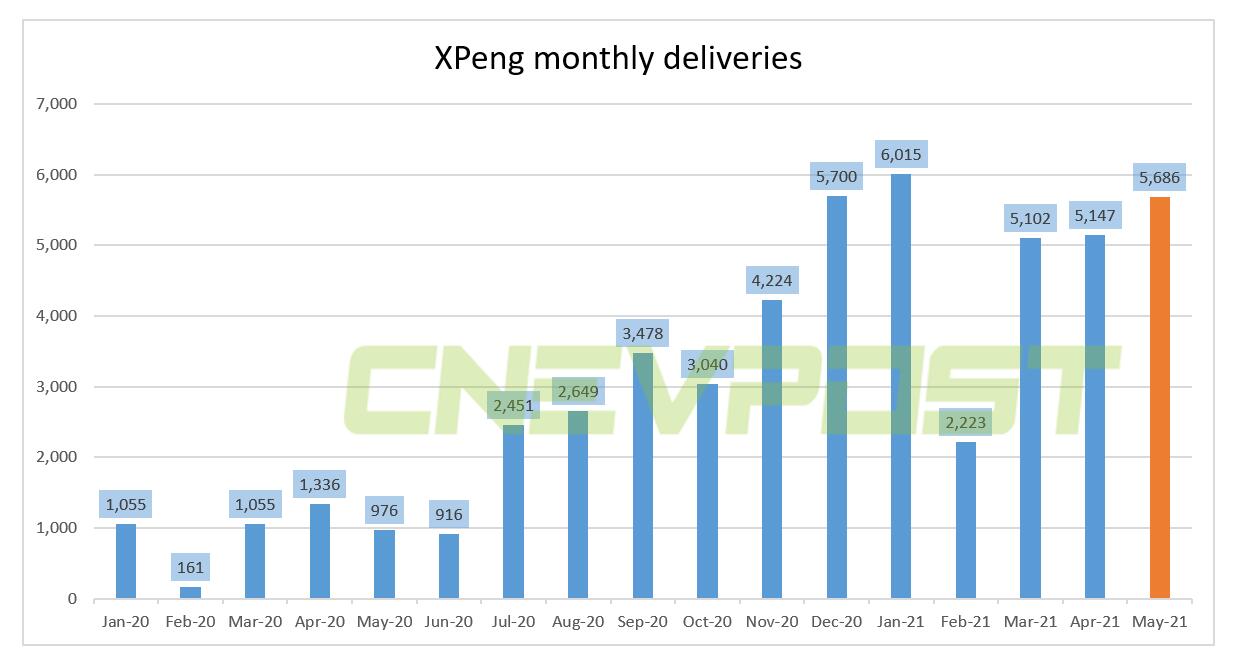 Chinese electric vehicle company XPeng Motors delivered 5,686 units in May, a 483% jump over the same month last year and up 10.47% from April.

XPeng delivered 3,797 units of the P7 sedan in May, the highest monthly delivery record since mass deliveries in July 2020.

This was driven by the launch of the lower-priced P7 with lithium iron phosphate (LFP) batteries.

XPeng said the P7 with LFP batteries has seen strong demand since its launch in March. Deliveries of the model began in May, with deliveries increasing 27 percent in that month compared to April.

Deutsche Bank analyst Edison Yu said XPeng's May deliveries were slightly ahead of their 5,500 forecasts despite facing headwinds from semiconductor shortage.

"We expect sales to increase further in the coming quarters as the supply chain situation improves and record order intake gets fulfilled," Yu said in a research note sent to investors on Tuesday.

By the end of May 2021, XPeng's cumulative deliveries for the year reached 24,173 units, more than five times the number of units delivered in the same period last year.

XPeng also plans to increase the number of sales outlets to 300 by the end of this year, covering more than 110 cities.