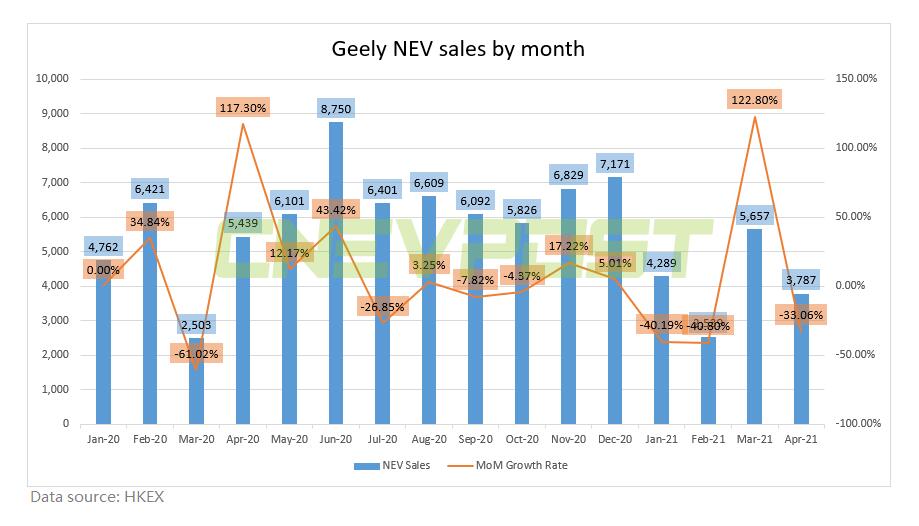 Geely's sales of all cars in April were 100,331 units, down 5 percent from a year ago and up 0.3 percent from March, according to an announcement by the company on the Hong Kong Stock Exchange.

Geely exported 8,578 units in April, an increase of about 96 percent from the previous year.

In April, China's auto industry sales were estimated at 2.173 million units, down 13.9 percent from March and up 5 percent from a year earlier, the China Association of Automobile Manufacturers said in a report released May 7.

From January to April, cumulative sales in China's auto industry are estimated to have finished at 8.657 million units, up 50.3 percent year-on-year.