After a big jump in sales in March, almost all of China's electric car companies saw sales decline in April, even though the numbers were much higher than a year earlier. 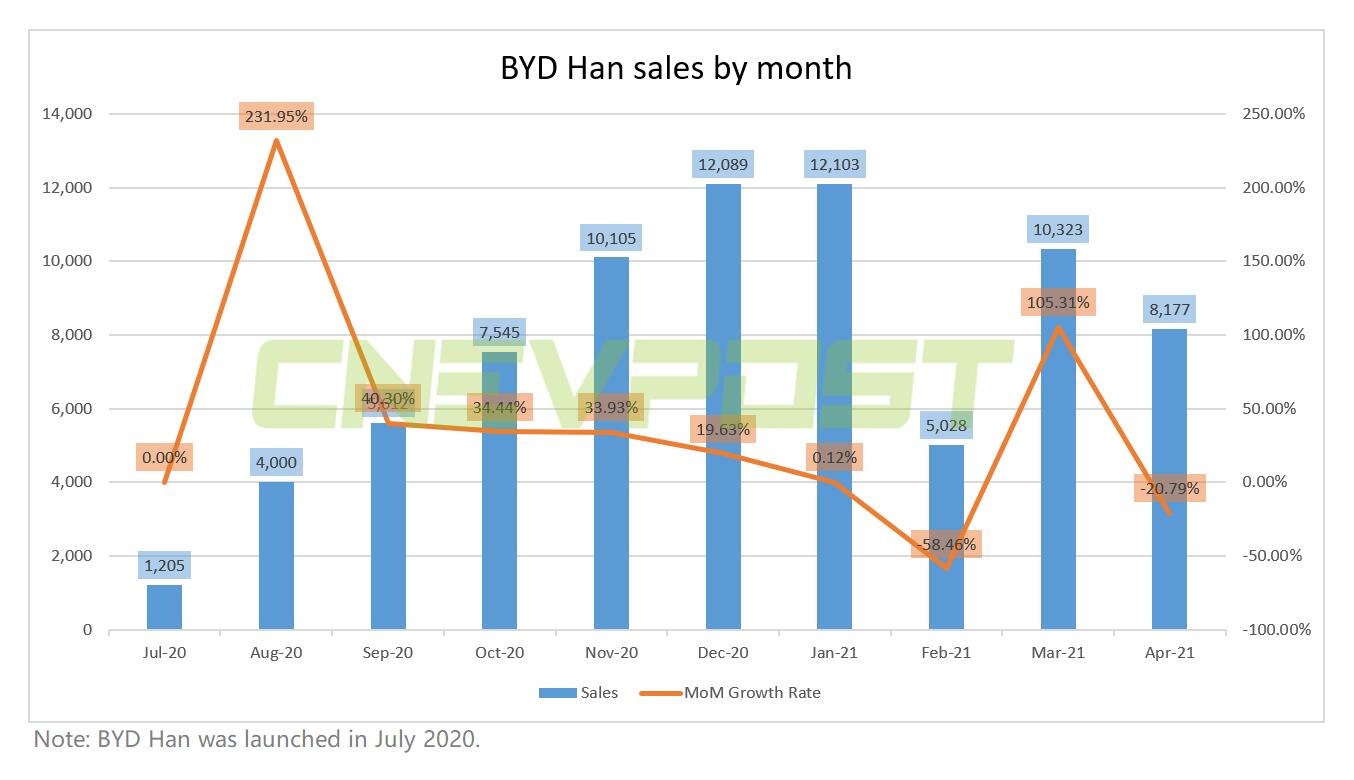 The Han model sold 35,631 units in the first quarter of this year, accounting for 46.8% of its total sales. Sales of BYD's new energy vehicles exceeded those of its fossil fuel vehicles in the quarter.

By comparison, the younger NIO also delivered 20,060 electric vehicles in the first quarter.

It is worth noting that BYD Han includes the all-electric Han EV as well as the hybrid Han DM, and the sales figures above include both models.

The Han DM 4WD Performance Edition Luxury is the fastest accelerating plug-in hybrid sedan in China, with a 100km acceleration of 4.7 seconds.