Chinese electric vehicle company XPeng Motors delivered 5,147 vehicles in April, up 0.88 percent from 5,102 units in March. Compared to the same month last year, XPeng's deliveries were up 285 percent, marking the 10th consecutive month of year-on-year growth of more than 100 percent. 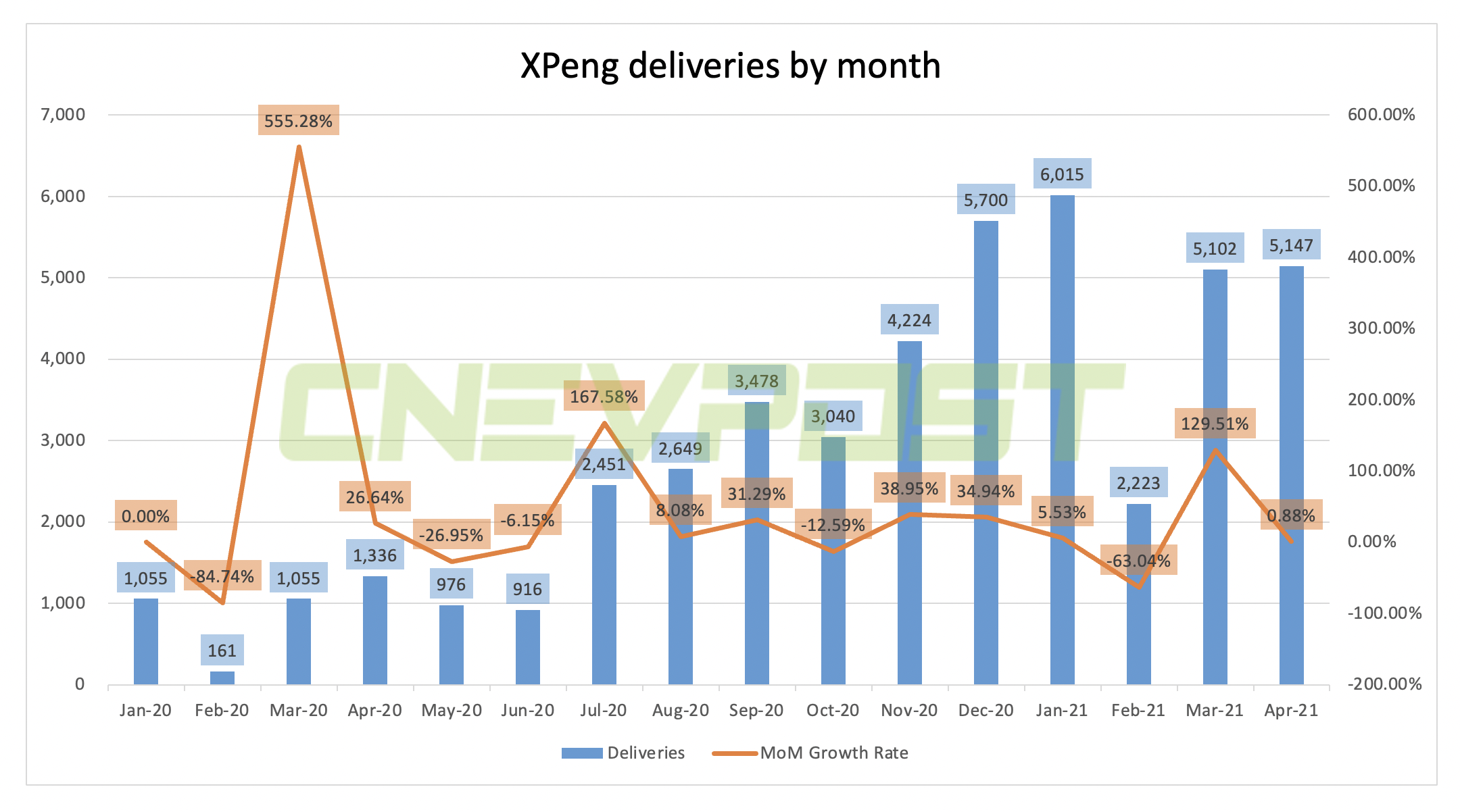 By the end of April 2021, XPeng's cumulative deliveries this year have reached 18,487 units, five times the number of units delivered in the same period last year.

XPeng will release its first-quarter 2021 financial results on May 13.

XPeng went public in the US in August last year and its share price once rose more than three times to above $70. However, the stock price went lower after that, falling back to $29.91 as of Friday's close.

The model began accepting pre-orders on April 19, and as of April 21 the XPeng P5 had received more than 10,000 orders, the company previously said.

XPeng's local counterpart NIO released figures Saturday showing it delivered 7,102 vehicles in April, down 2 percent from March, as a chip shortage put constraints on its production capacity. But the figure was up 125.1 percent from a year earlier.

The decline in NIO's April deliveries from the previous month reflects the impact of the chip shortage that has been lingering throughout the industry. From March 29 to April 2, NIO temporarily halted production for five working days due to the chip shortage, resulting in about 500 fewer units than normal in April.