Given NIO's relatively well-established battery pipeline, it seems that other companies are interested in using its batteries to save development costs.

NIO is open to other companies using its battery packs, and some brands are in talks to work with NIO, William Li, founder, chairman and CEO of NIO, said after the company signed a deal with fossil fuel giant Sinopec on Thursday.

But that would require those companies to overhaul their own vehicles' chassis to be able to match NIO's battery packs, he said.

Currently, NIO's battery packs can match models about the size of the Tesla Model 3, Li said.

The fact that the batteries can be replaced is the most important label for NIO and a big reason why the electric car company is focusing on battery technology.

The battery pipeline at NIO is currently available in a 70kWh version, a 100kWh version, and a 150kWh version that is expected to be delivered in the fourth quarter.

It's worth noting that even if a company decides to use NIO's batteries now, it seems unlikely to get much supply, as NIO's own supply is tight.

Late last month, NIO announced a temporary five-day shutdown of its Hefei manufacturing site due to a chip shortage and a shortage of battery supply.

Earlier this month, Li said that the current capacity of its manufacturing base is 400 units per day, with a monthly capacity of 10,000 units based on 25 working days per month.

But the supply chain, including chips and batteries, is now under pressure to produce 7,500 units per month, Li said.

Li predicted that the chip shortage will ease in the third quarter, and the shortage of 100-degree battery pack capacity is expected to ease in June and July. 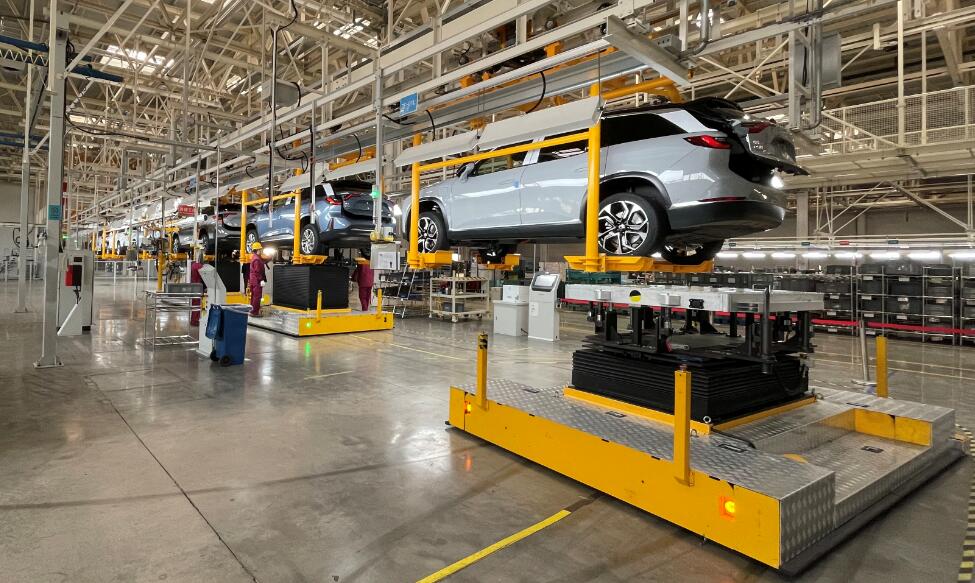