Since its launch in July last year, the Han model has sold more than 10,000 units in four months, ranking among the top three new energy vehicles sold in China, with a cumulative total of 68,010 units sold.

It's worth noting that BYD Han includes the all-electric Han EV as well as the hybrid Han DM, and the above sales figures include both models. 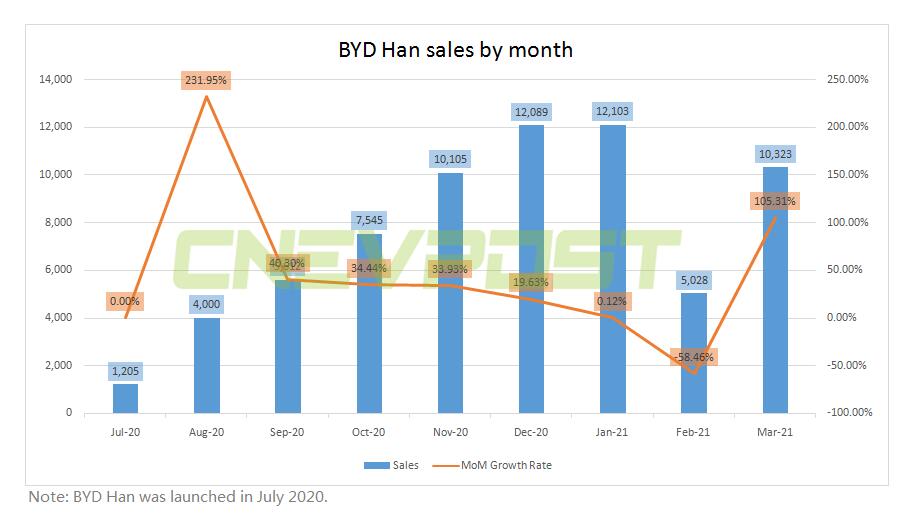 BYD said on Tuesday that the company sold 16,301 electric vehicles in March, up 56.24 percent from a year earlier and more than double the 7,257 units sold by its local counterpart NIO.

In the first quarter of this year, the company sold 38,599 electric vehicles, up 113.14 percent from a year earlier.