Li Auto to issue up to $750 million in convertible notes, shares fall 4% after hours

The initial conversion rate, interest rate, and other terms of the notes have not been finalized and will be determined at the time of pricing of the offering, according to an announcement.

The company intends to grant the initial purchasers in the offering a 13-day option to purchase up to an additional $112.5 million aggregate principal amount of the notes, Li Auto said.

The notes will mature on May 1, 2028, and holders may convert any or all of their notes at their option at any time on or after November 1, 2027.

After the announcement, Li Auto's ADR was down about 6 percent in after-hours trading, before narrowing to 4 percent at press time. 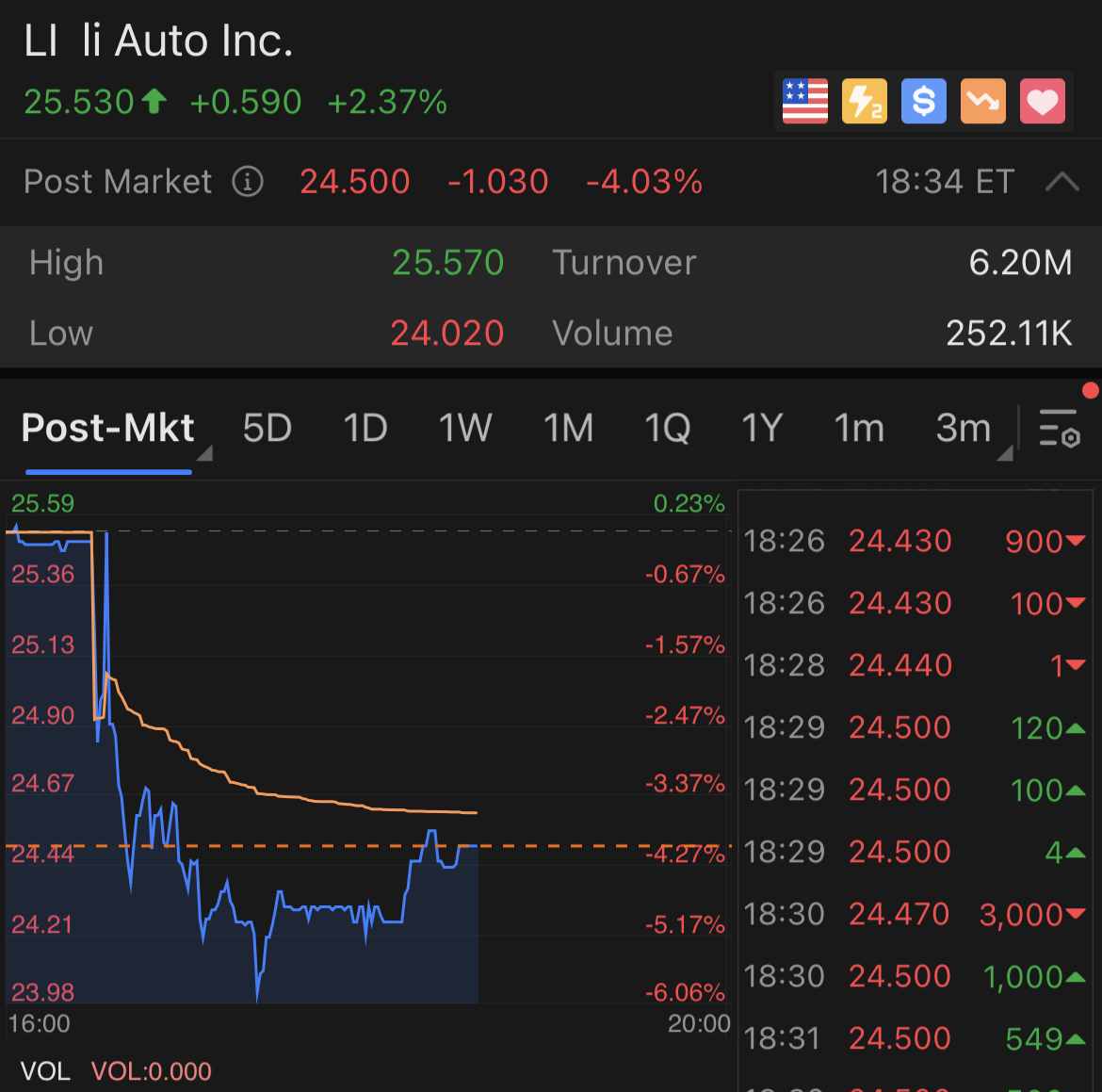 In addition, the funds will be used for automated driving technologies and solutions, as well as for general corporate purposes, the company said at the time.