Xiaomi's phones are highly competitive for their strong performance at low prices, and now its fans want the company to bring that tradition to the car segment as well. The company seems inclined to heed this user suggestion.

The first Xiaomi car will be a sedan or an SUV, and the exact model will be discussed again, he said.

Lei held a personal live broadcast on April 6 at 20:00 to announce the Xiaomi car, and launched a survey poll on Weibo before the broadcast.

His Weibo followers voted on whether the Xiaomi car business should use the Xiaomi brand, and the vast majority of participants chose to use the brand.

The poll also included what model users expected Xiaomi's first car should be, with the most people choosing a sedan, followed by an SUV. 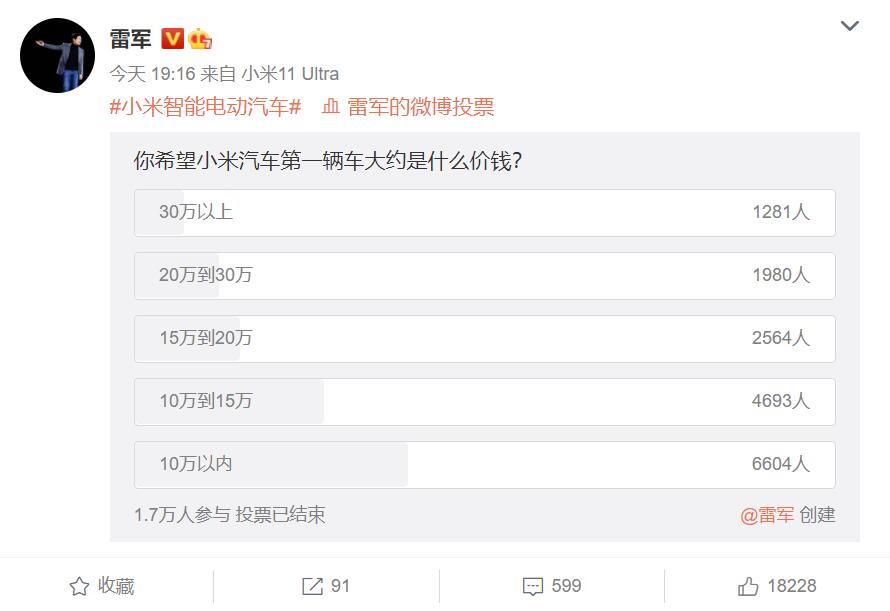 Lei Weibo fans are expecting the same price as analysts.

The analyst said Xiaomi has strong supply chain management and cost control capabilities and will launch a very cost-effective model.