Chinese electric vehicle maker NIO unveiled the NIO ET7, the company's first flagship sedan, at its annual NIO Day event on Jan. 9. The company will showcase the model at the upcoming Shanghai auto show at the end of this month, with interior details expected to be open to the public for the first time.

The 19th Shanghai auto show will be held at the National Convention and Exhibition Center (Shanghai) from April 19 to April 28, 2021, and will be one of the most important events for a large number of car companies, including NIO, to showcase their flagship products and technologies.

NIO announced Friday that the first production line body for the ET7 went off the production line at its Hefei manufacturing base on April 1, setting the stage for the vehicle's scheduled delivery in the first quarter of 2022.

The announcement was made by a staff member from NIO's integrated communications department on the NIO App. In the comments, a user asked when people could see the show car and details of the exterior and interior, to which the staff replied, "Stay tuned for the Shanghai auto show." 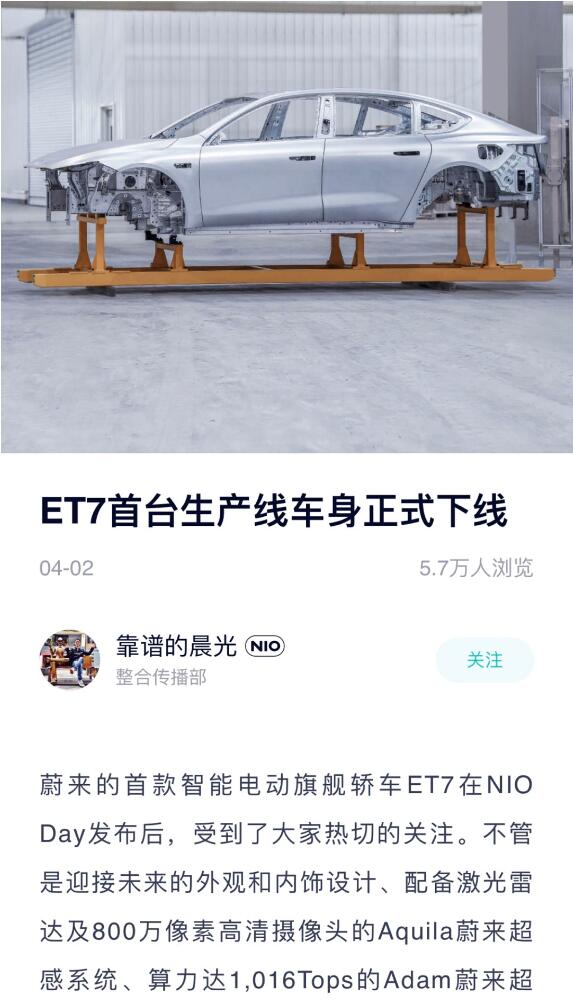 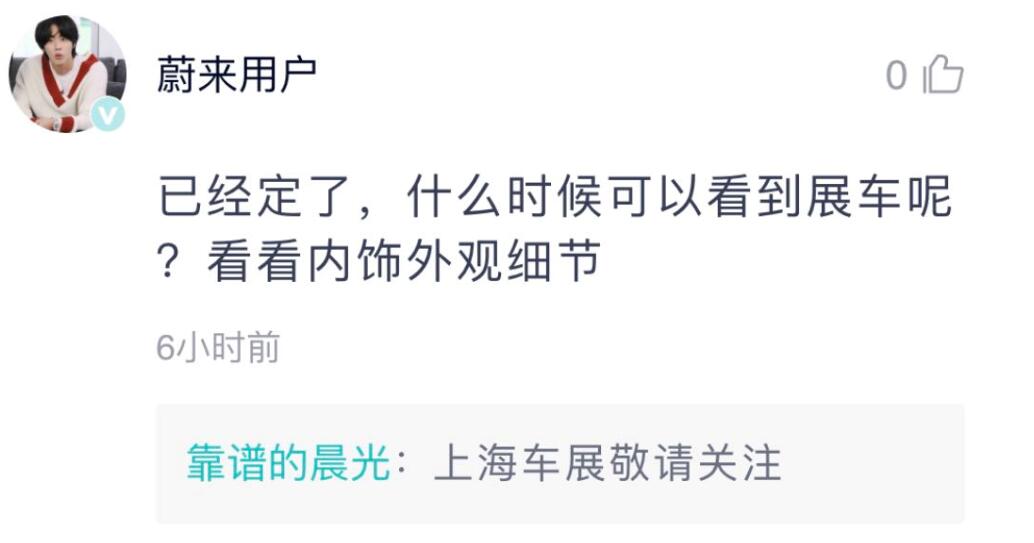 After launching the ET7 in the southwestern Chinese city of Chengdu on January 9, NIO presented the model at the local NIO House the next day, where a large number of media, including CnEVPost, were able to see the model up close.

Its exterior is impressive, but the interior has never been open for public experience, with only a few official pictures available. 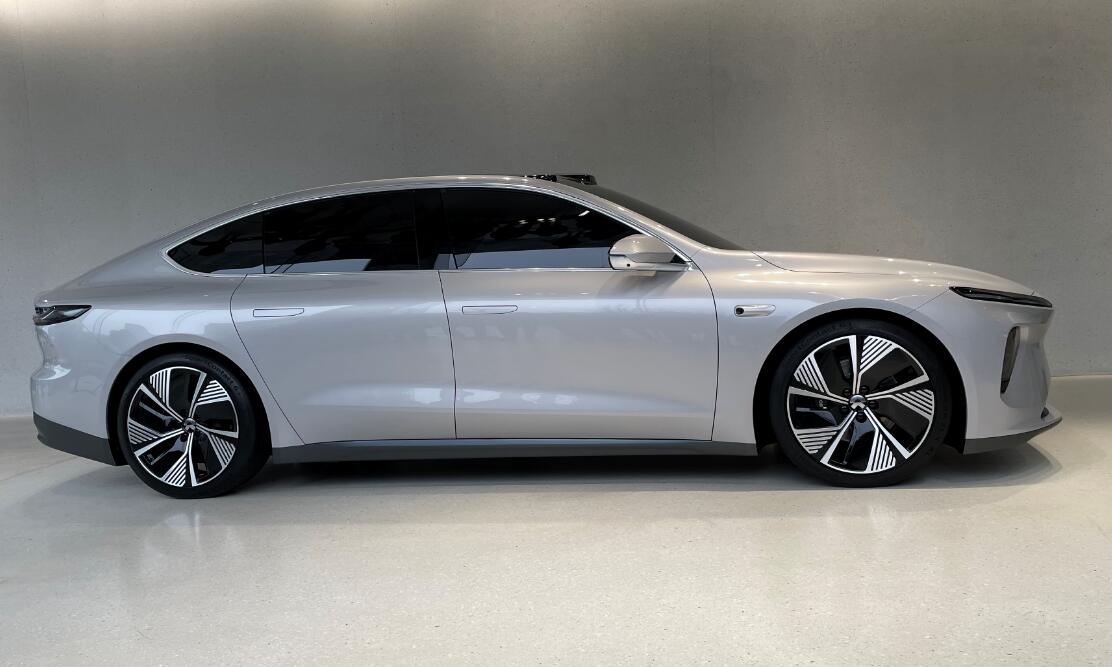 (CnEVPost photographed the NIO ET7 in Chengdu on Jan. 10.) 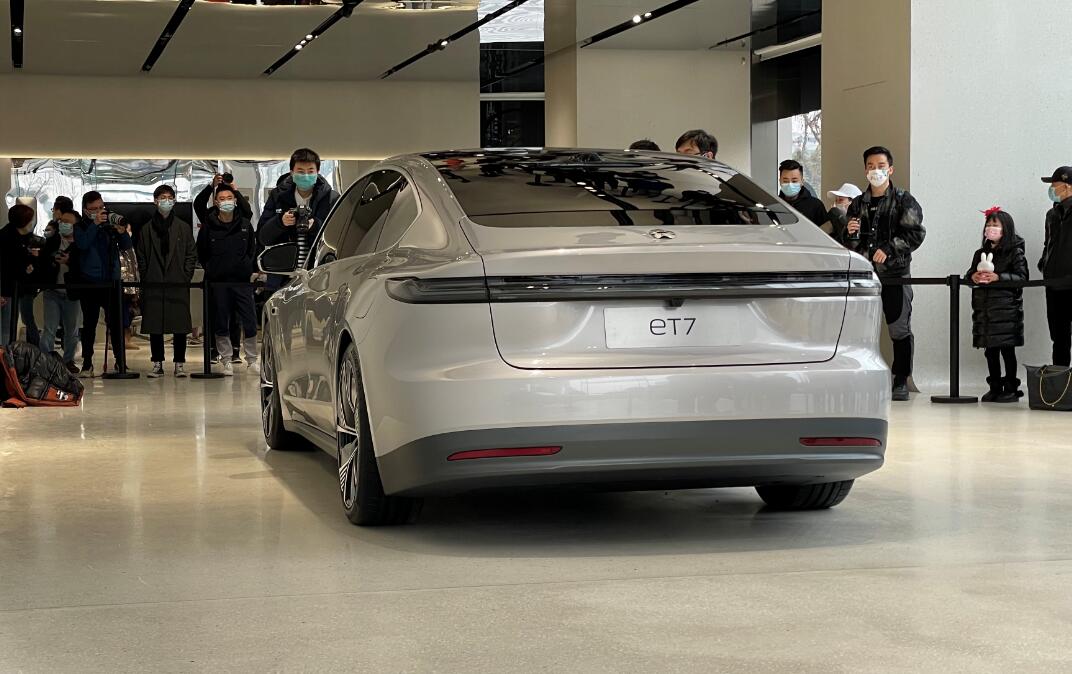 (CnEVPost photographed the NIO ET7 in Chengdu on Jan. 10.)

According to the latest information released by NIO App, NIO will not only let users see the exterior of ET7 at the upcoming Shanghai Auto Show but is also expected to allow users to enter the car to experience the interior details for the first time.

In yesterday's article, NIO said that the new welding line specially manufactured for ET7 at the Hefei advanced manufacturing base will also be put into operation soon, which means that the ET7 production car is getting closer to its official debut.

As CnEVPost reported previously, at the NIO Day on January 9 this year, William Li, founder, chairman, and CEO of NIO, unveiled the NIO ET7 sedan and said that the model was available for pre-order.

Previously the company's models were all Chinese favorite SUVs, including the ES8, ES6, and EC6.

NIO has never disclosed the number of orders for the ET7 but has said several times that it has exceeded expectations with more orders than any previous car.

The car will be equipped with a future 150kWh solid-state battery with an energy density of 360Wh/kg and a maximum range boasting up to 1,000km.