Tesla's second-gen Wall Connector reduced by about $305 in China

If that charging cable exceeds 40 meters, a fee of RMB 70 per meter will be charged.

In addition, Tesla has also introduced a new look third-generation Wall Connector to allow further improvement in charging efficiency. The Model 3 standard range version can be charged from 10% to 90% in 4-5 hours and the Model Y charges from 10% to 90% in 6-7 hours.

Previously, Tesla has made price increases for several products.

On March 24, Tesla announced that due to cost fluctuations, China-made Model Y prices rose by RMB 8,000, with an adjusted price of RMB 347,900-377,900, with orders placed but not delivered unaffected. 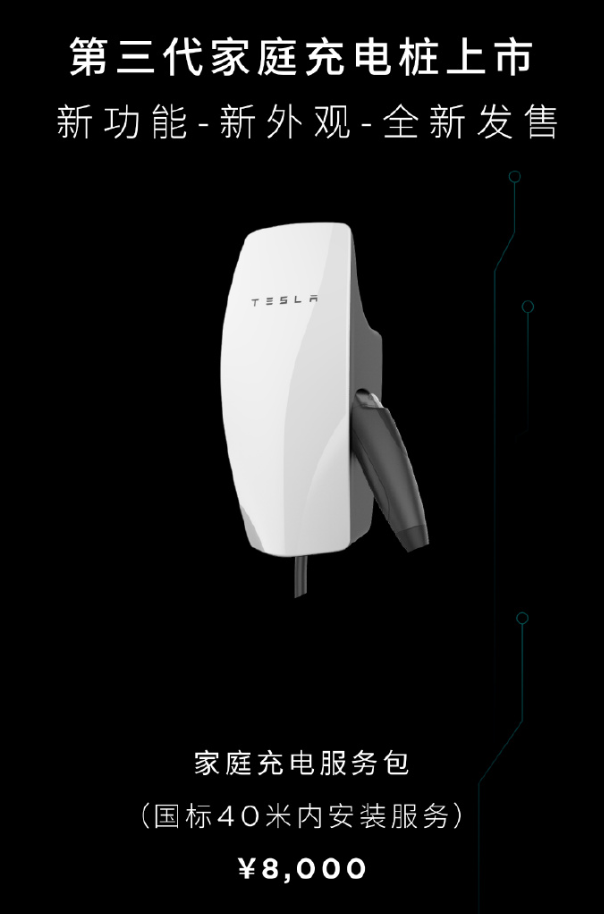