The BYD Han EV has sold more than 10,000 units for three consecutive months, thanks to its specifications and offline stores in China, local media Chedongxi.com reported on Tuesday.

In the first two months of the year, the Han EV ranked third in the number of new private EVs insured in China, behind the Wuling Hongguang Mini EV and the Tesla Model 3.

When compared with the other two, salespeople will emphasize the Han EV's higher charge and discharge times, greater interior space, and better value for money, Chedongxi.com said after visiting BYD dealers.

Some stores set up a comparison sign next to the Han EV's display car, allowing users to compare the specifications of the Tesla Model 3 and Han EV.

One store in Beijing said the Han EV's monthly sales exceeded 200 units, and when sales were good the monthly sales for the whole of Beijing exceeded 5,000 units.

Some users claim that the blade battery used in the Han EV is safer, which is an important reason for the car's popularity.

In contrast, Tesla has been questioned by users many times in China because of problems including runaway and spontaneous combustion.

All things considered, consumers are under the impression that this car offers better value for money and better safety than its competitors, making it one of BYD's most popular luxury cars, the report said. 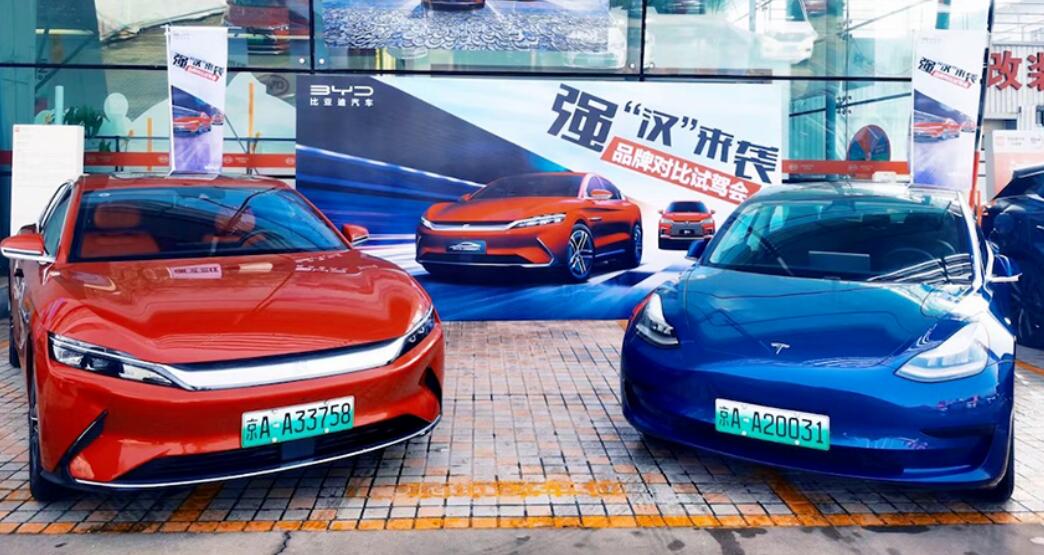 Join our Telegram group to be alerted the moment we publish an article: t.me/CnEVPost
#BYD Han#BYD Han EV
4
Comments (0)