FinDreams Battery recently job postings, cited by the Shanghai Securities News, showed that the battery factory is mainly responsible for the production, packaging and storage, and transportation of lithium-ion power batteries.

"The plant is being prepared for the supply of European automotive customers and the further expansion of BYD's overseas business," Li Yunfei, general manager of BYD's brand and public relations department, was quoted by the Shanghai Securities News as saying.

BYD announced the launch of the Blade Battery in March last year and the establishment of five subsidiaries under the name "FinDreams" to speed up sales of the core component for new energy vehicles.

He Long, vice president of BYD and chairman of FinDreams Battery, said at the time that "almost all the car brands are exploring with us the cooperation options based on the blade battery technology."

Hyundai Motor had recalled several of its new energy vehicles from around the world due to defective battery system components. Sources say BYD's blade battery is getting attention from Hyundai, Ford, Toyota, and other car companies, according to the Shanghai Securities News.

"Europe could be a key factor affecting power cell companies' ranking in the global power cell installation in the future," the Shanghai Securities News quoted industry sources as saying. 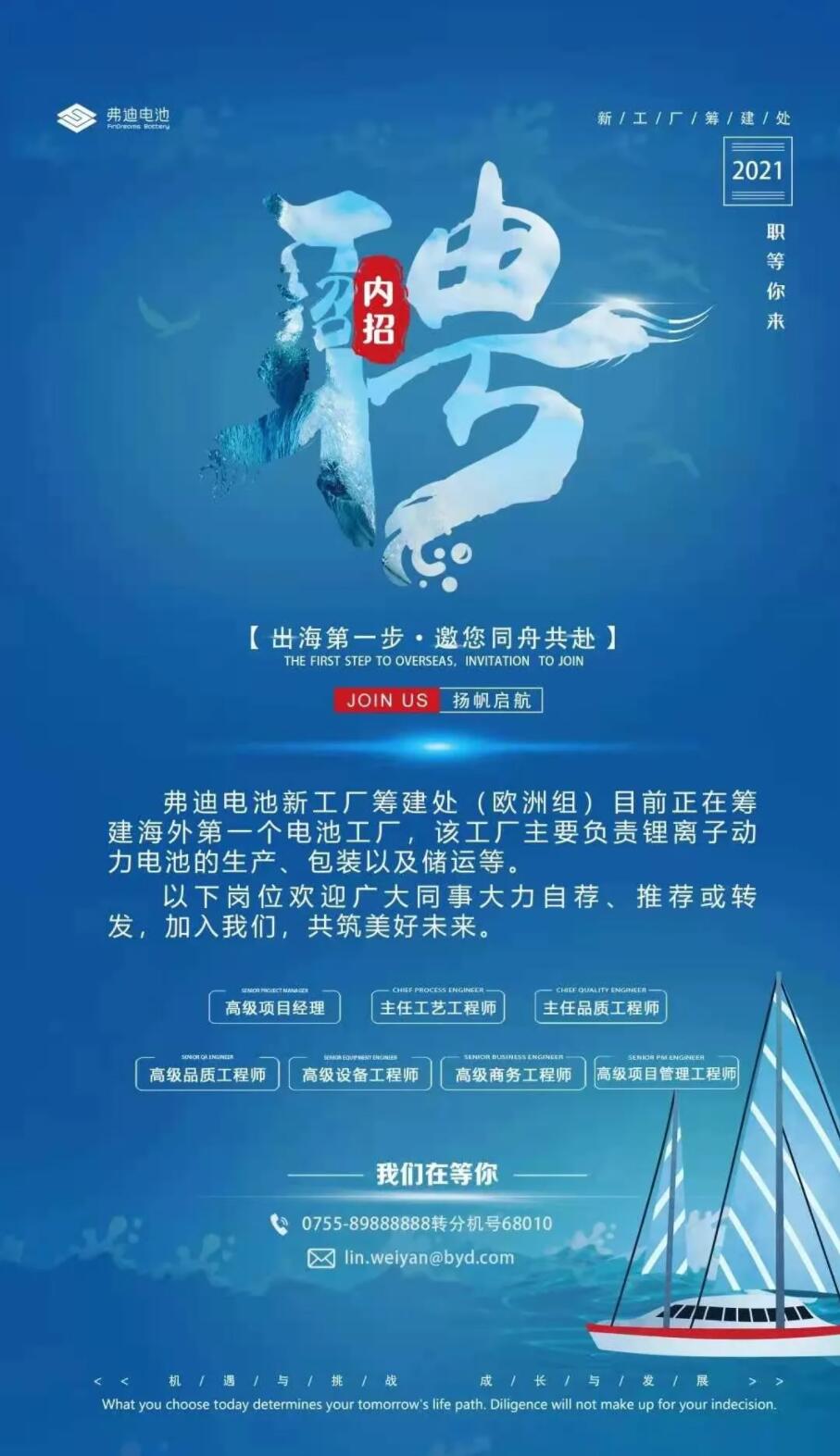