The top three cities for new energy vehicle sales in China in 2020 are Shanghai, Beijing and Shenzhen, and the cities with the highest sales growth rates are Chongqing, Shanghai and Zhengzhou, according to a report released by Chinese search giant Baidu. 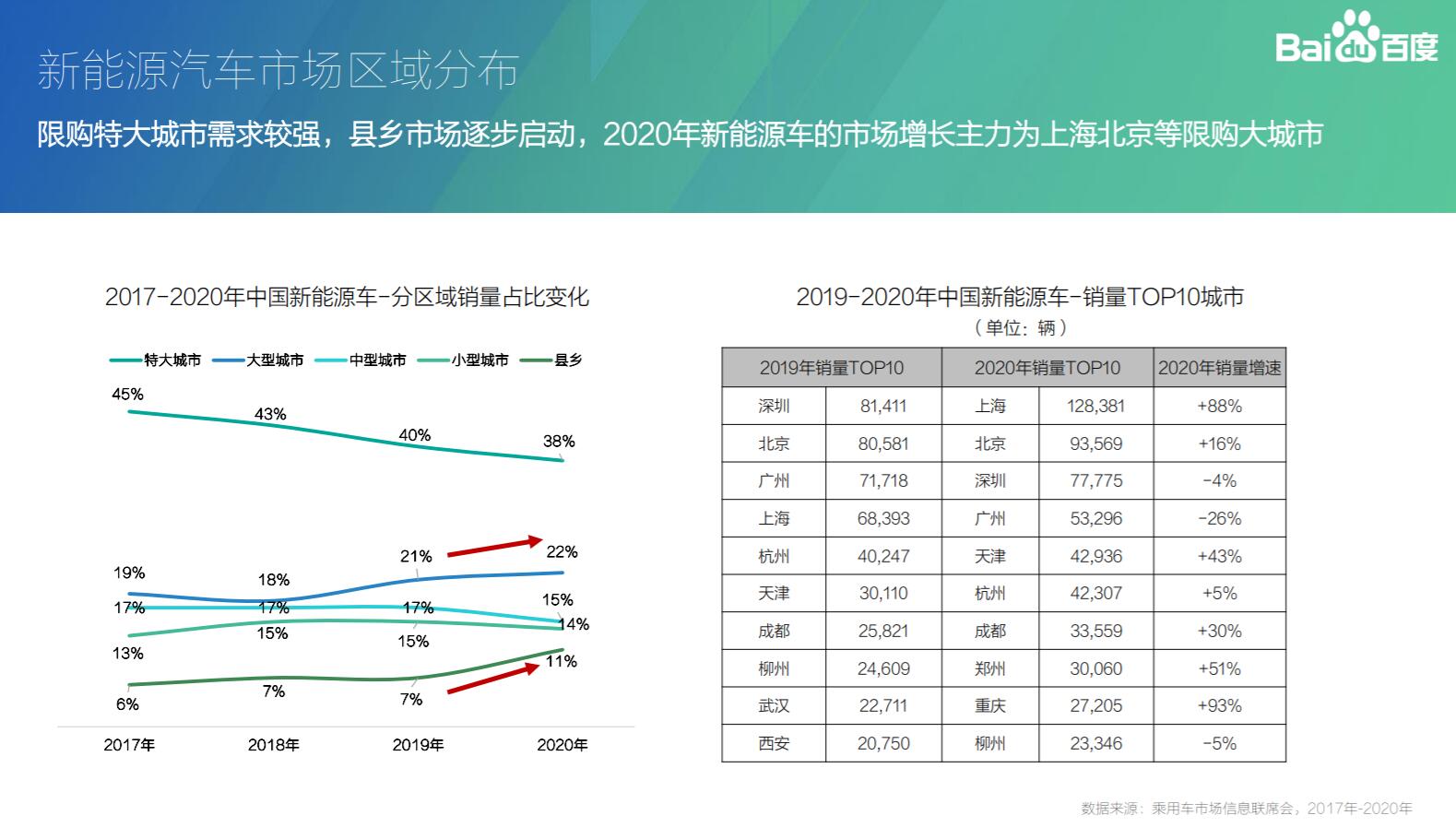 In addition, the overall market penetration of pure electric vehicles is significantly higher than that of plug-in hybrids, a trend that is especially prominent in megacities and large cities. 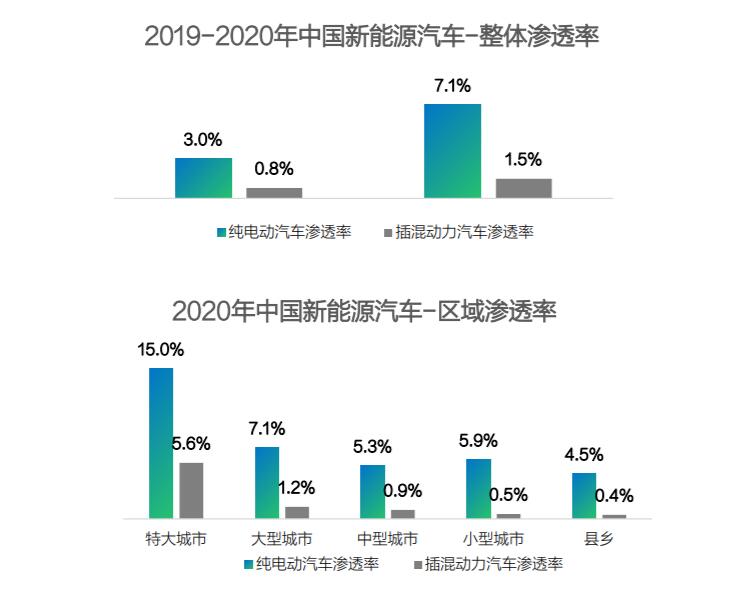 As the pioneer cities for new energy adoption, major cities including Shanghai and Shenzhen are performing particularly well in terms of penetration rates. 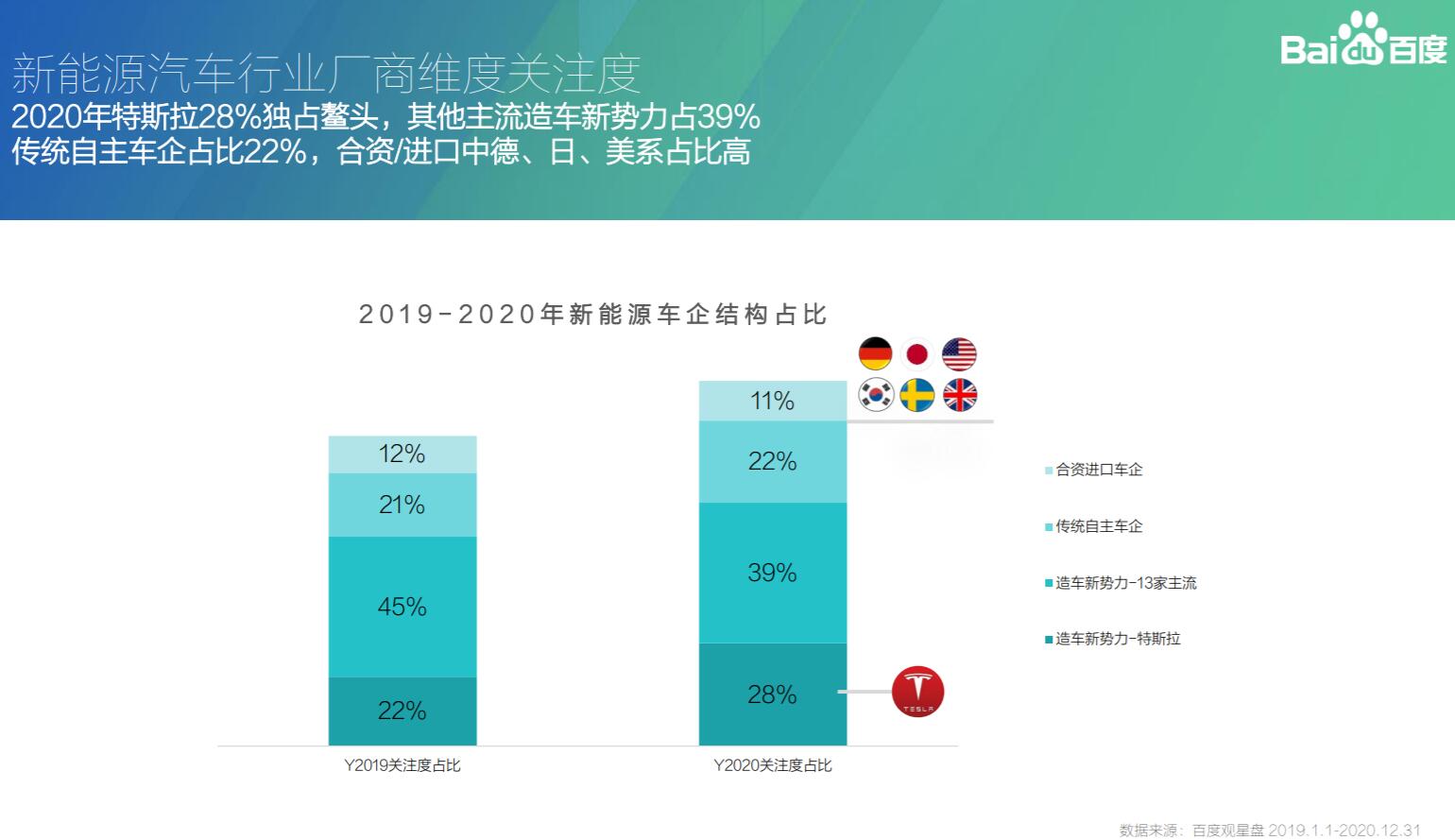 And among the traditional car companies (independent/joint venture/import) that launched new energy vehicles, BYD, Chery New Energy, Lexus, Geely New Energy (including Geometry), and Great Wall (including Ola and WEY) are the top five in terms of consumer attention, according to the report.

The localization of Tesla and the market introduction of some NIO models after 2020 have led to a significant increase in sales of B-segment cars and mid-size SUVs, thus attracting traffic for  models that prices RMB 300,000-500,000, according to the report.

If you need the orginal report, just leave a comment.