A total of 155,000 new energy passenger cars were sold in China in January, up 274.5% year-on-year and down 25.3% from December, according to data released by the China Passenger Car Association (CPCA).

The second-ranked Tesla Model 3 sold only about half as many units as Hongguang Mini EV did, with 13,843 units sold in January.

The recent data released by the CPCA showed that the wholesale sales of new energy passenger vehicles reached 168,000 units in January, up 290.6% year-on-year and down 20.5% from December.

The top 5 car companies in the new energy passenger car market accounted for 58% in January, up 10 percentage points from January last year, the data showed. 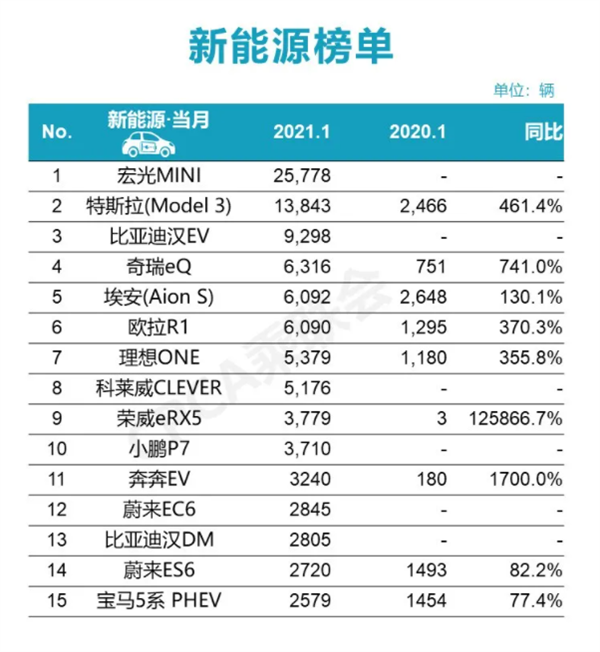