Chinese tech giant ByteDance is investing in local self-driving startup QCraft in a deal that could be announced as early as next week, Bloomberg said Thursday, citing people familiar with the matter.

QCraft's current round of funding round will be at least $25 million, the report said, adding that it is another indication of the increasingly blurred lines between auto companies and large tech firms.

This comes after a series of similar investments and partnerships between tech companies and automakers, particularly in China.

As features such as autonomous driving and smart mobility solutions revolutionize the automobile, both traditional and electric car makers are scrambling to gain an edge.

At the same time, strong investor interest in related new technology techniques has pushed the valuations of electric car makers like NIO and Tesla to the limit.

QCraft was founded in 2019 by executives who had worked for pioneering self-driving companies such as Waymo, Tesla and Uber.

Currently, QCraft's autonomous technology is being tested on minibuses in parts of China.

Unlike low-speed minibuses that operate on closed roads or parks, the Dragon Boat ONE can operate on open urban roads. It has a vehicle speed of 20 to 50 kilometers per hour and is positioned as an unmanned urban bus.

Dragon Boat ONE can achieve 360-degree blind zone sensing around the body and the farthest sensing distance ahead is over 200 meters.

In addition to basic functions such as pedestrian-vehicle avoidance, automatic lane change, automatic steering and traffic light recognition, it can also cope with all kinds of complex urban traffic scenarios. 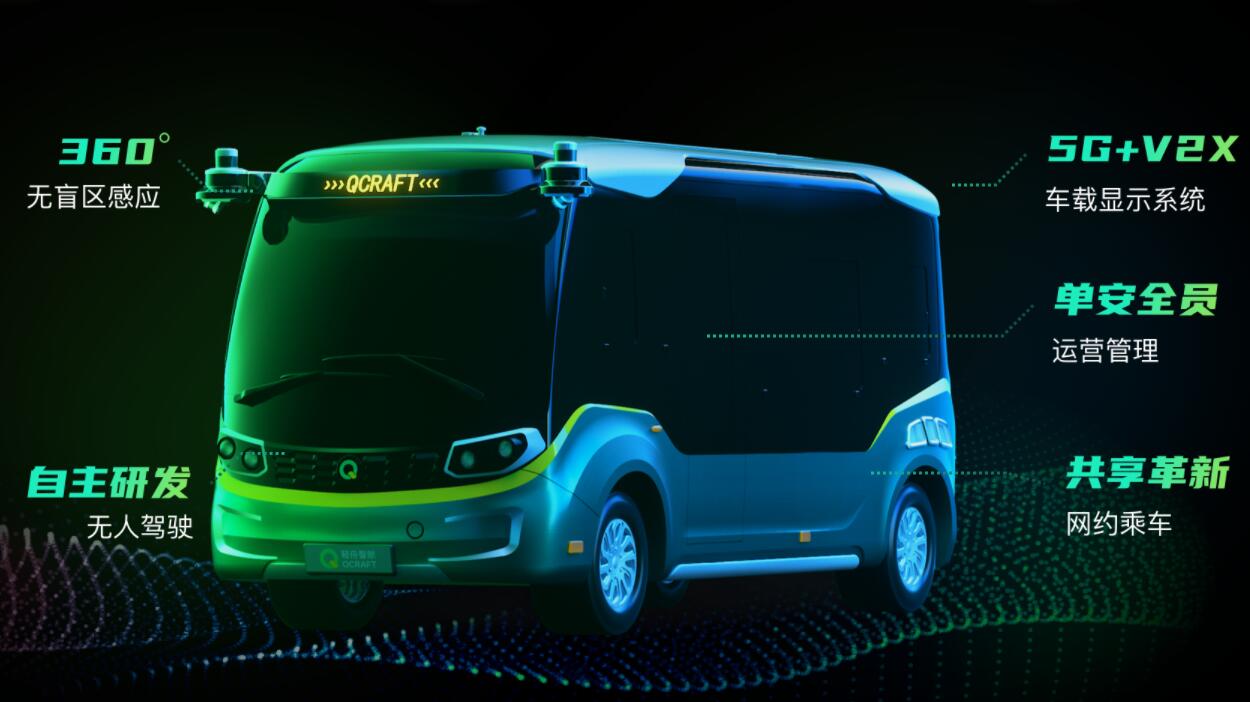