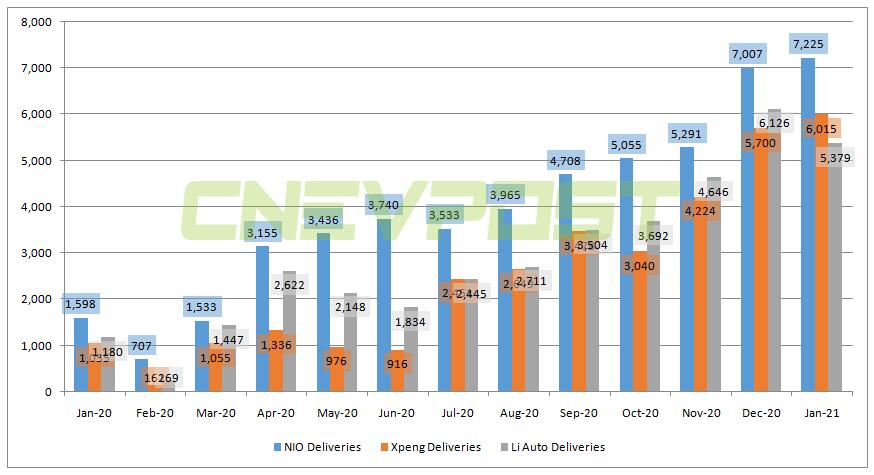 US-listed Chinese EV trio - NIO, XPeng Motors, and Li Auto all saw significant year-over-year growth in deliveries in January. In the view of analysts, this trend will continue.

In early 2021, NIO launched its first pure electric coupe model ET7 at NIO Day, which is expected to be delivered in the first quarter of 2022.

XPeng released a teaser image of a new model on January 7, which will be a new sedan after the P7, and is expected to go into production and launch in October.

Li Auto plans to launch a new car every year after 2022, the report noted.

These three companies will continue to enhance their respective market competitiveness in the new product cycle, Zhongtai analysts said.

The new car maker has differentiated itself from Tesla in terms of meeting customer demand or pricing, and Tesla and the new car maker's competitors are dominated by fuel vehicles, the report said.

"As the sales network continues to expand, we expect the new forces' deliveries to remain at a high growth rate," the report said.