Chinese electric vehicle (EV) maker Li Auto (NASDAQ: LI) announced today that its cumulative deliveries exceeded 40,000 units as of February 18, 14.5 months after the Li ONE opened for delivery on December 4, 2019.

The company said in a press release sent to CnEVPost that this has set a record for the fastest delivery by a new Chinese car manufacturer.

As of the end of January, cumulative deliveries of the model have reached 38,976 since the Li ONE's launch.

Launched in April 2019, the Li ONE is positioned as a luxury mid-size SUV.

It is the first all-electric SUV in China with extended-range technology that can be charged or refueled.

Its battery pack has an available capacity of 37.2Wh, with a maximum battery range of 180km and a range extender range of up to 520km.

The Li ONE sold 33,457 units in 2020, surpassing the NIO ES6, WM Motor EX5, and BYD Tang DM, making it the number one selling new energy SUV in China for four consecutive months.

At present, Li ONE users have spread across 328 cities in 31 provinces, autonomous regions, and municipalities directly under the central government, with a total mileage of over 330 million kilometers.

Li Auto will release its fourth quarter and full-year 2020 financial results on February 25, 2021, before the US stock market opens. 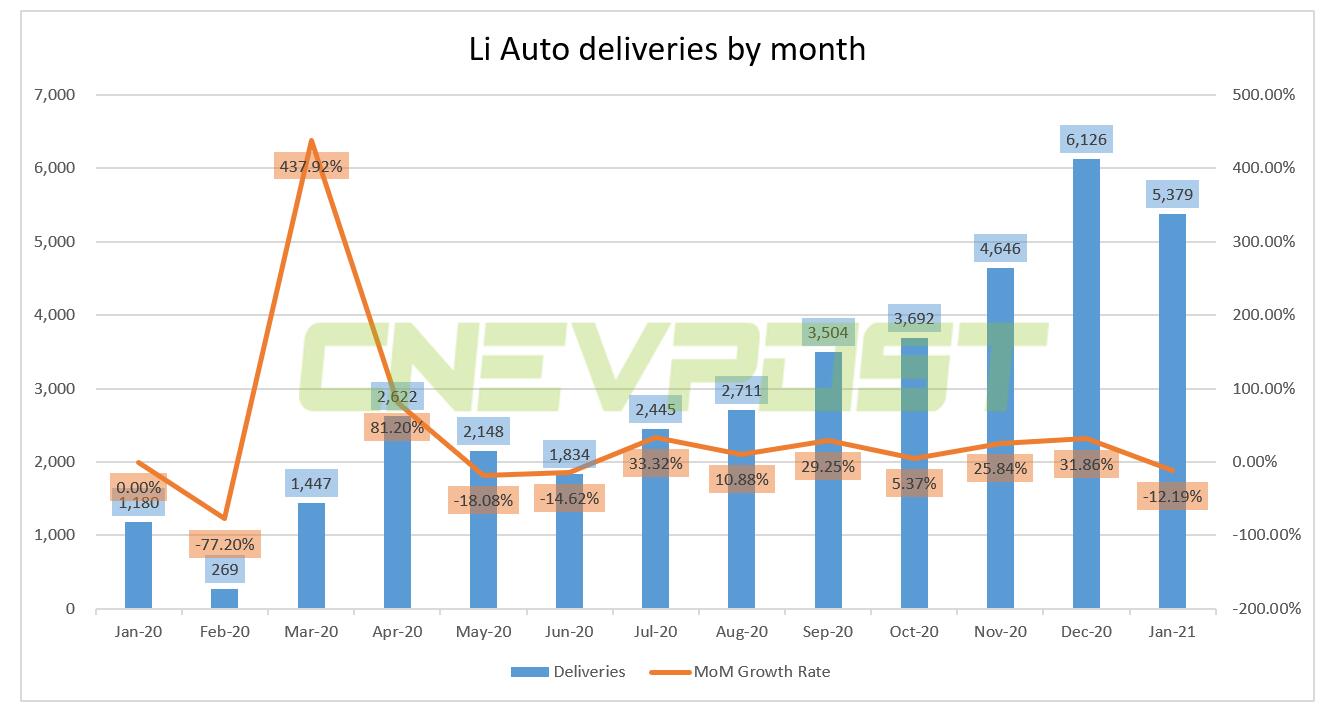