NIO today launched a short-term 0 down payment purchase option for the new NIO ES8, ES6, and EC6 from January 20 to February 28.

This is expected to drive NIO sales higher, although it will also result in later delivery dates for several models that are already delayed. In China, the minimum down payment for a car is typically 15% of the vehicle price.

For the ES6 Sport (100kWh battery version), which costs RMB 416,000 before subsidies, the amount of subsidy available to individual customers is RMB 18,000. If the customer chooses BaaS battery rental service, the purchase price can be reduced by RMB 128,000. 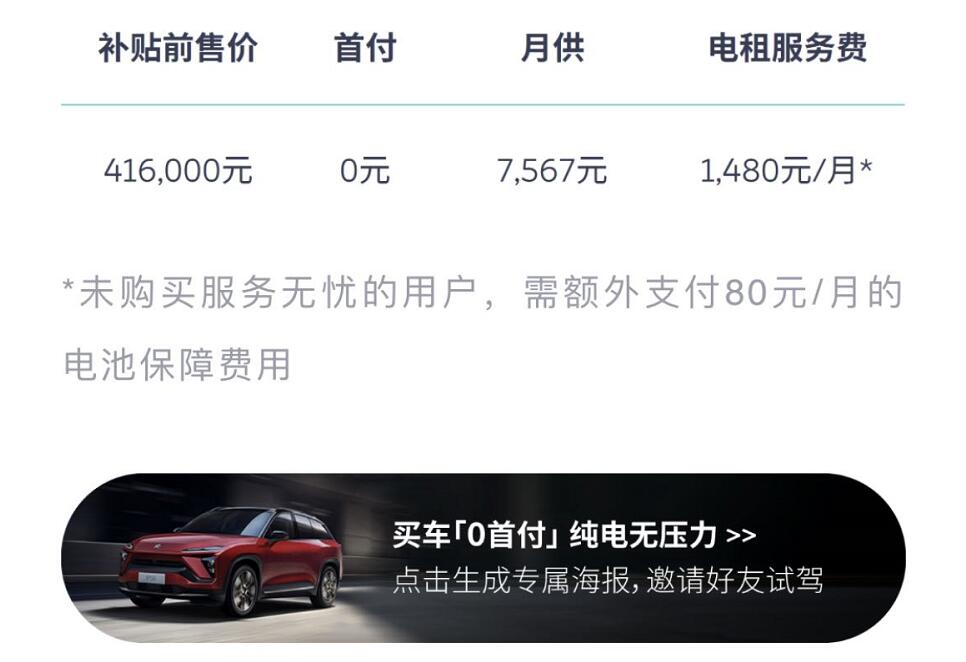 The last time NIO launched a 0 down payment purchase plan was in early September 2019, when the company was facing operational pressure.

At that time, NIO was affected by the ES8 recall, and production and deliveries dropped in July. It was also hit by the withdrawal of new energy vehicle subsidies and the continued decline in domestic passenger car sales.

This time NIO's launch of a 0 down payment purchase program was rather surprising, after all, the company has now long since emerged from the kind of difficulties it had in 2019, and the successive record-high deliveries in the past few months have seen it to extend its vehicle delivery time.

In December, NIO delivered a total of 7,007 new vehicles, the fifth consecutive month with a record number of deliveries in a single month.

December's deliveries were 32.4% higher than November and 121.0% higher than the same month last year. This is also the ninth consecutive month since April that NIO has achieved a year-over-year growth rate of more than 100%.

Join our Telegram group to be alerted the moment we publish an article: t.me/CnEVPost
0
Comments (0)