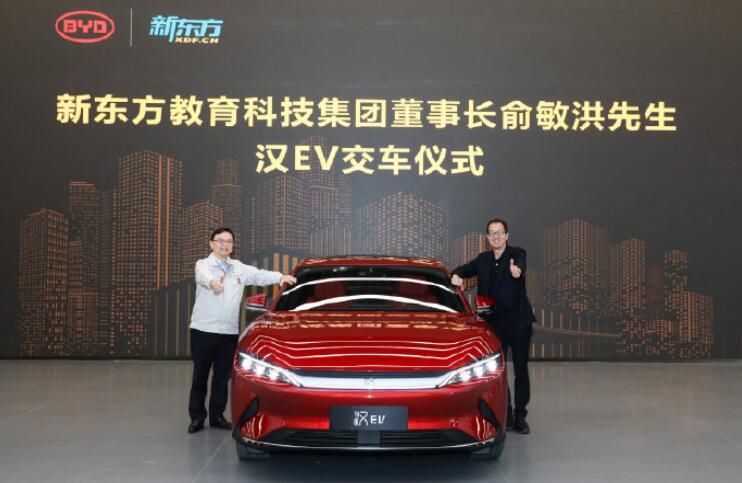 The BYD Han EV is one of the highlights of the Chinese new energy vehicle market in the second half of the year. Yu Minhong, the founder of English-language training giant New Oriental Education and Technology Group, also got his car after Fuyao Group chairman Cao Dewang got his delivery in September.

BYD said Monday on its Weibo that the BYD Han EV is Yu's new car, and BYD Chairman and President Wang Chuanfu personally delivered it to him. 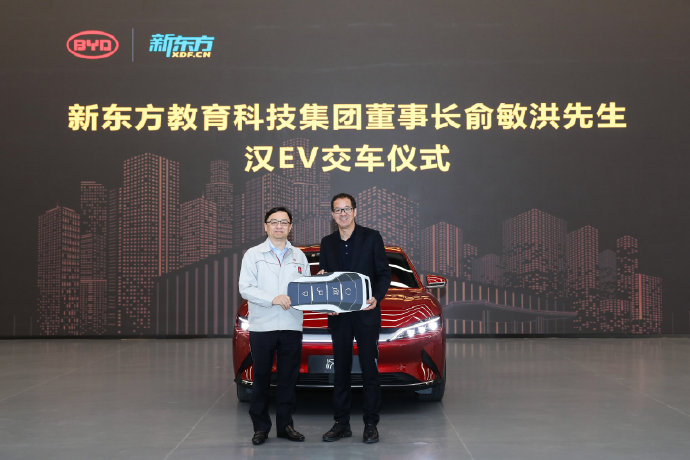 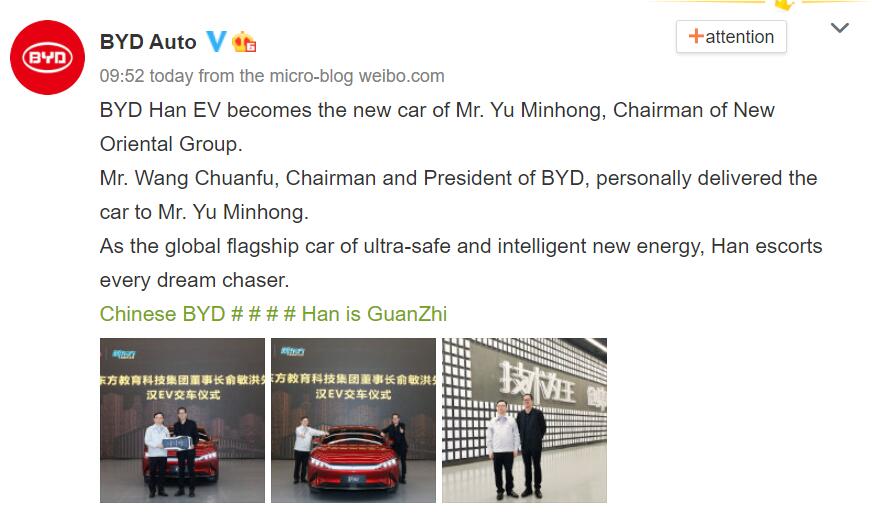 (Automatic translation of the Weibo page.)

Wang delivered a black Han EV to Fuyao Group Chairman Cao Dewang on September 20, after a 17-year partnership between the two companies.

The Han EV, launched in July this year, is the first vehicle to be equipped with a blade battery, which offers a level of safety not possible with conventional ternary lithium batteries.

Thanks to the structural innovation of the blade battery, Han's battery pack has a higher volumetric energy density, which significantly increases the range of the vehicle, achieving an NEDC range of 605 km.

Both of Han EV's ultra-long-range models are powered by a front motor with a maximum power of 222 hp and an acceleration time of 7.9 seconds from 0-100 km/h.

Its 4WD performance model adds a rear motor with a maximum of 272 hp to the front motor and accelerates from 0-100km/h in just 3.9 seconds.

In November this year, Han deliveries of all models reached 10,105 units, up 33.9% from October, achieving sales of over 10,000 units in a single month for the first time, while becoming the first Chinese brand midsize sedan to break 10,000 units in monthly sales.