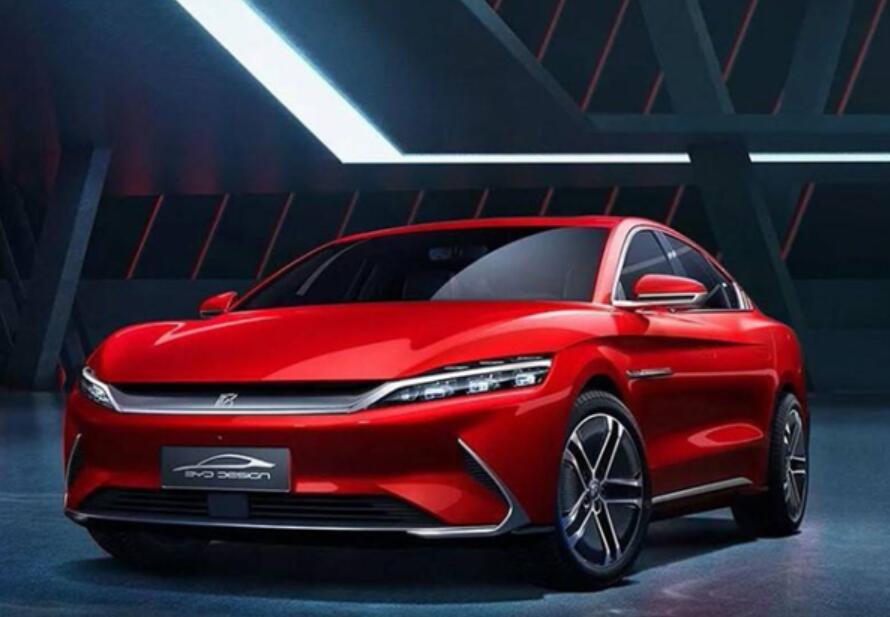 In the latest edition of the New Energy Vehicle Promotion Catalogue, "BYD7009BEV2 Pure Electric Sedan" appears, the new NEDC has a range of 506km and looks to be another range model of BYD Han EV. 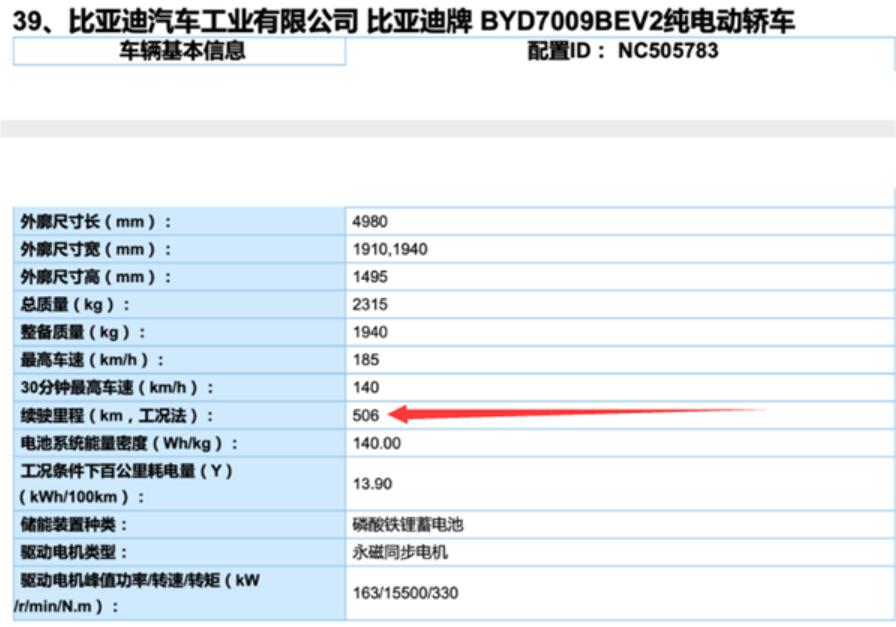 It's worth noting that the two models previously exposed by the Han EV had a range of 550km and 605km, and it now appears that there are at least three range versions of the car. And the 506km range-extended version or the entry-level version of the Han EV.

Han is a new member of BYD's "dynasty family", positioning itself as a medium to large car, offering both DM hybrid and EV pure electric models, with different front face designs.

The front face language of the EV is based on the "Dragon Face", with a closed center mesh with silver trim and two large light clusters, a new design.

The new Han EV is powered by a 222-horsepower permanent magnet synchronous drive motor with a peak torque of 330Nm and BYD's new Blade Battery with a battery energy density of 140Wh/kg and a NEDC range of 506km.

It is worth mentioning that BYD announced a few days ago that the test results show that the "Blade Battery" can be maintained between 30-60 ℃ even after a needle prick, the safety is better than the three-dimensional lithium battery and ordinary lithium iron phosphate.