Li Auto appears to be competing primarily with the internal combustion engine-powered SUVs of Mercedes-Benz and BMW, and is already clearly ahead in sales. 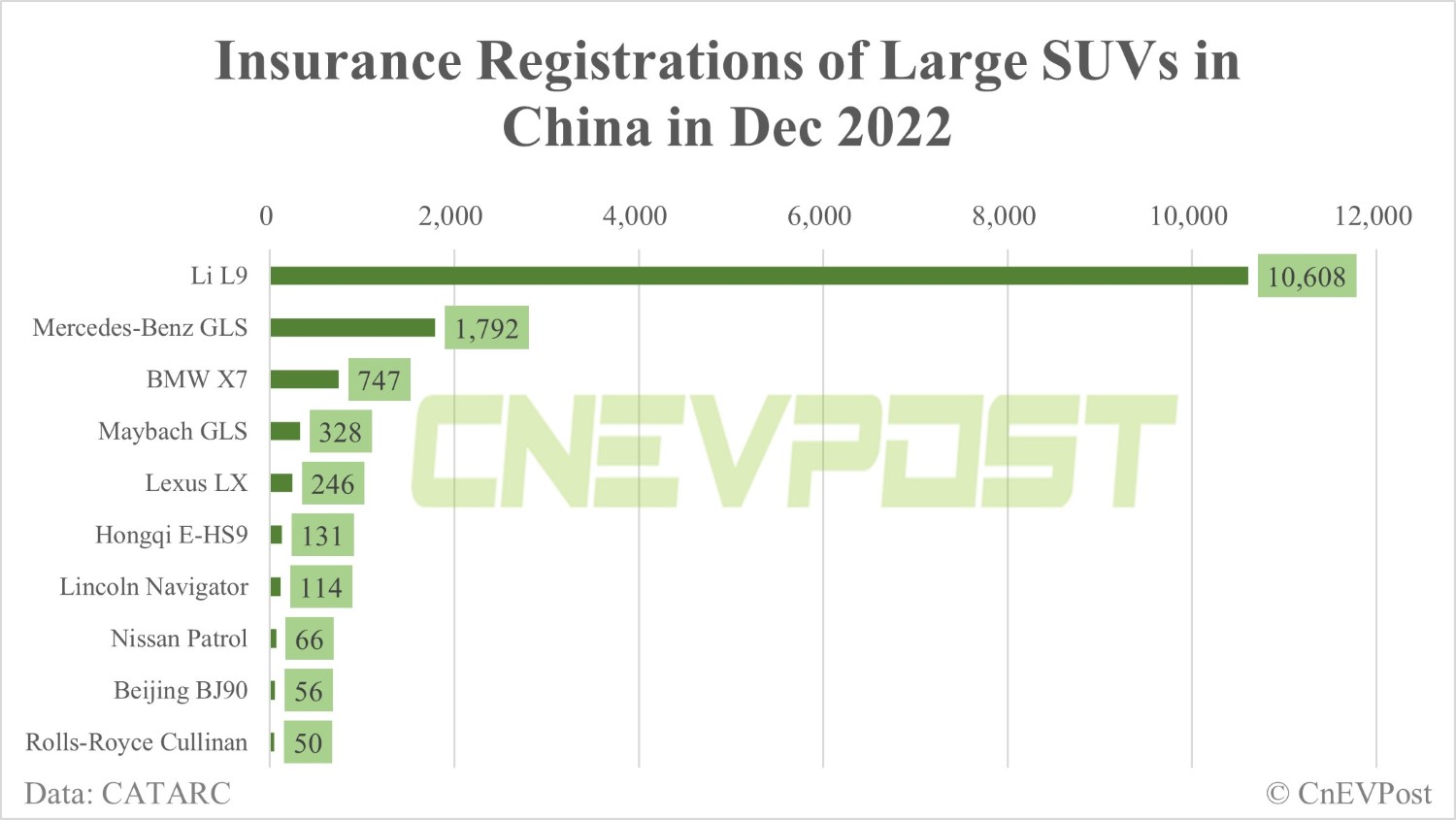 Li Auto (NASDAQ: LI), whose current models on sale, the Li L9 and Li L8, are both plug-in hybrids, appears to be competing primarily with the internal combustion engine-powered SUVs of Mercedes-Benz and BMW, and is already clearly ahead in sales.

The Li L9 had 10,608 insured registrations in China in December, the highest among large SUVs, Li Auto said in a January 10 article citing data from the China Automotive Technology and Research Center (CATARC).

This is the fourth consecutive month that the Li L9 has topped the list of large SUVs sold in China, ahead of the Mercedes-Benz GLS at 1,792 units and the BMW X7 at 747 units, according to the data.

Li Auto delivered 21,233 vehicles in December, another single-month delivery record, with deliveries of the Li L9 and Li L8 both exceeding 10,000 units, the company said on January 1.

The Li L8, with 10,254 insurance registrations in December, ranked as the No. 1 in the Chinese market in terms of mid to large-size SUV sales, data shared by Li Auto yesterday showed. 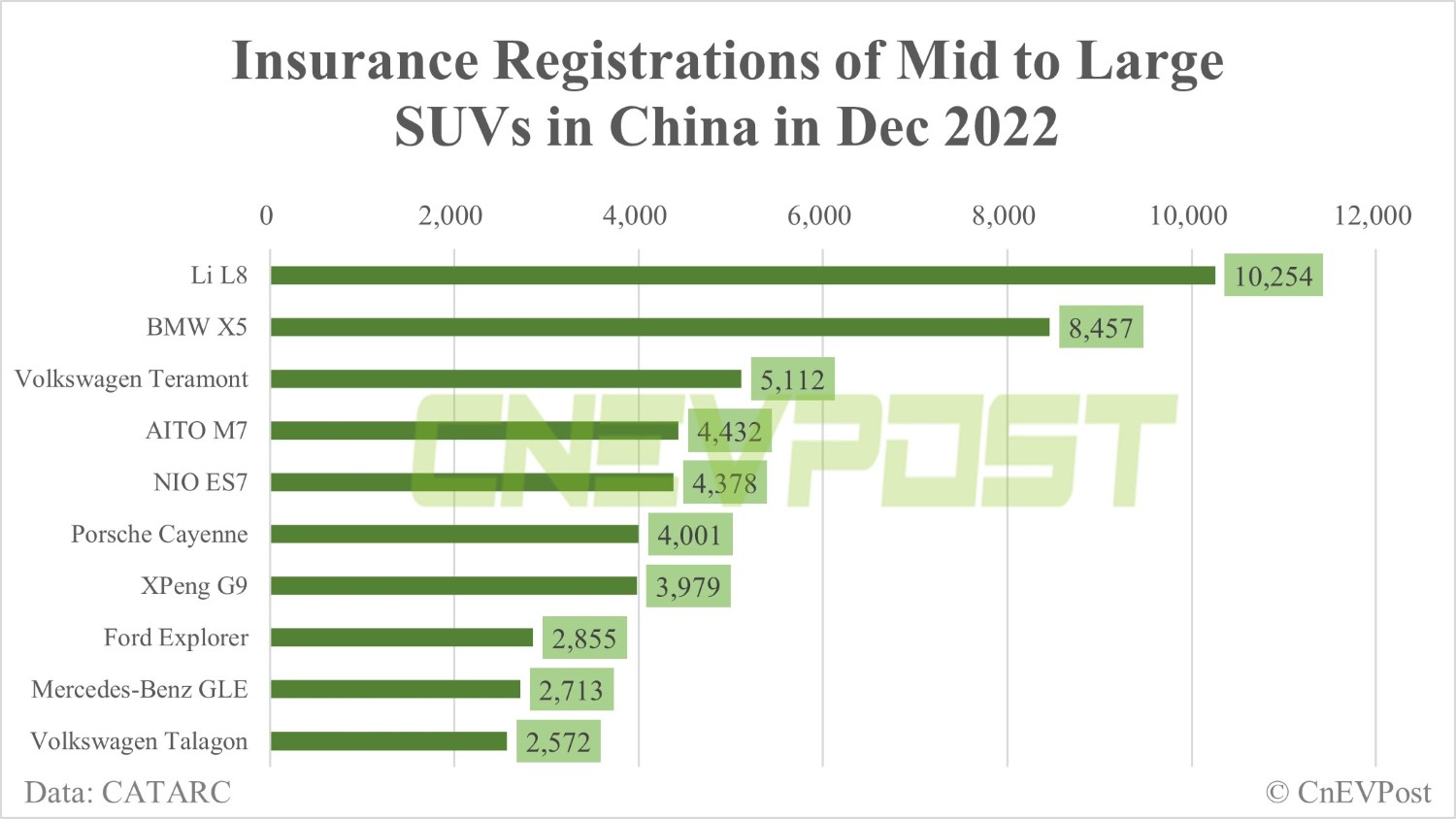 In addition to the Li L9 and Li L8, Li Auto also plans to launch a new SUV, the Li L7, next month to solidify its position in the SUV market.

Li Auto will hold a launch event for the Li L7 on February 8, and show cars and cars for test drives will start arriving at Li Auto's retail centers on February 9, it announced on December 30.

The Li L7 is Li Auto's first five-seat model, and it's worth the anticipation and wait, the company previously said. 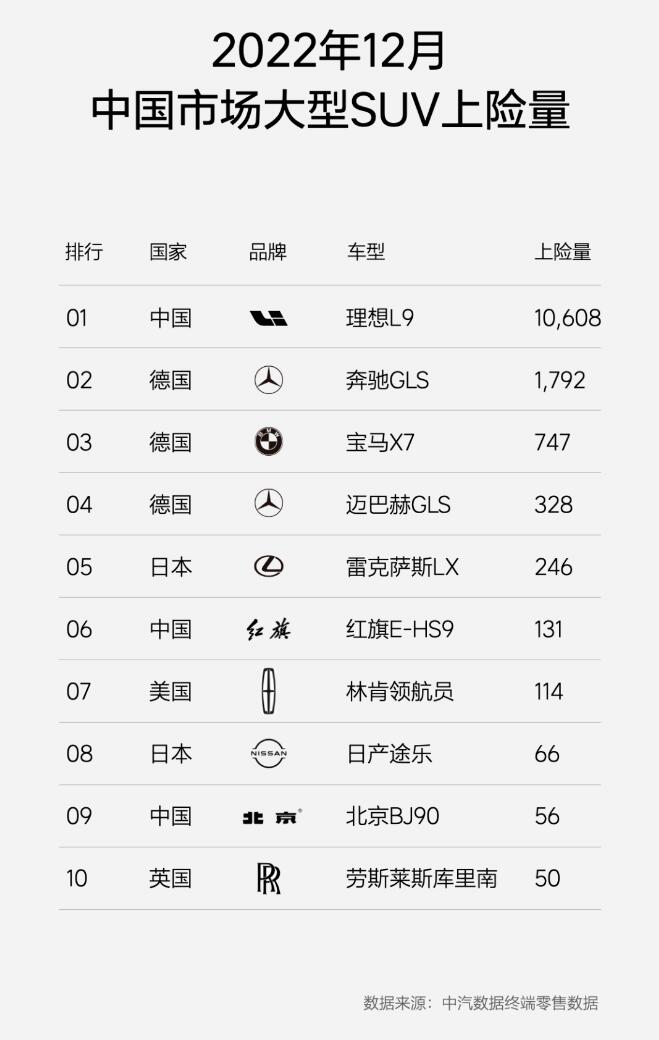 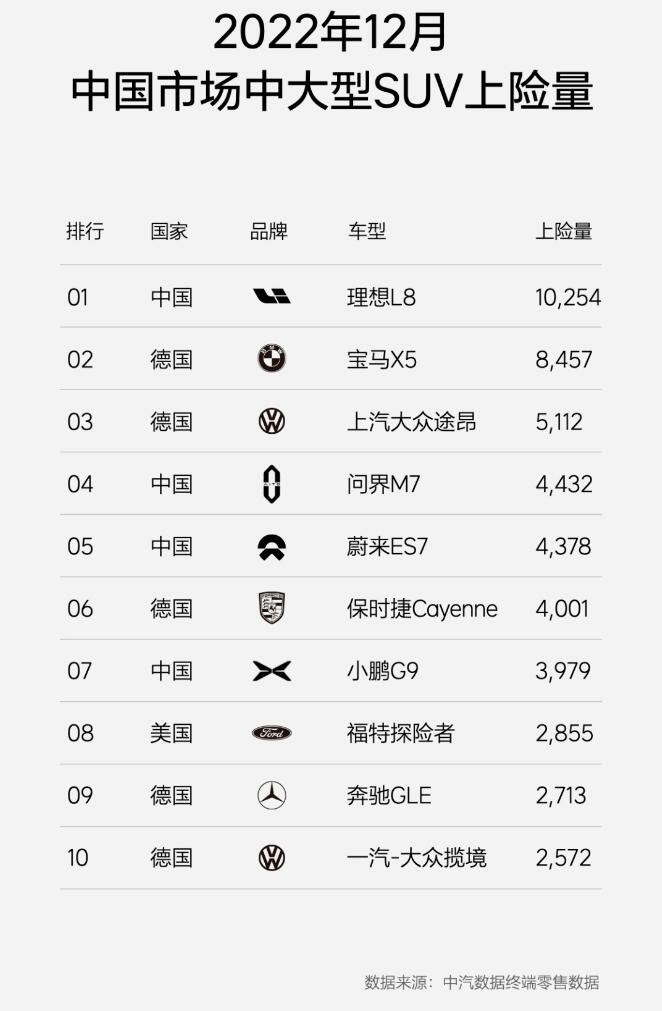