Weekly NEV insurance registrations in China: How do BYD, Tesla, and NIO compare in 2022?

Over the past few months, weekly new energy vehicle (NEV) insurance registrations in China have been the topic of much interest, and CnEVPost has managed to obtain all weekly data from March to December 2022.

This article compares the weekly data of BYD, Tesla, NIO, XPeng, Li Auto, Zeekr, Volkswagen, BMW, Mercedes-Benz, and Audi NEVs in China for 2022, and more importantly, it will serve as a basic database for readers who need it. 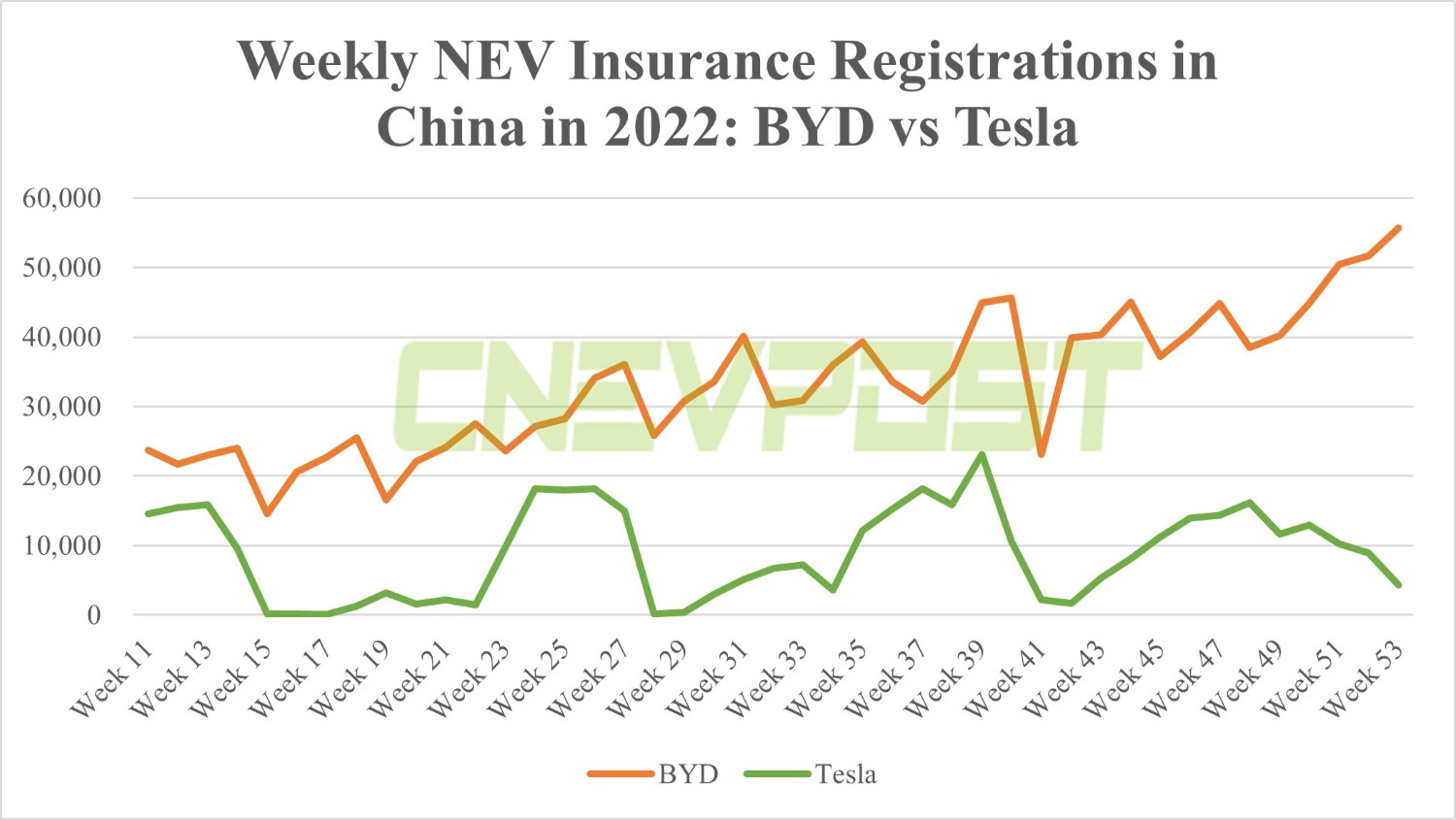 Between NIO, XPeng, Li Auto, Zeekr, Volkswagen, BMW, Mercedes-Benz, and Audi, Li Auto ended the year with a particularly impressive performance, while VW's NEV sales performed well in the middle of the year. 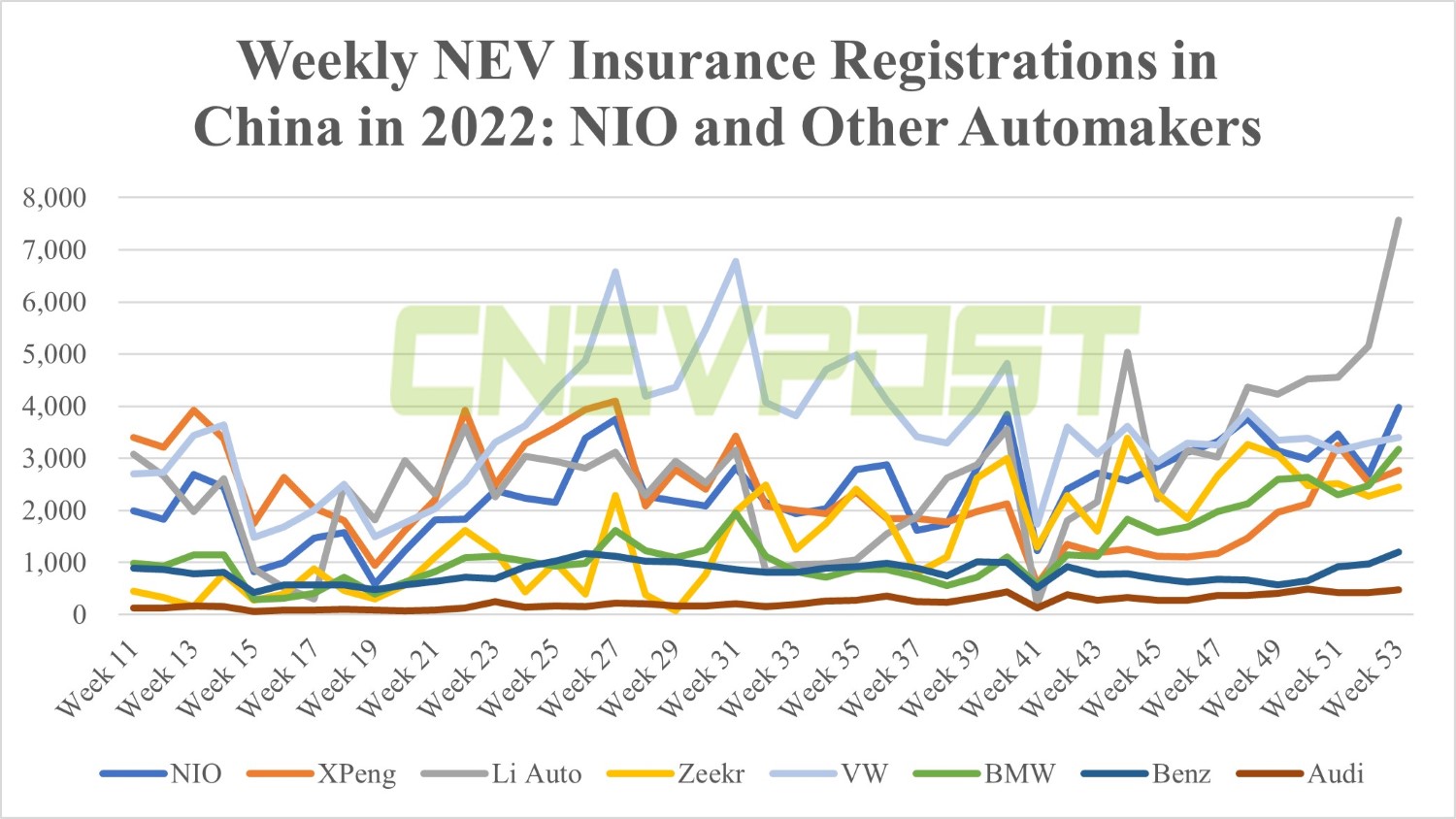 Looking at the data from the past few months, the insurance registration numbers are largely consistent with automakers' delivery numbers each month, except for very few that see large deviations.

Since insurance numbers are available on a weekly basis, they are widely watched before the car companies' monthly delivery numbers are released.