Tesla announces prices for new Model S and X in China, deliveries will both begin in Q2 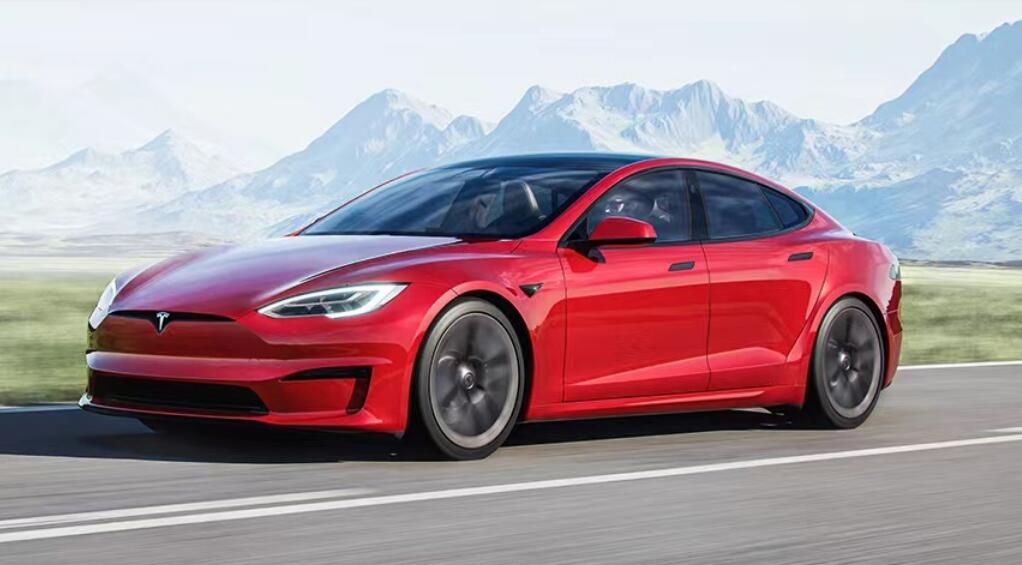 Tesla (NASDAQ: TSLA) today announced prices in China for the new Model S and Model X, which are not produced locally, at the same time as it significantly reduced the prices of the Model 3 and Model Y in the country.

Tesla did not mention on Weibo when deliveries of these models will begin in China, though information on its China website indicates that the expected delivery date for all versions of the Model S and Model X in China is the second quarter. 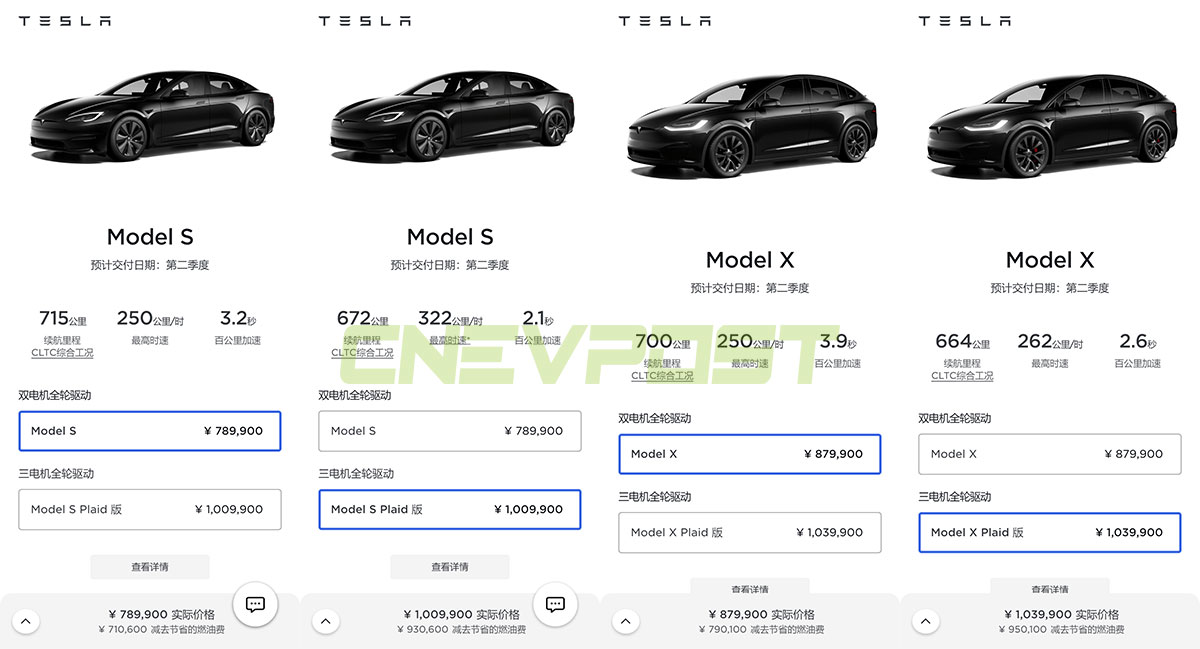 On December 30, Tesla said at the Guangzhou auto show that the company will announce prices for the new Model S and Model X in China on January 6, with deliveries to begin in the first half of 2023.

In September 2020 Tesla unveiled the Model S Plaid in the US with three motors that can accelerate from zero to 60 mph in 1.99 seconds.

In early June 2021 Tesla begins deliveries of the model in the US and removes the more capable Plaid + model.

In late November 2021 Tesla CEO Elon Musk said that the Model S Plaid could come to China around March 2022.

At that time, the Tesla China website showed the Model S Plaid priced at RMB 1,059,990. After that, the price information was removed from Tesla's China website.

On October 11, China's Ministry of Industry and Information Technology (MIIT) announced a list of new energy vehicles (NEVs) that are exempt from vehicle purchase tax, and the Model S and Model X were included. 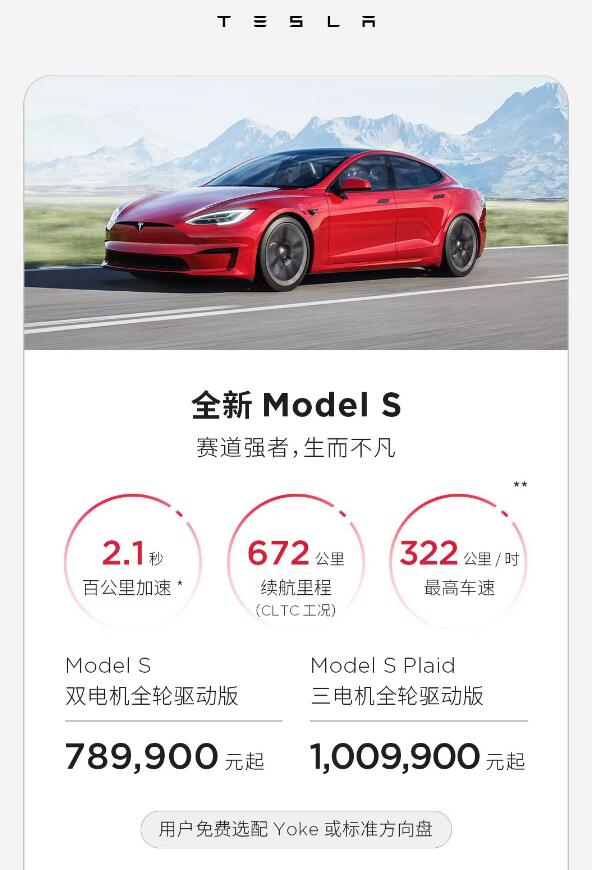 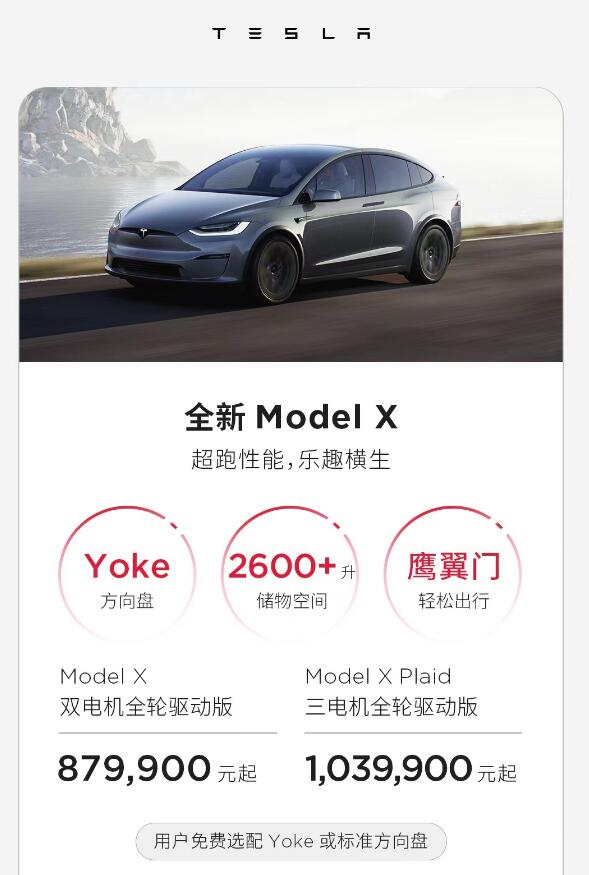