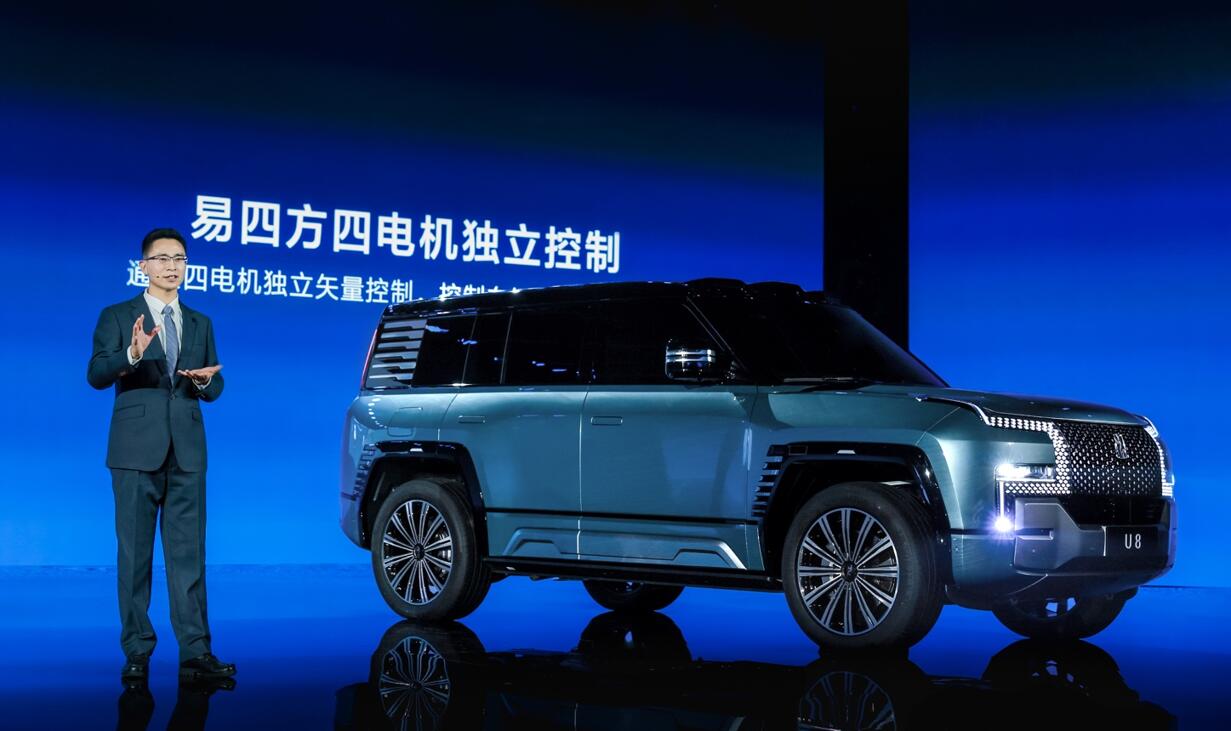 Chinese new energy vehicle (NEV) giant BYD (OTCMKTS: BYDDY) today officially launched its premium Yangwang brand, as well as its first models. In addition to the hardcore off-road SUV that it has been previewing for months, the company also brought a surprise supercar.

BYD introduced the Yangwang brand today at a launch event at its Shenzhen headquarters, where its chairman and president Wang Chuanfu said the brand will be the first to use a number of BYD Group's top technologies. 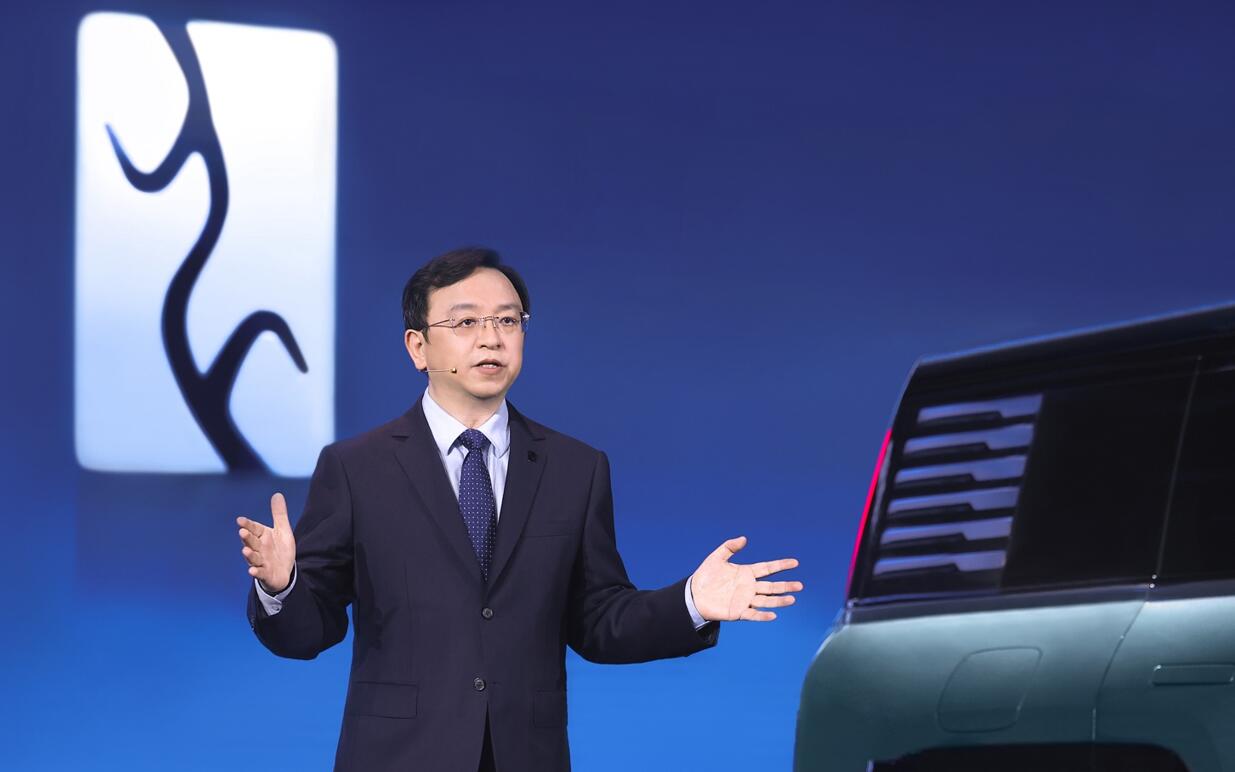 The company highlighted a technology platform known as e⁴ at the event, which it said will be the basis for all future models of the Yangwang brand.

BYD opened its launch event by having an SUV enter in crabwalk mode to show off this technology.

e⁴ is a power system with a four-motor independent drive as the core, which completely reconfigures the characteristics of NEVs in terms of perception, decision making and execution, overturning the capability system of previous fuel vehicles' power systems, BYD said.

The prototype of the technology appeared in the ET concept car released by BYD 20 years ago, which was inspired by the perfect control of the posture of the cheetah in the high-speed state.

The four motors independently drive the four wheels of the vehicle, like the four independent and powerful legs of a cheetah, thus allowing the vehicle to have better safety and performance, BYD said. 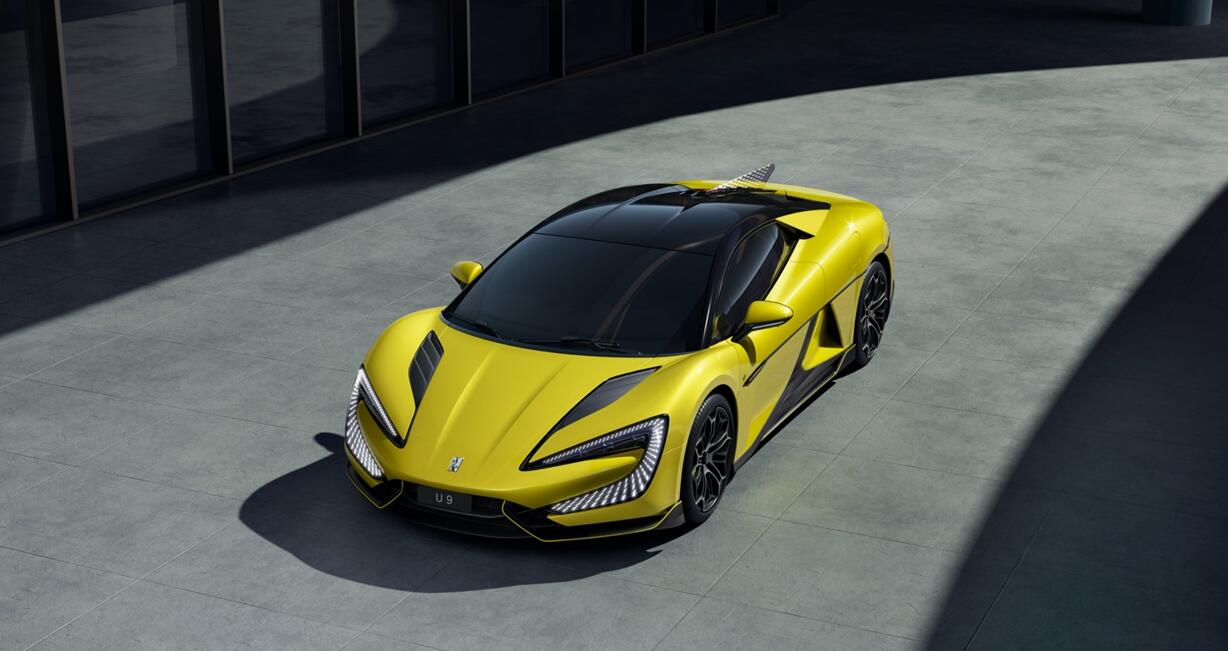 This also gives the vehicle greater safety redundancy, such as the ability to adjust the torque of the remaining three wheels at a rate of 1,000 times per second after a single-tire blowout, helping the driver bring the vehicle to a stable and controlled stop.

Models equipped with e⁴ technology have IP68-rated protection for their core systems and can gain emergency flotation and extrication capabilities with four-wheel independent vectoring, according to BYD.

The platform is capable of delivering a maximum motor speed of 20,500 rpm, giving the vehicle more than 1,100 horsepower.

The independent positive and negative torque output capability of the quad-motor drive technology allows the vehicle to brake from 100 km/h in 40 meters when the steering and brakes are not working.

The technology also allows the vehicle to achieve a flexible turn-in-place function on high-traction roads such as tarmac, according to BYD.

BYD debuted the Yangwang U8 and Yangwang U9, both of which will be equipped with e⁴ technology, at today's launch event.

The Yangwang U8, the brand's first production model, is a hardcore off-road SUV that is more than 5 meters long and 2 meters wide. 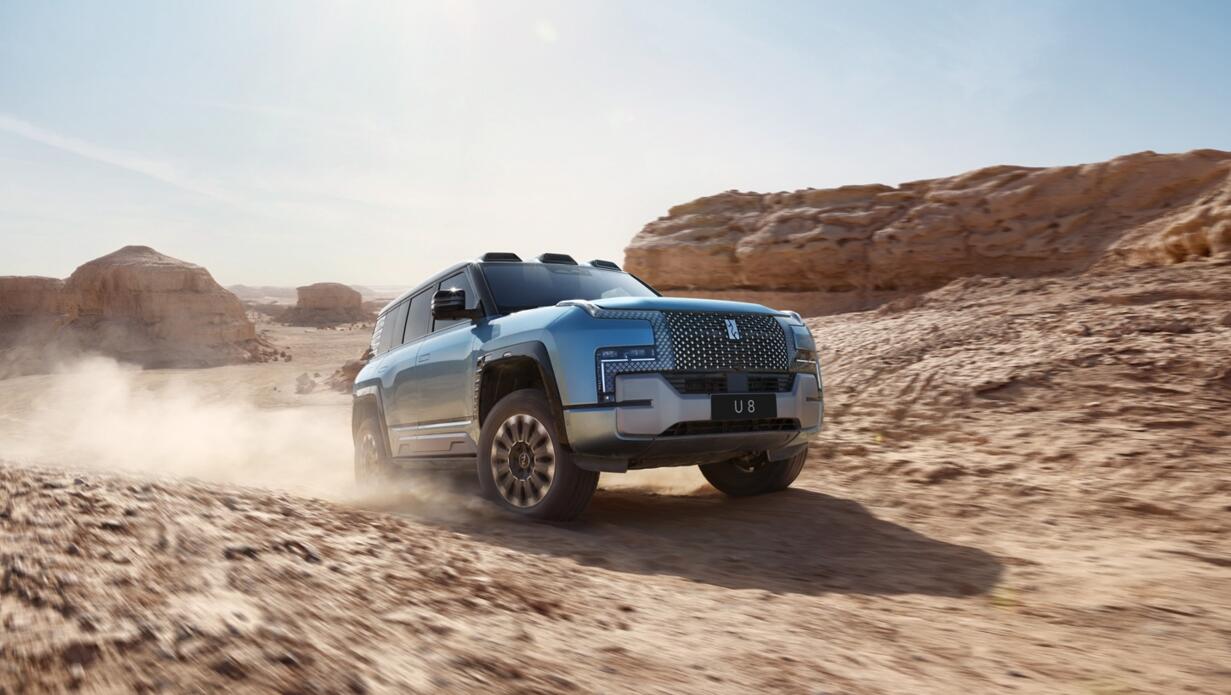 The Yangwang U8 has the performance, safety and reliability of a hardcore off-road SUV, with intelligent extrication and emergency avoidance capabilities in complex road conditions, along with technology and intelligence, according to BYD. 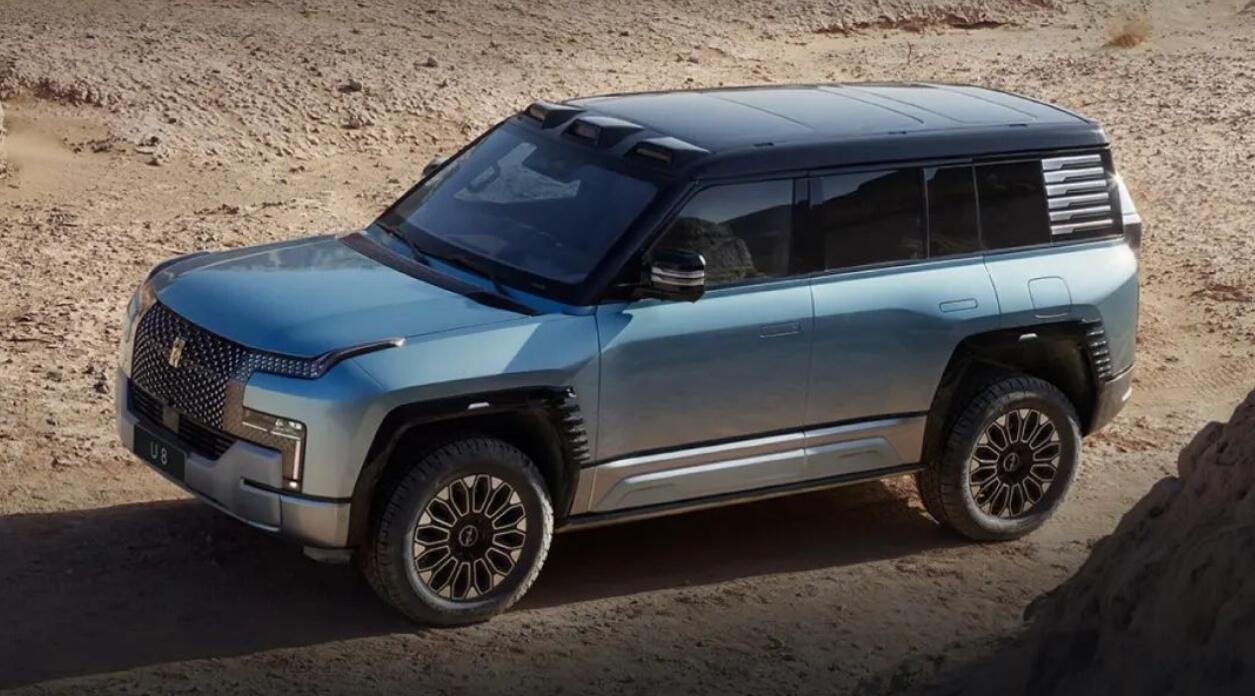 Yangwang U9, on the other hand, is a supercar that will also be priced at the RMB 1 million level, accelerating from 0 to 100 km/h in less than 3 seconds.

Yangwang's R&D team has used innovative technologies to bring the U9 the ultimate safety body structure, capable of driving comfortably in the city as well as driving at the limits of the track, according to BYD. 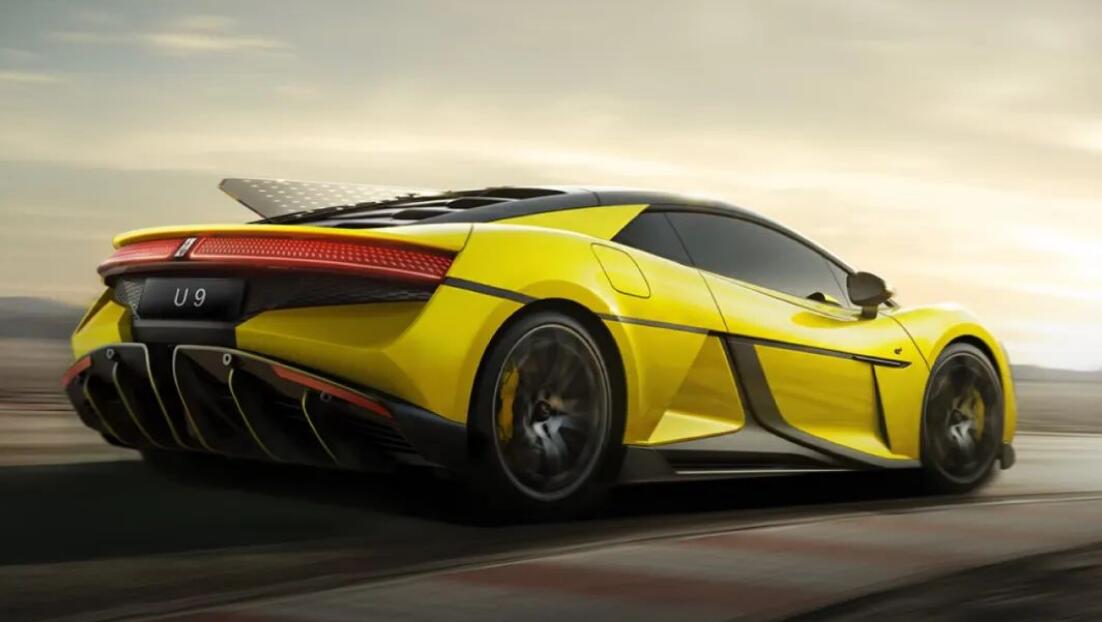 The Yangwang brand will establish its own sales channels to create a premium brand independent of BYD.

BYD did not announce when the Yangwang U8 and Yangwang U9 will be available or any more details, but both products are interesting for the Chinese NEV market.

In the hardcore off-road SUV segment, the main options currently include the Mercedes-Benz G-Class, but its starting price is a whopping RMB 1.89 million. And there are no electric off-road SUVs available to Chinese consumers yet.

In the electric supercar segment, local automakers are starting to pay more and more attention.

Powered by GAC Aion's in-house developed high-performance motor, the Hyper SSR has a maximum of 1,225 horsepower and can accelerate from 0 to 100 km/h in as fast as 1.9 seconds. 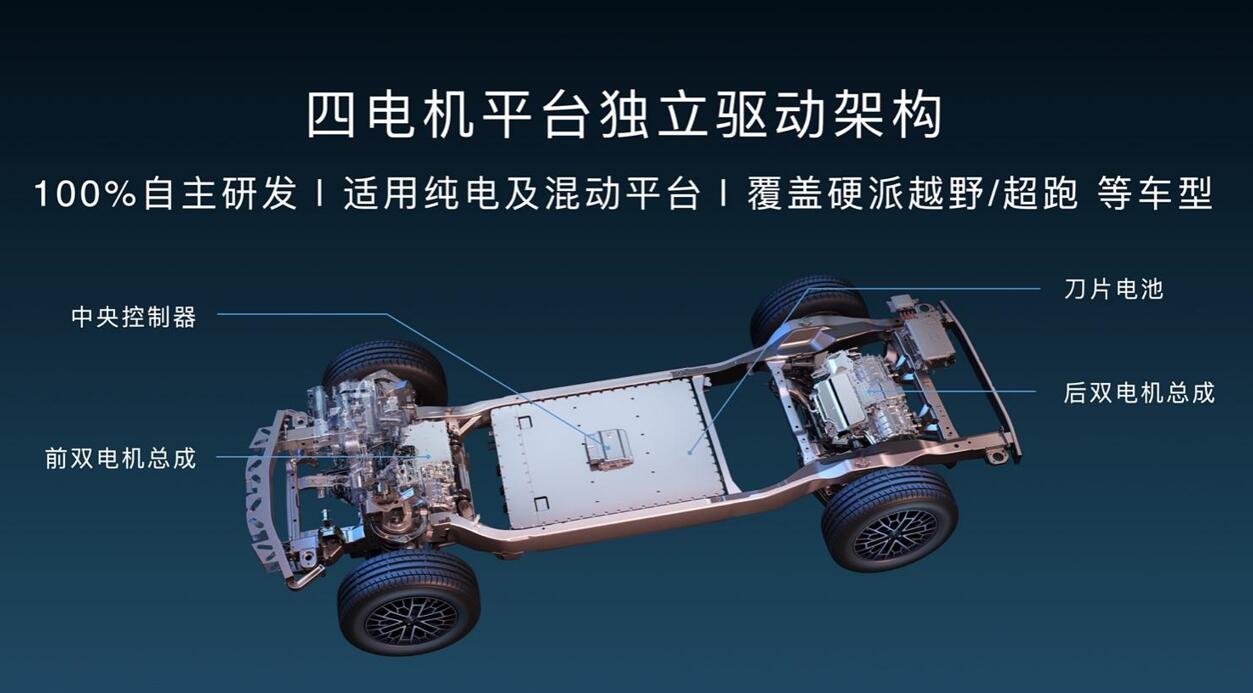