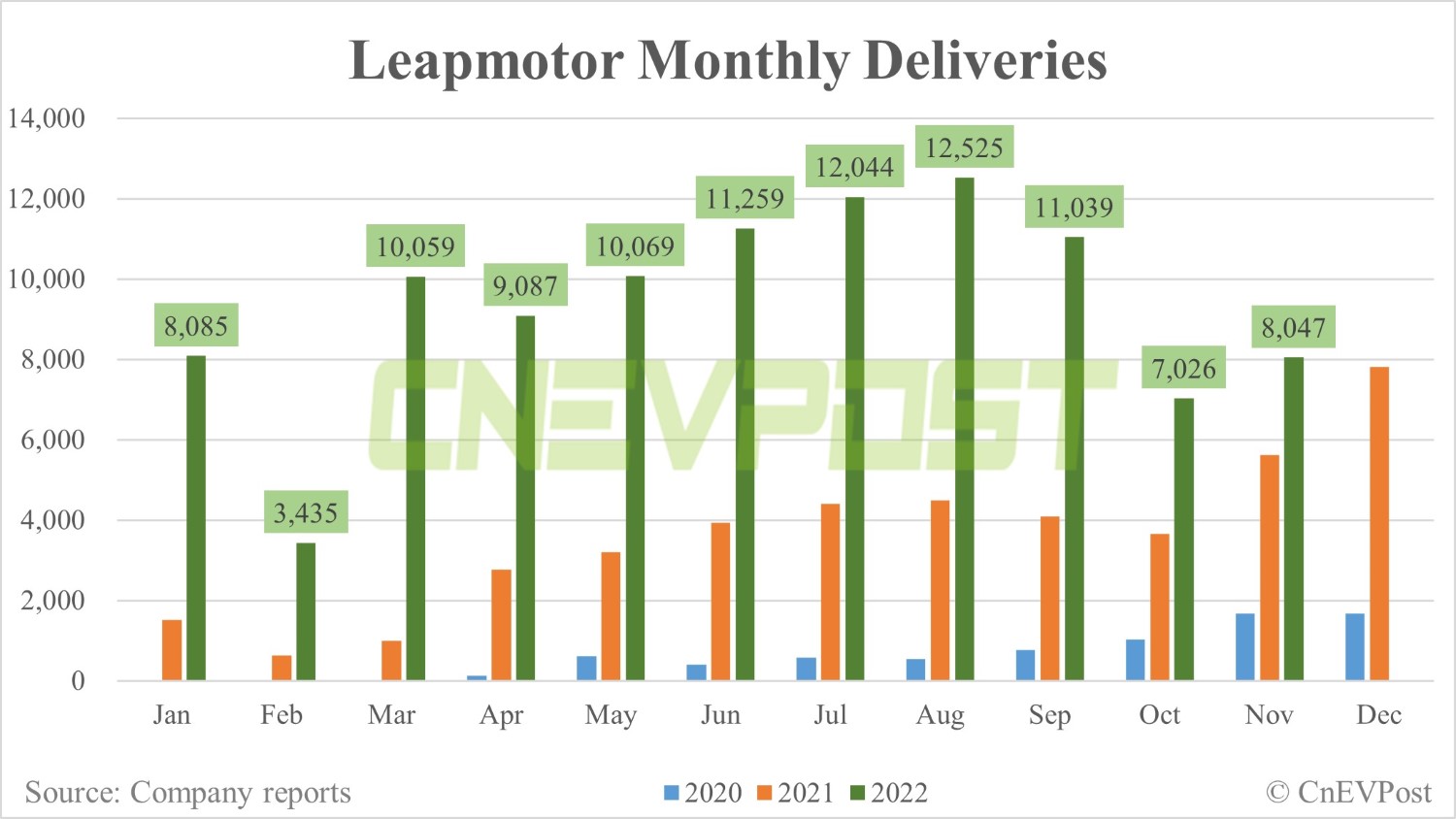 Leapmotor delivered 8,047 vehicles in November, up 43 percent from 5,628 in the same month last year and up 14.5 percent from October, according to data released today by the company.

The company did not provide a breakdown of the different models delivered but said that November deliveries included two mystery orders for the T03.

Leapmotor added 31 stores in November and had 548 stores in 173 cities as of November 25, according to data released by the company today.

Leapmotor has now entered overseas markets, and unlike its Chinese counterparts that are targeting Europe as well as Southeast Asia, the company has chosen to start in the Middle East.

In September, Leapmotor began shipping its first batch of T03 vehicles to Israel, its first stop in an overseas market.