BYD was the top auto brand in China in terms of retail sales for the fourth consecutive month this year. 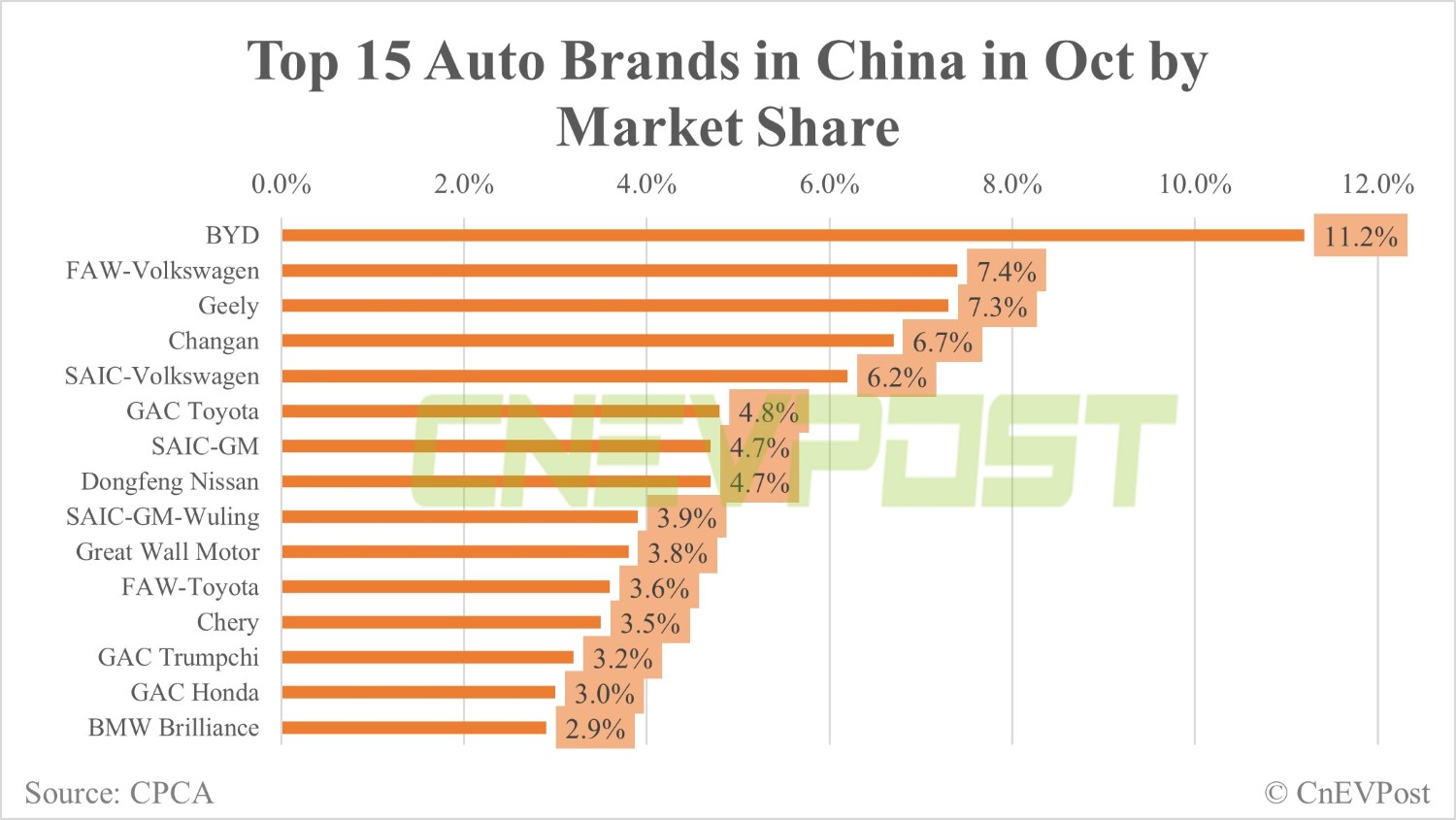 Retail sales of BYD passenger cars in China in October were 205,789 units, contributing 11.2 percent of all passenger car sales in the country, according to data released Wednesday by the China Passenger Car Association (CPCA).

China's retail sales of passenger cars rose 7.5 percent to 1.842 million units in October, down 4.2 percent from September, according to the CPCA.

The combined retail sales of the top 15 vehicle companies contributed 77 percent with 1.148 million units, up 2.5 percentage points from September.

FAW-Volkswagen's retail sales in China in October were 136,679 units, ranking second with a 7.4 percent share, according to the CPCA. 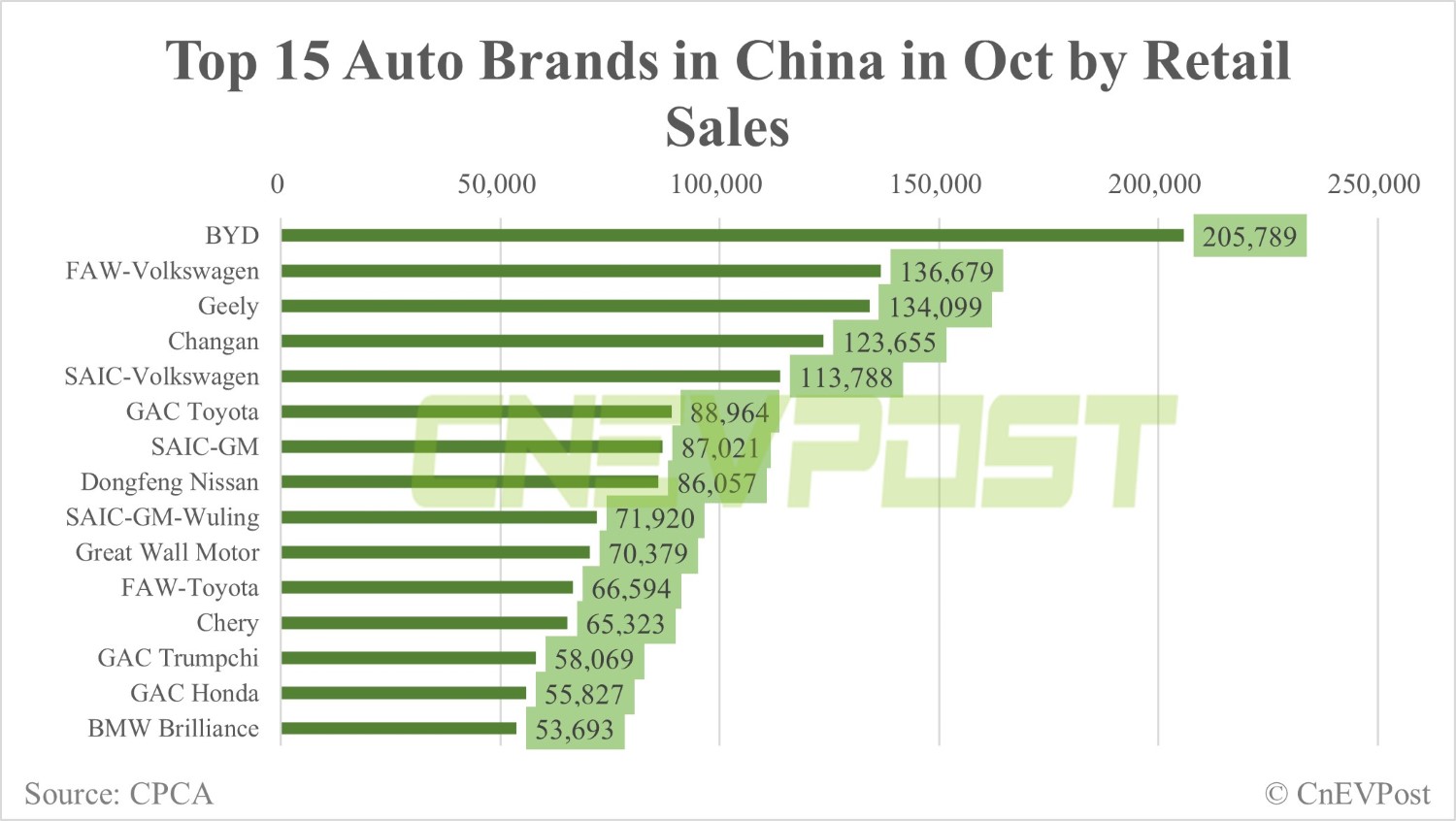