The price cut seems to be having a noticeable effect on Tesla's increased orders, with one Tesla salesperson saying she worked overtime until 2 am on Monday. 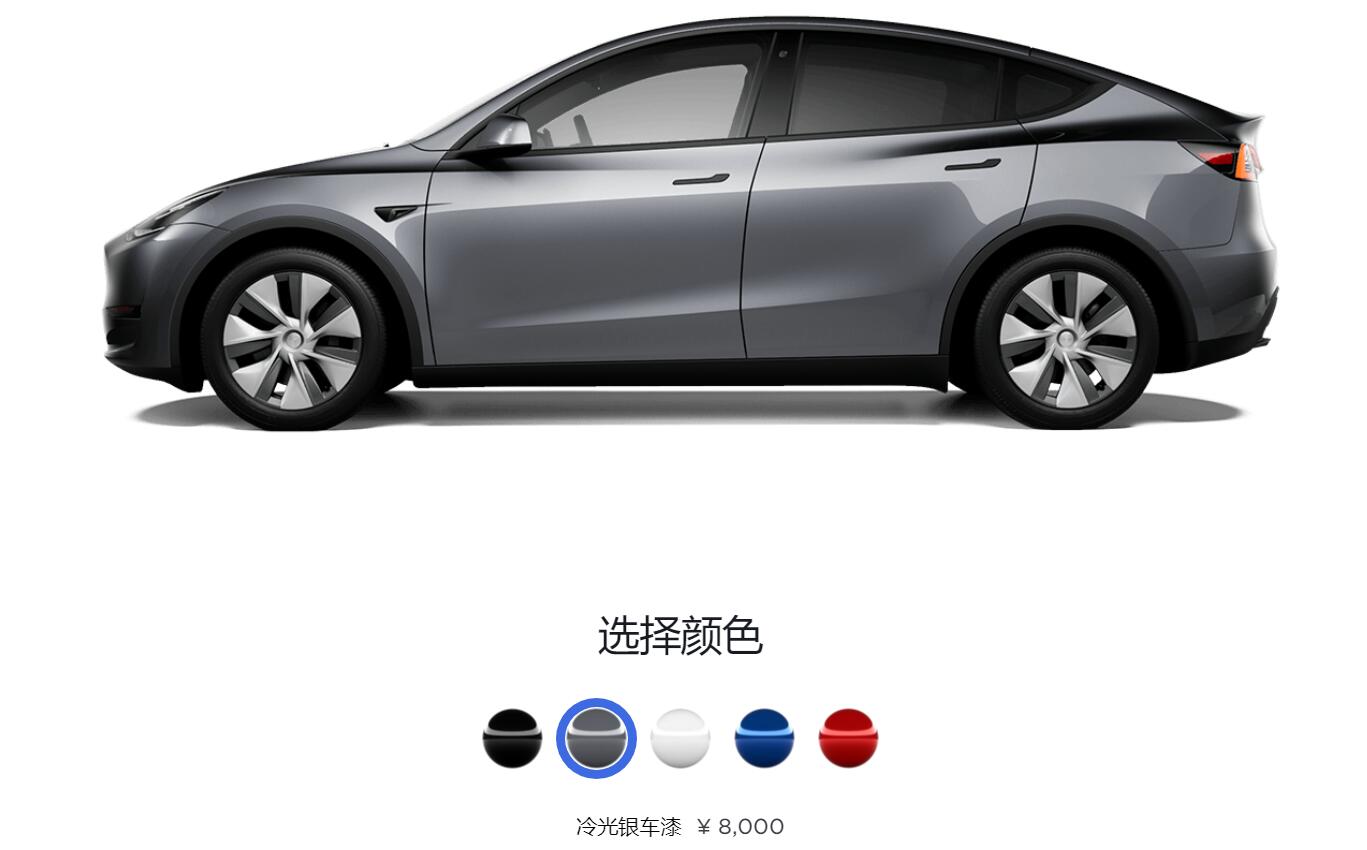 While Tesla cut prices for the entire Model 3 and Model Y lineup in China on Monday, it offered an additional free silver paint option for the entry-level Model Y in addition to black.

Now, just three days after the silver paint became available for free, Tesla has announced that the option is back to paid.

"Thank you for your enthusiasm. Silver paint is no longer available as standard on Model Y rear-wheel drive model, please refer to your contract," Tesla wrote on Weibo today.

On Monday, Tesla lowered the prices of the entire Model 3 and Model Y lineup in China, with the latest subsidized starting price for the entry-level rear-wheel-drive Model Y dropping to RMB 288,900 ($40,270), down from RMB 316,900 previously.

With the price reduction, the entry-level Model Y satisfies the requirements to receive the purchase subsidy in China. The model's pre-subsidy price is RMB 299,988.

Under current Chinese policy, one of the conditions for a new energy vehicle to qualify for state purchase subsidies is that the pre-subsidy price is less than RMB 300,000, unless they support battery swap.

For the entry-level Model Y, Tesla on Monday also made the silver paint, which previously cost RMB 8,000, available for free in addition to the black paint. All Model 3 and other versions of the Model Y were previously only available in black paint for free. 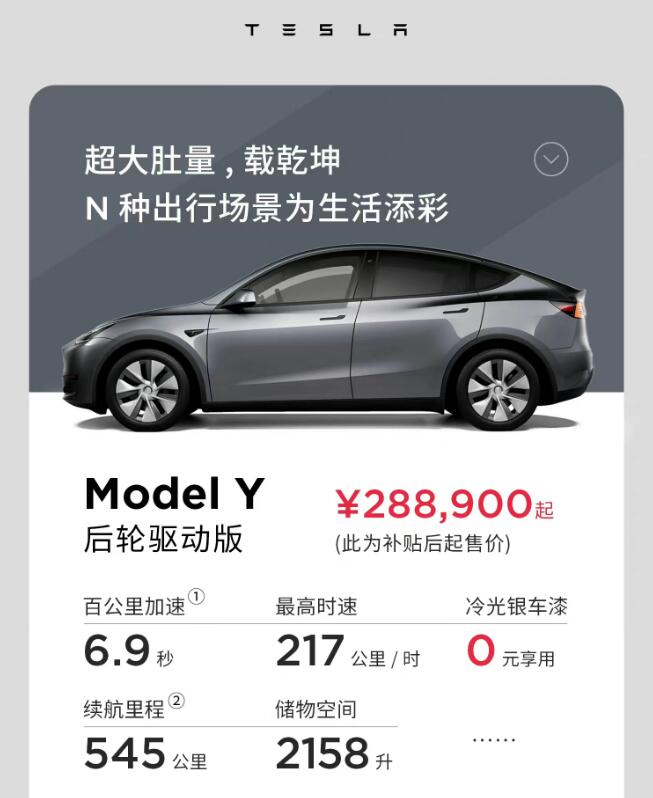 (A poster released by Tesla China on Monday)

The latest information on Tesla China's website shows that for those who purchase the entry-level Model Y, they will have to pay an additional RMB 8,000 if they choose the silver paint.

It is worth noting that if consumers choose silver paint, the pre-subsidy price for the entry-level Model Y exceeds RMB 300,000, and thus they will not be able to enjoy the national purchase subsidy.

This results in the actual starting price of the entry-level Model Y in the silver paint version reaching RMB 307,988, which is RMB 18,998 higher than the standard black paint version.

Information on Tesla's China website indicates that for those who purchase the black entry-level Model Y, a subsidy of RMB 11,088 is available for individual consumers and RMB 7,761 for business customers if license plate acquisition is completed during the year.

Tesla has not previously provided an explanation for the price cut, though it is generally seen as the result of a significant drop in its order pool in China.

The price cut appears to be having a significant effect on increasing orders, with local media outlet China Entrepreneur citing a salesperson at a Tesla store in Beijing as saying Wednesday that there are a lot of inquiries and purchases these days.

The salesperson said she worked overtime until 2 am on October 24 because there were so many consumers placing orders online and offline.

Tesla price cut: What does it mean for NIO, XPeng, Li Auto?