The Lotus Eletre is available in two versions in China, with deliveries to begin in March and May 2023 respectively. 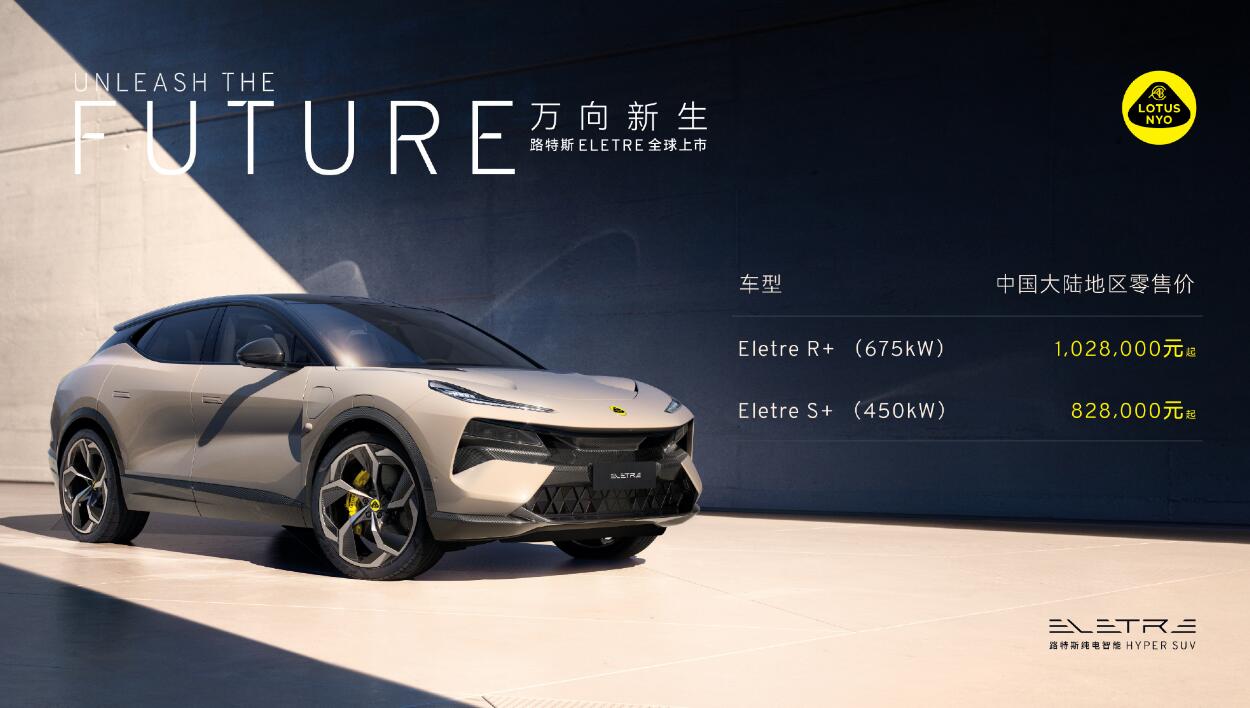 Lotus Cars' first all-electric Eletre Hyper-SUV has gone on sale, after it was announced in late March.

The automaker, which is majority owned by Geely, officially made the Eletre available at a global launch event on Tuesday, offering two versions in China with a starting price of RMB 828,000 yuan ($114,000), with deliveries set to begin in March 2023. 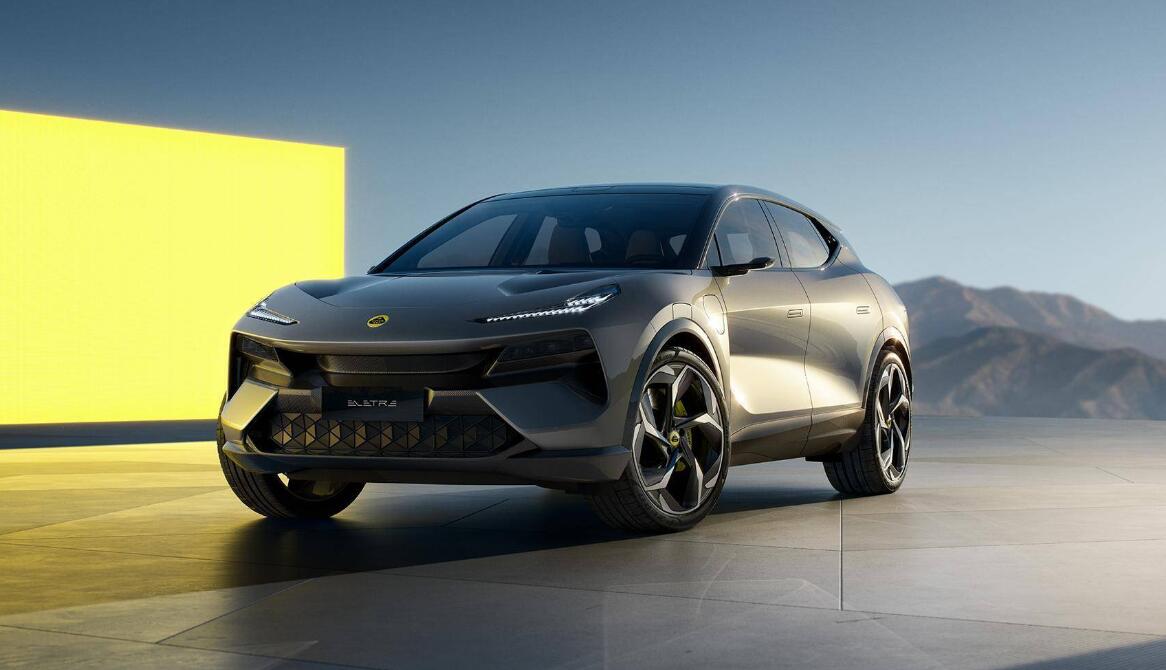 It is available in China in two versions -- Eletre S+ and Eletre R+, both equipped with dual motors with a maximum power of 450 kW and 675 kW and peak torque of 710Nm and 985Nm respectively. 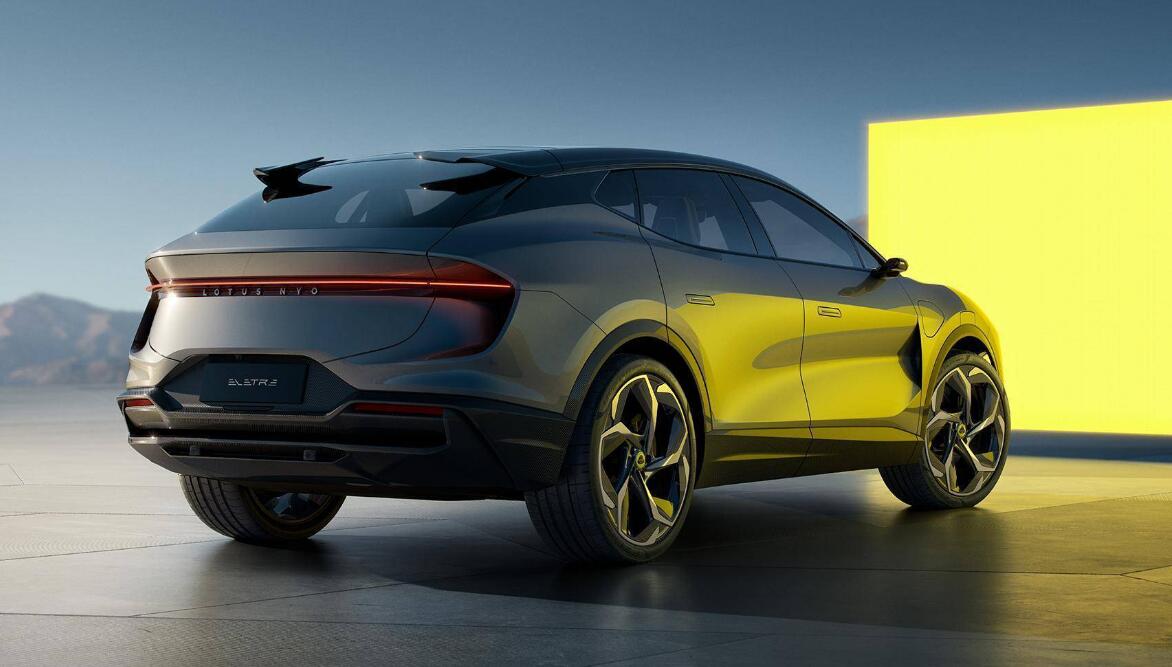 In the global market, three different versions of the car are available -- Eletre, Eletre S and Eletre R -- with the choice of two powertrains.

The model has a battery pack capacity of 112 kWh and a CLTC range of 650 km and 560 km respectively.

It supports 800V high-voltage fast charging across the range and can be charged from 10 percent to 80 percent in as little as 20 minutes at a fast-charging station.

The Lotus Eletre's cabin is equipped with two Qualcomm Snapdragon 8155 chips and uses five screens inside the car, with a 15.1-inch OLED touchscreen in the center console. 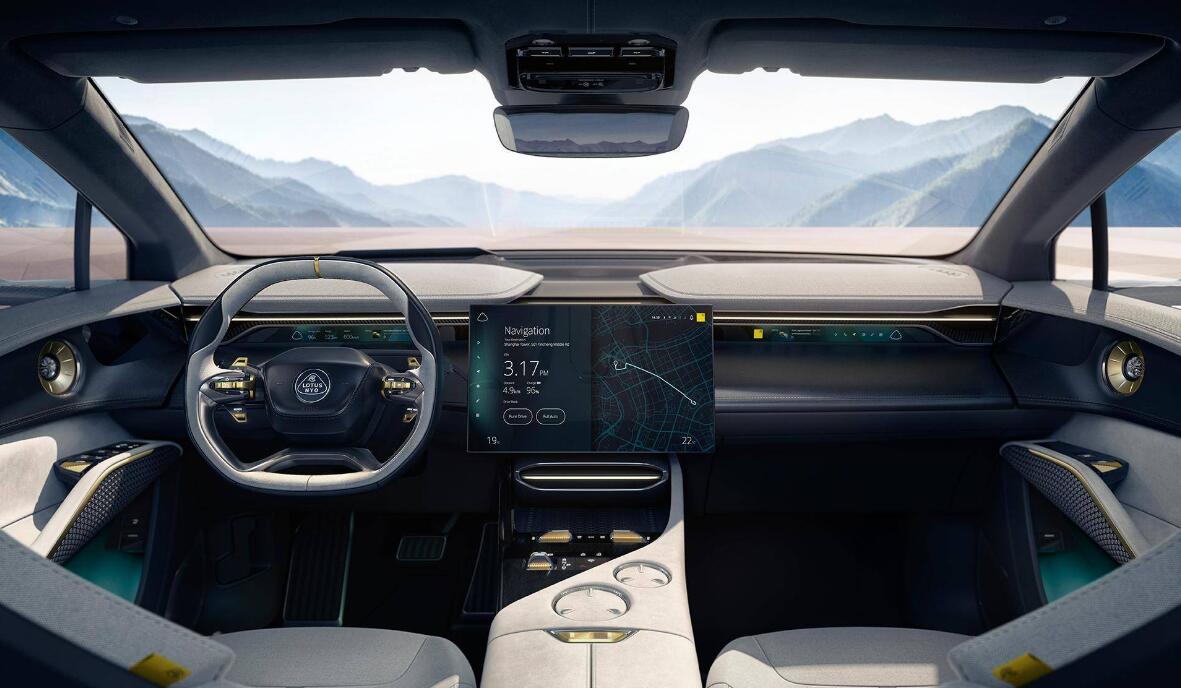 Lotus has not announced its LiDAR supplier, but previous information shows that its main front and rear LiDARs are Hesai Technology's AT128 and the LiDARs on both sides are RS-LiDAR-M1 provided by RoboSense.

Lotus has already built some fast-charging stations in Beijing, Shanghai, Guangzhou and Shenzhen, and the company expects to have more than 200 such stations by the end of 2023.

In the future, all Lotus fast-charging stations will be open to car brands that meet the technical requirements.

The brand is accelerating its global marketing presence and will improve its marketing and service network in 10 countries this year, including China, the United Kingdom, Germany, France and the Netherlands.

By the end of 2023, Lotus will build nearly 100 stores in China covering over 40 cities, according to the company.