For Tesla owners, they can earn bonus points upon delivery if they refer a friend to buy a Tesla vehicle.

Tesla has reinstated its owner referral program in China, which it discontinued a year ago, just as it announced price cuts for its vehicles in the country.

For Tesla owners and soon-to-be Tesla owners, they can earn bonus points rewards if they refer a friend to buy a Tesla vehicle, according to an article posted today on Tesla's official WeChat account.

After earning points rewards, users can trade them in for one of a number of gifts including a TeslaMic, a Model Y kids' walker, or a 1,500-km supercharging credit. 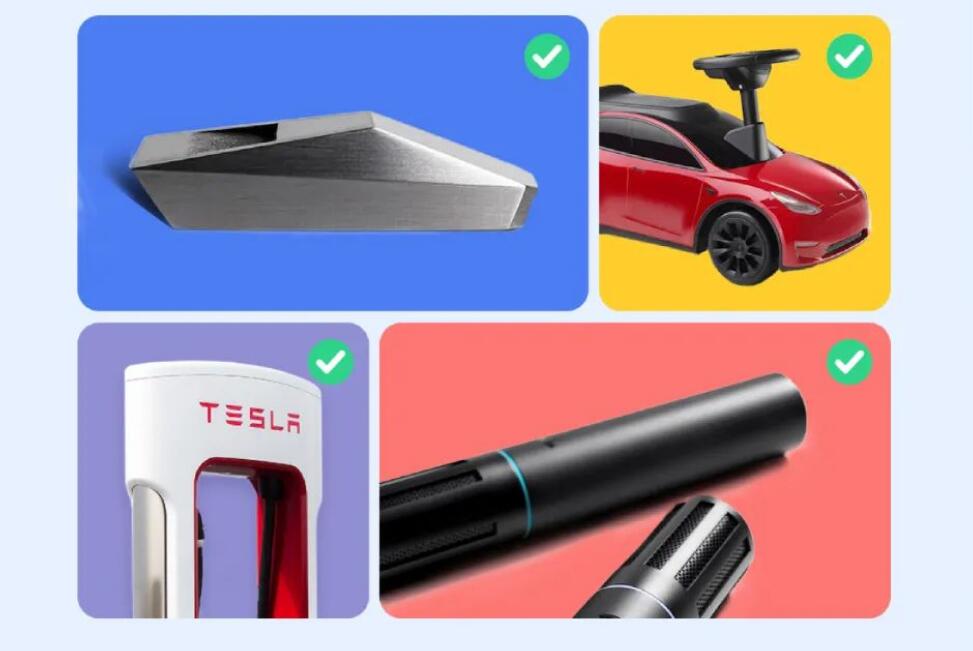 Tesla owners who buy another Tesla vehicle can likewise earn points and exchange them for gifts, according to the Tesla article.

Since October 24, consumers who have ordered models including Model S, Model 3, Model X, Model Y, Cybertruck, and Roadsterand whose orders are valid, can also participate in the campaign as soon-to-be Tesla owners.

Tesla owners will have the opportunity to participate in Tesla's lucky draw after successfully referring people to purchase a vehicle.

Tesla owners who refer five people to purchase a Tesla vehicle will be given the opportunity to win one of Tesla's quarterly prize packages including a Tesla Giga Texas Belt Buckle, a Model S stroller, a third-generation home charger or 24 months of access to Full Self-Driving (FSD).

The first drawing for the quarterly prize package will begin on January 1, 2023. 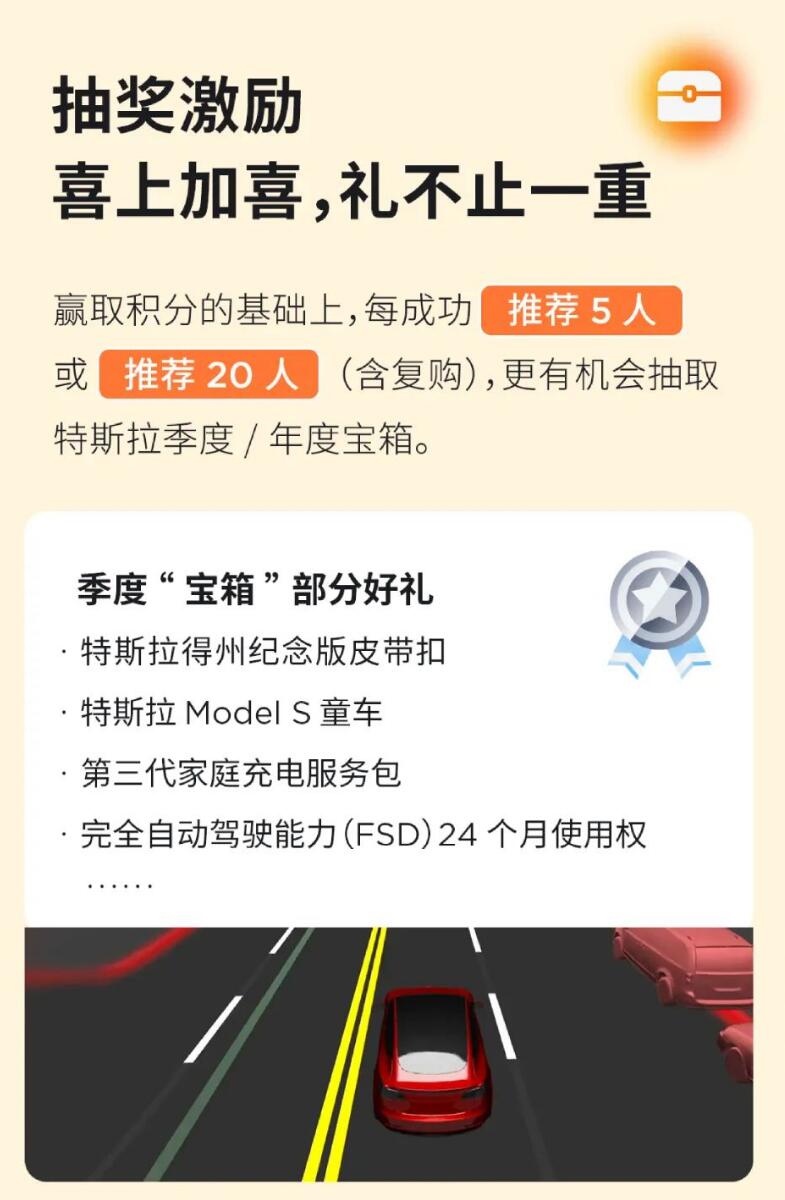 If owners successfully refer 20 people to purchase a Tesla vehicle, they will have the opportunity to win an annual gift package that includes a visit to Giga Shanghai, a free 50,000-kilometer supercharging credit, three years of access to Tesla Mall items valued at up to RMB 45,000, and 12 months of free access to a Tesla Model 3 or Model Y rear-wheel drive version. 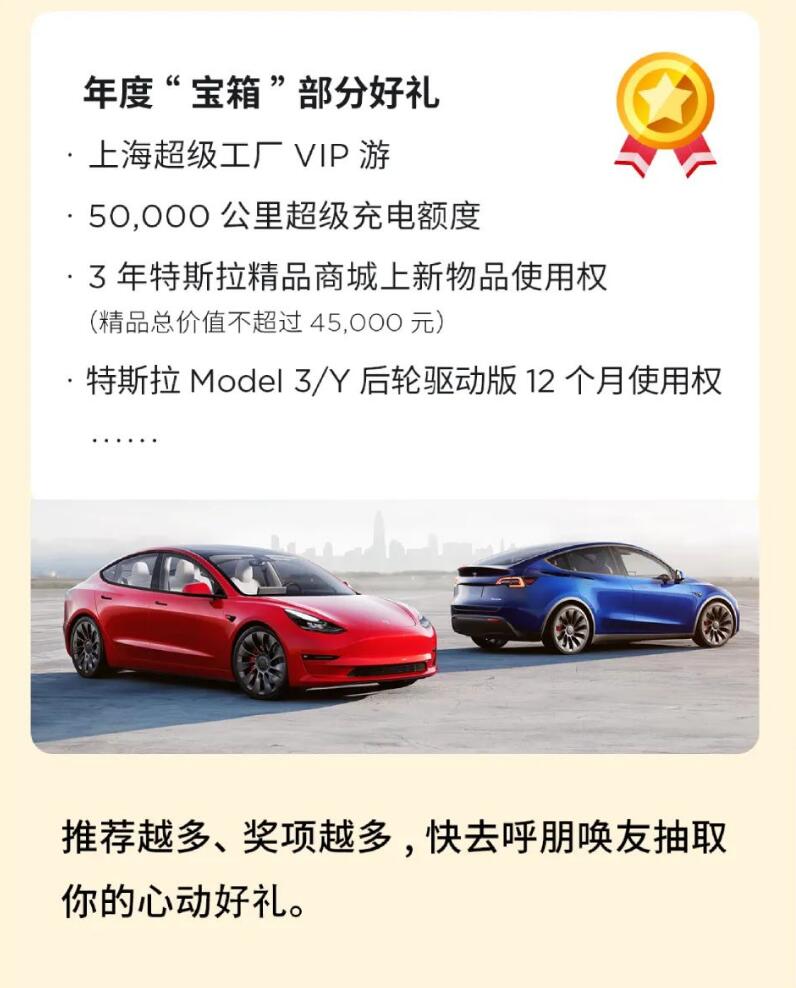 Tesla has implemented an owner referral program for many years until September 2021.

In China, Tesla had offered a free 1,500-kilometer supercharging credit for both the referrer and the vehicle buyer. In the US, that credit was 1,000 miles.

With global consumer acceptance of electric vehicles growing rapidly, Tesla has increased prices in China several times in the past year and announced on September 18 that it was eliminating the referral incentive program globally.