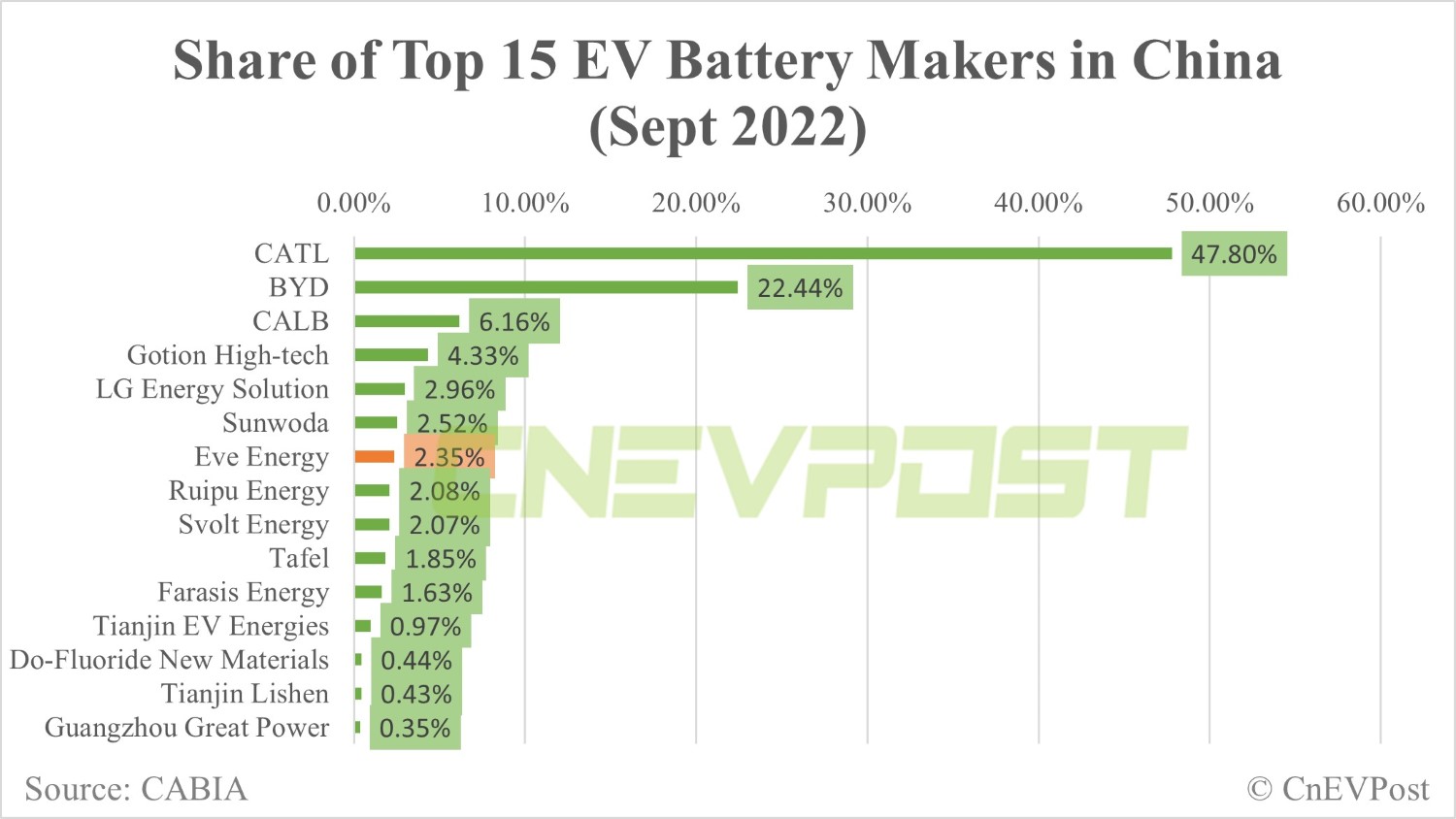 The project will be built in phases and the construction period will not exceed three years, according to the announcement.

Eve Energy will rely on its manufacturing and operational experience accumulated in China to build a new 21700-type ternary cylindrical battery production facility in Malaysia to support electric two-wheelers and power tool manufacturers in Malaysia and Southeast Asia, the announcement said.

The investment is in line with the company's growth strategy and long-term plan, and will enhance its overall competitiveness and global market share in the electric two-wheeler and power tool markets, Eve Energy said.

Eve Energy's board of directors has approved the plan, which is subject to approval by regulators in China and Malaysia.

The company's performance has improved significantly in recent years as the industry has entered a high boom period.

Eve Energy installed 0.74 GWh of power batteries in China in September, ranking seventh with a 2.35 percent market share, according to data released earlier this month by the China Automotive Battery Innovation Alliance (CABIA).

Last month, Eve Energy announced that it had finalized a cell supply relationship with BMW to provide large cylindrical lithium-ion cells for the latter's Neue Klasse line of vehicles.