BYD's flagship Han family of sedans sold 31,497 units in September, while Seal, seen as a strong rival to the Tesla Model 3, sold 7,473 units.

The BYD Song family sold 46,457 units in September, including 541 units that were exported, according to data released by the company on Weibo today.

The Song family was BYD's top-selling model in September, up 116.95 percent year-on-year and 9.31 percent from August. 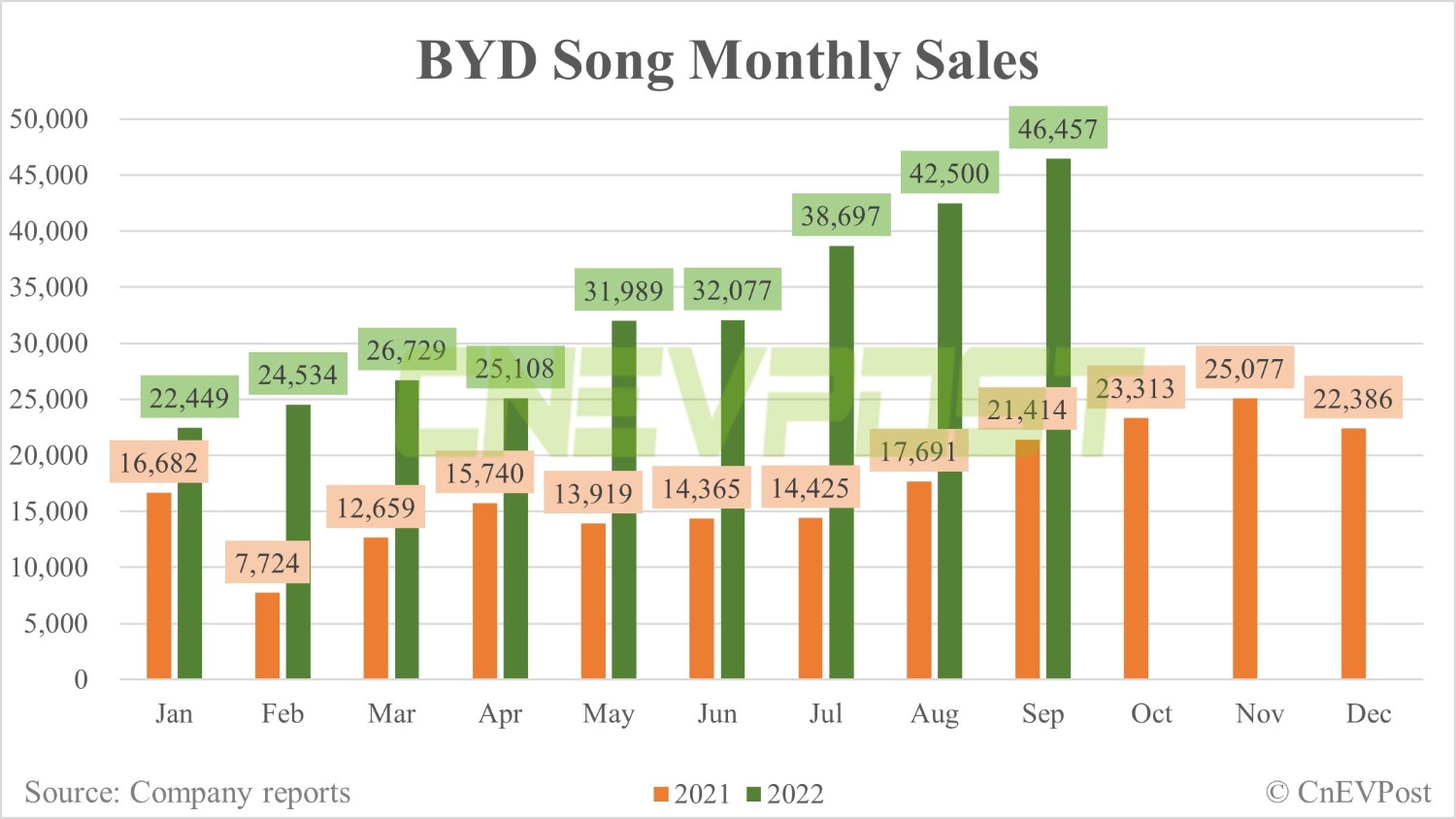 The BYD Qin family sold 39,515 units in September, up 58.14 percent year-on-year and essentially unchanged from the 39,512 units sold in August. 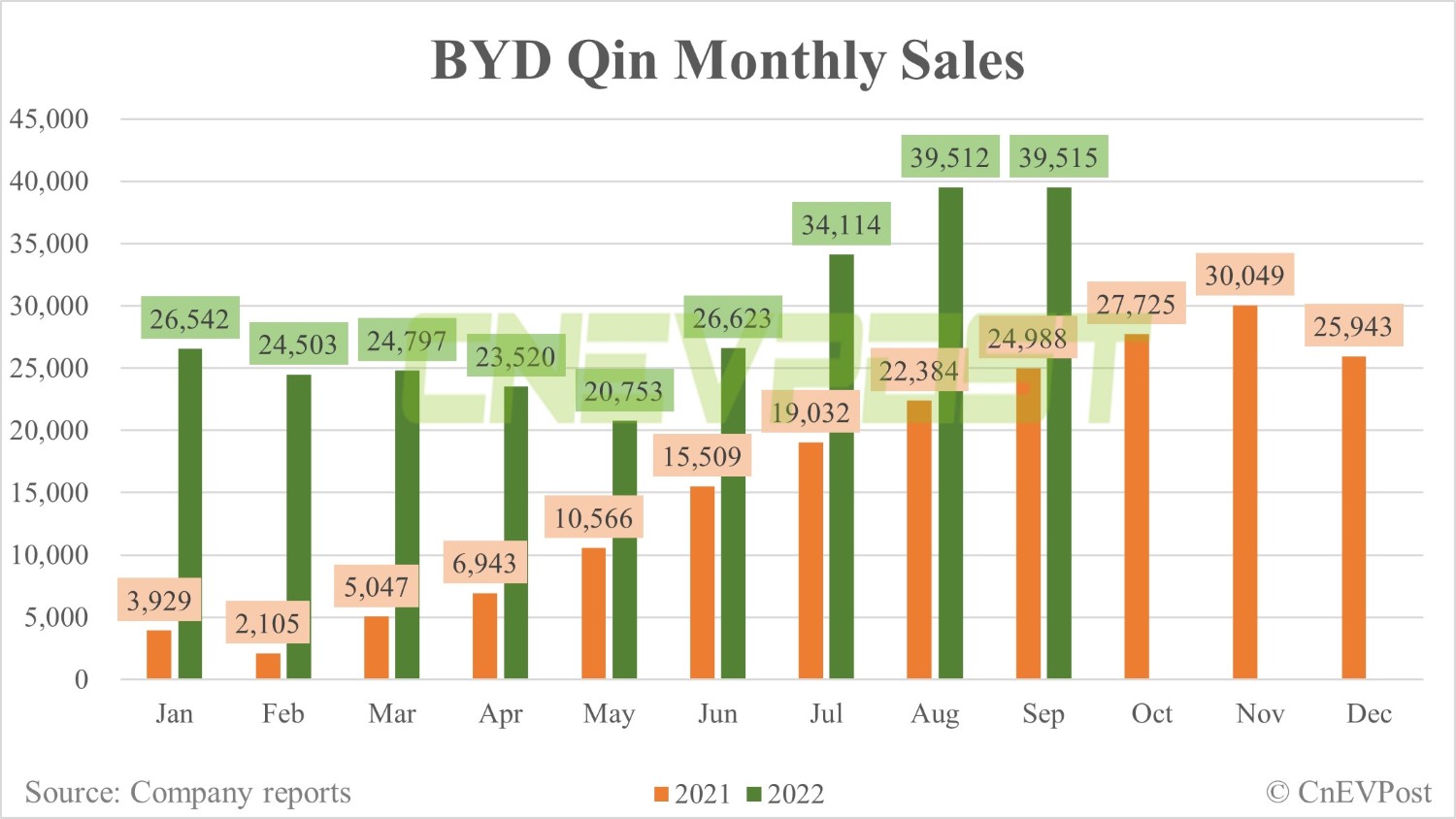 The BYD Han includes the all-electric Han EV model as well as the plug-in hybrid DM series. The company did not mention the breakdown of the two different power forms, but said sales of the Han DM series models rose 645 percent year on year in September. 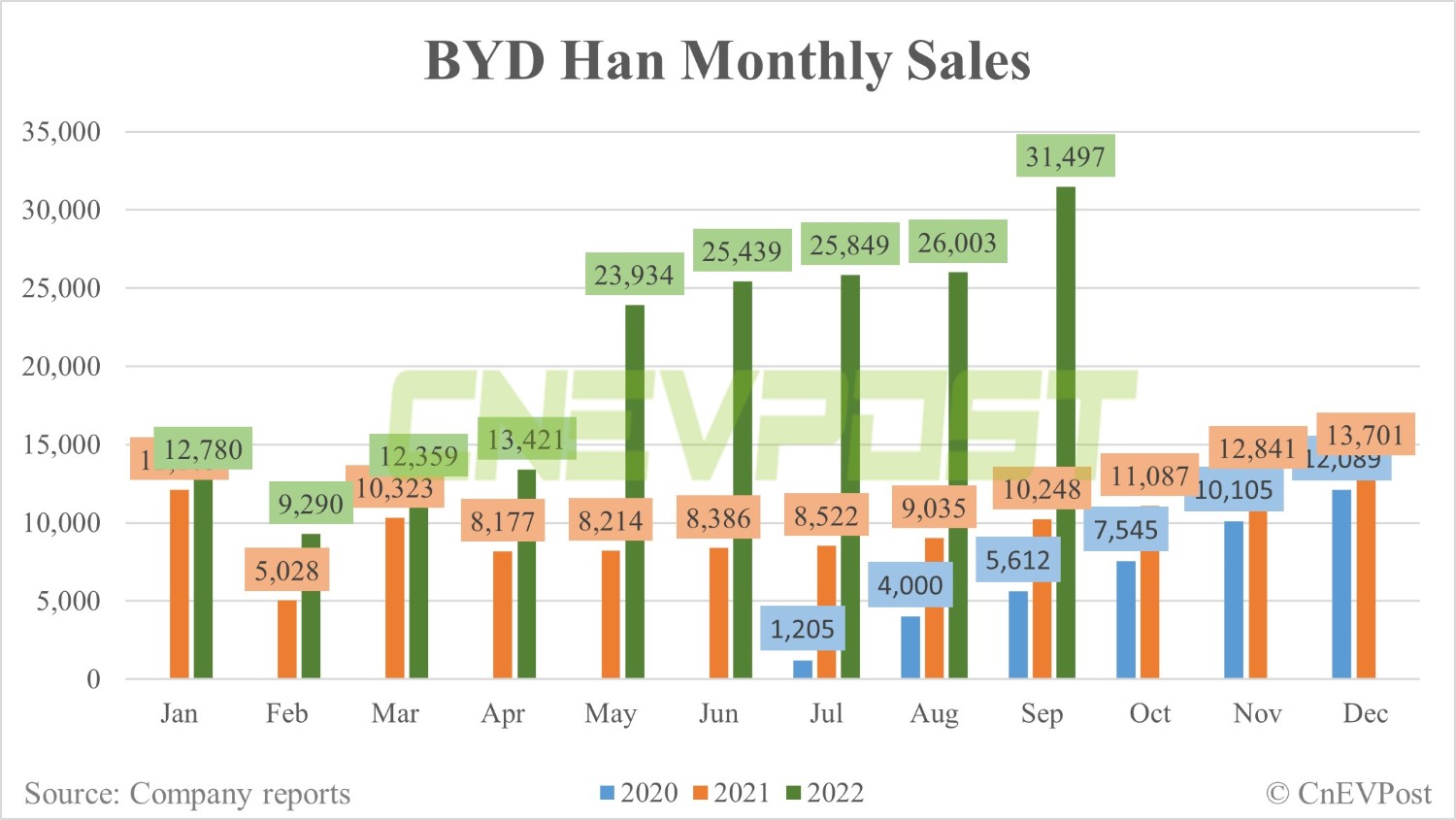 BYD Seal sold 7,473 units in September, the first time the company has released sales figures for the model considered one of Tesla Model 3's top contenders. 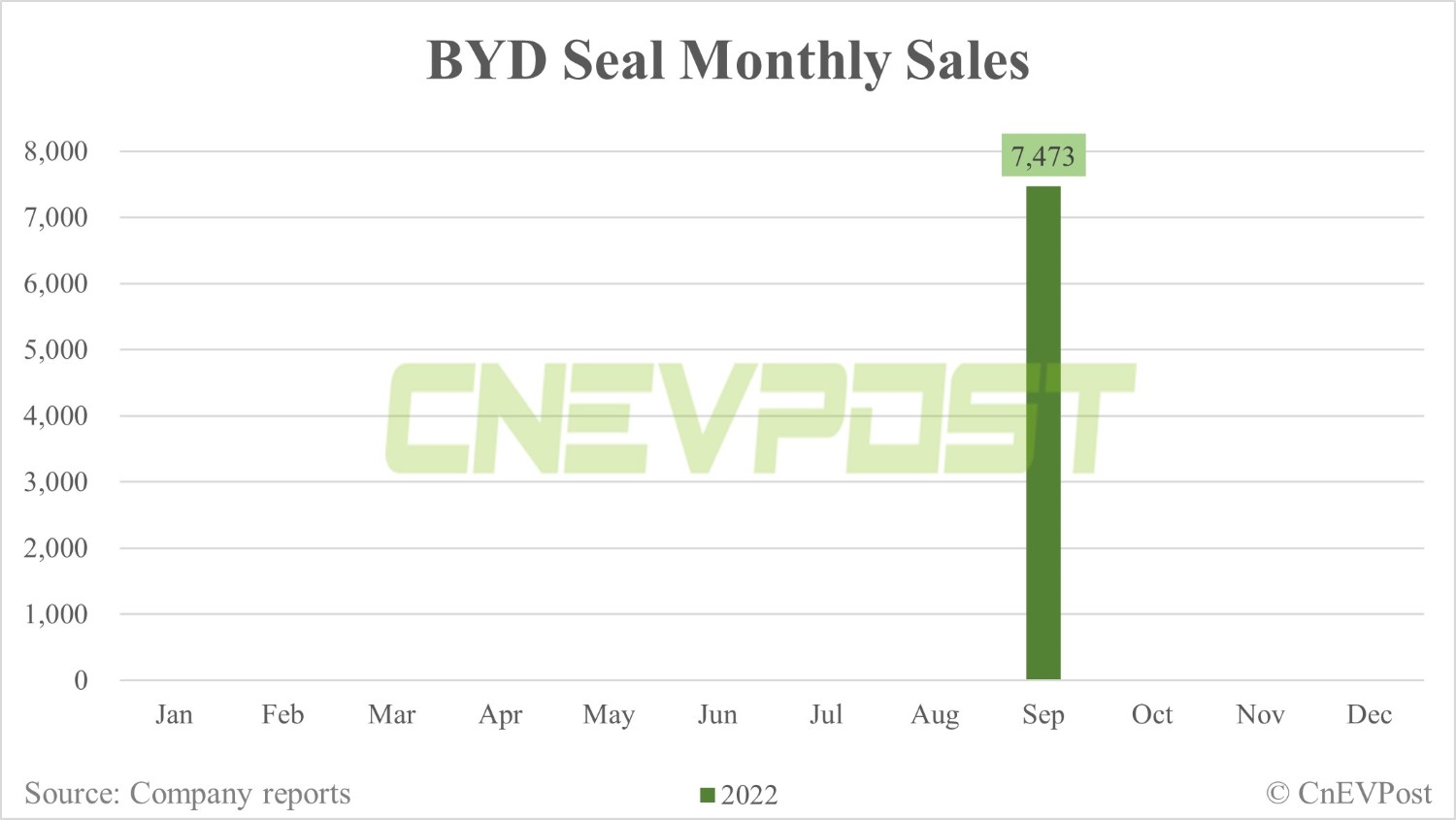 Pre-orders for the BYD Seal began on May 20 and the model was officially launched on July 29, with deliveries starting in August. BYD did not release sales figures for the model in August. 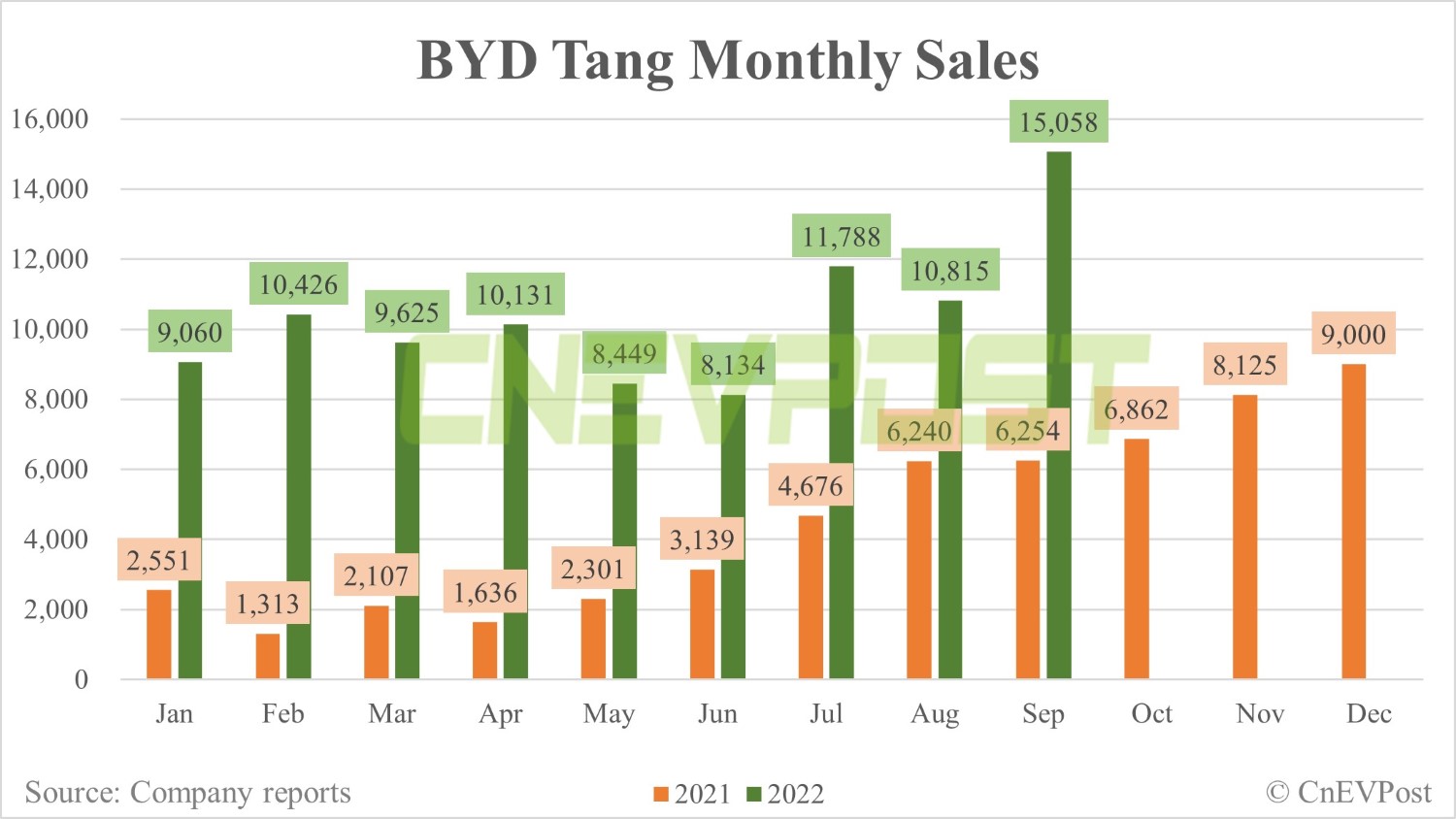 The BYD Yuan family sold 23,503 units in September, including 6,368 units that were exported. The model is known as Atto 3 in most overseas markets. 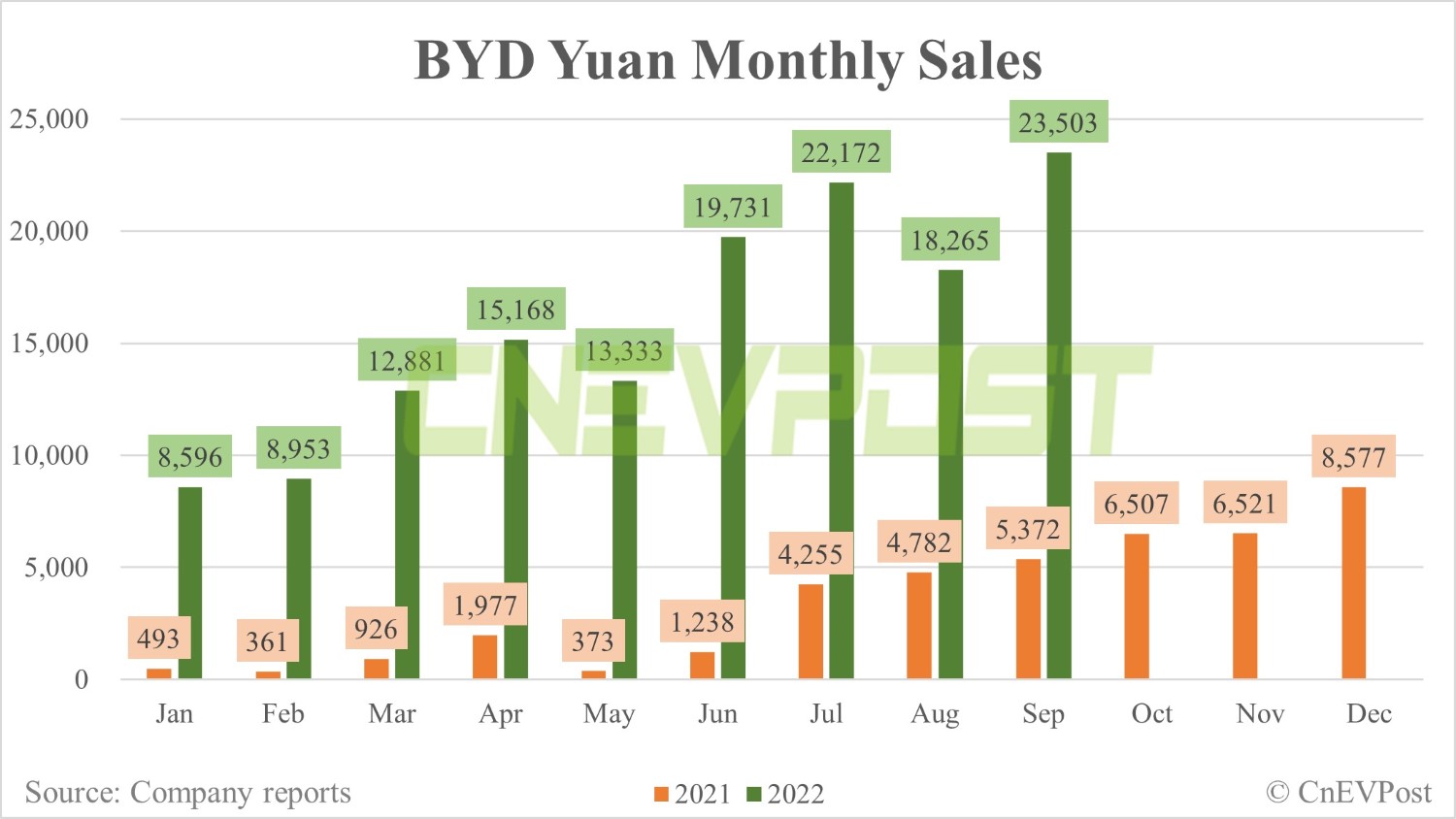 BYD Destroyer 05 sedan sold 9,101 units in September, up 4.31 percent from August. The model was officially launched on March 17. 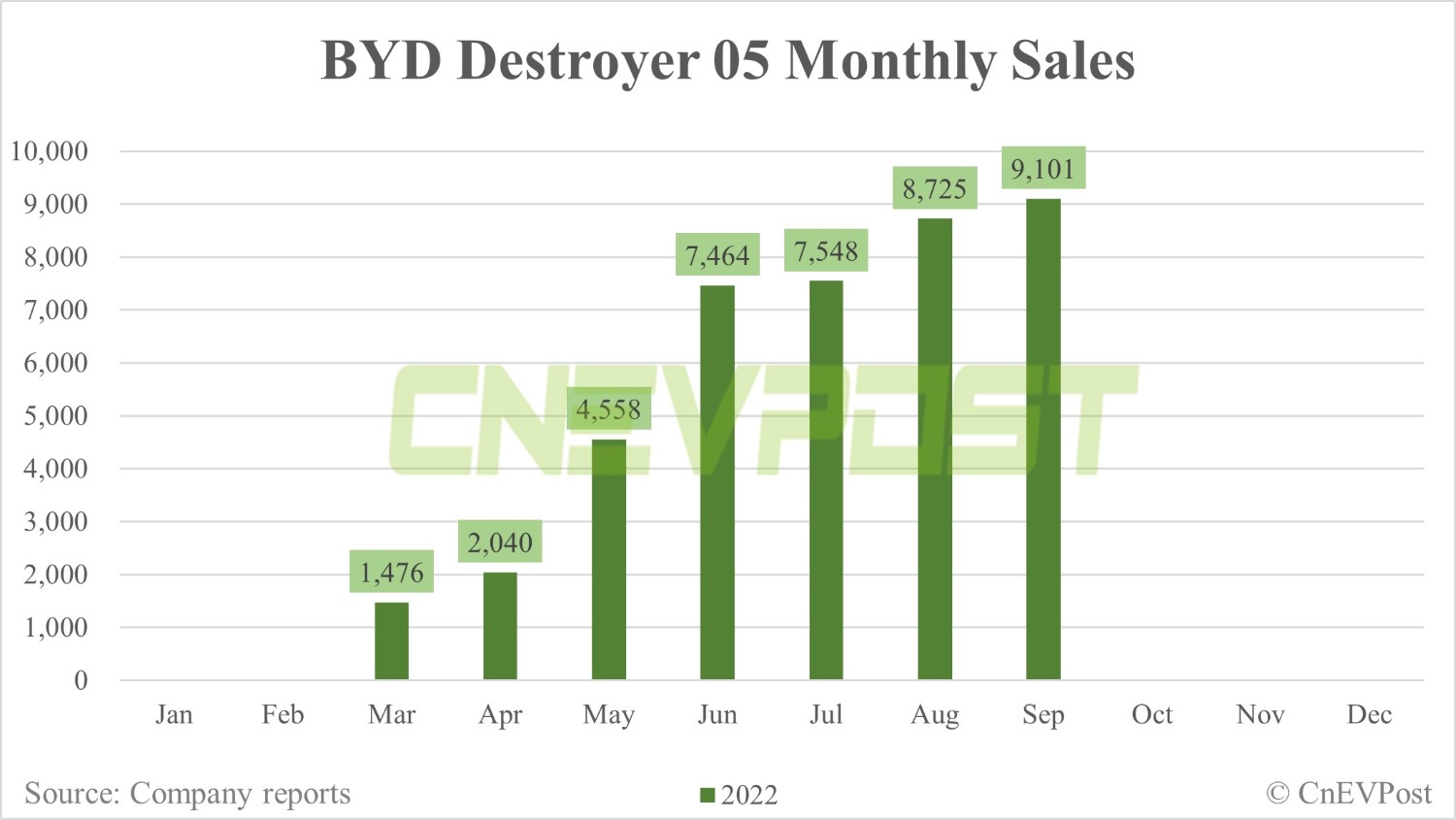 BYD Dolphin sold 24,956 units in September, up 731.87 percent year-on-year and up 6.34 percent from August. The model is the first model of BYD's all-electric e-Platform 3.0 and was officially launched on August 29 last year. 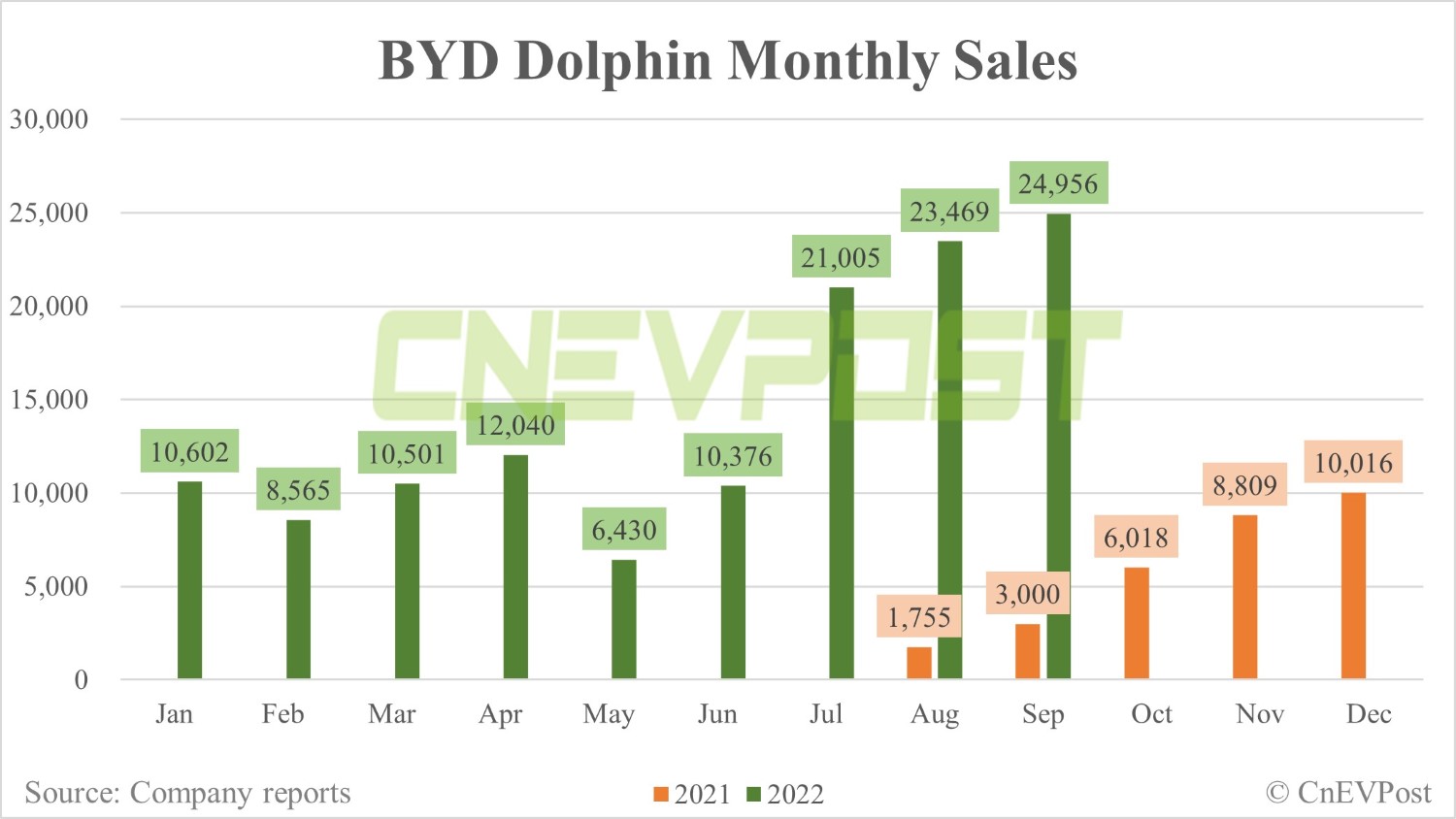