Leapmotor's chairman said it's really not a good time because of the global turmoil and the downward spiral of the stock markets. 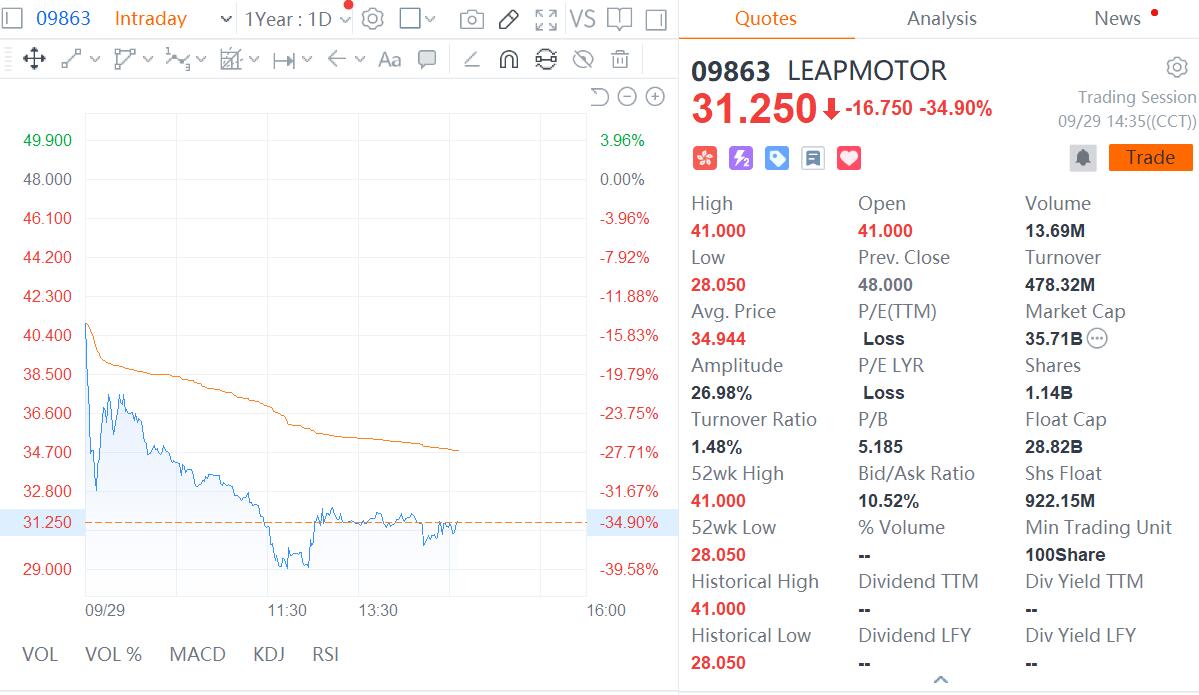 Leapmotor was successfully listed in Hong Kong, but it suffered a severe sell-off in its debut amid weakness in global markets and investor caution about growth stocks.

The electric vehicle (EV) maker set its initial public offering (IPO) at HK$48 per share, the lower end of the HK$48-62 range. Even so, the company was down about 15 percent at HK$41 at the opening bell.

After it began trading on the Hong Kong stock market, Leapmotor's shares continued to fall, down 34.9 percent to HK$31.25 at press time. Earlier in the day, the stock had fallen to as low as HK$28.05.

XPeng Motors fell 6.23 percent to HK$47.45, continuing to set a new low since its Hong Kong listing last July, with a market capitalization of HK$81.4 billion. The company's share price fell below HK$50 for the first time yesterday. 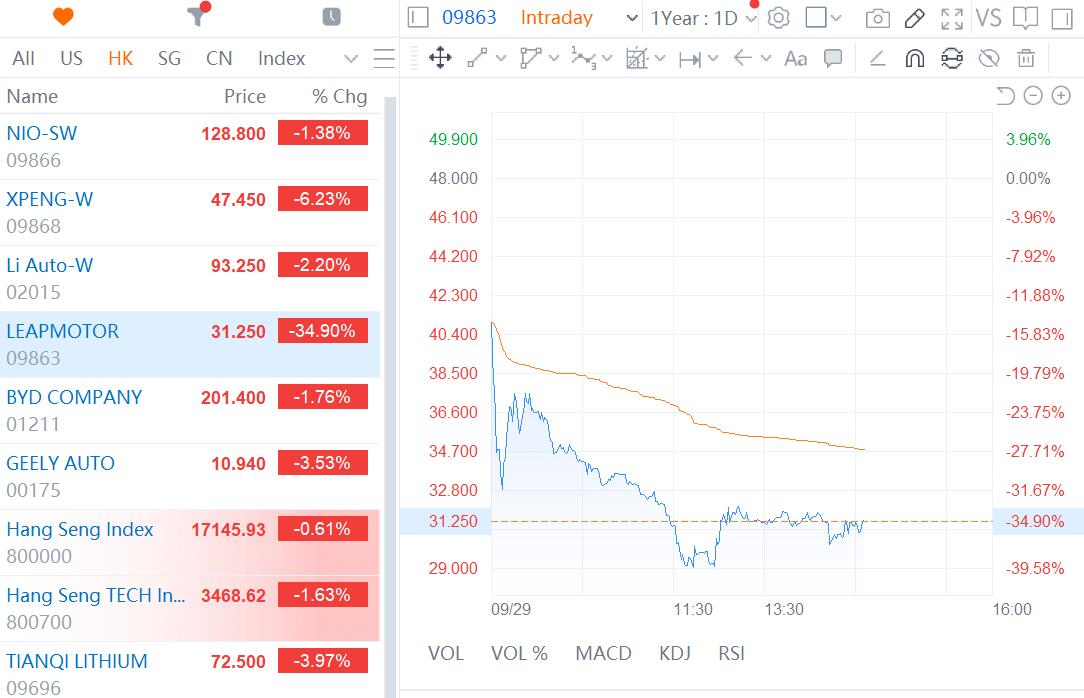 Regarding the plunge in the share price in its debut, Leapmotor chairman Zhu Jiangming said at a press conference that it is really a not a good time because the global situation is turbulent and the stock markets are in a downward spiral.

Leapmotor chose to go public mainly because it doesn't care about the timing at the moment, he said, adding that it is a long run and the company is more concerned about how the real quality is and getting its fair market share as soon as possible.

Unlike NIO, XPeng and Li Auto, which used a red-chip structure for their secondary listings in Hong Kong, Leapmotor used a domestic Chinese structure to offer H shares in Hong Kong, becoming the first new Chinese carmaker to do so.

Leapmotor's share offering consisted of a Hong Kong offering of about 13.1 million shares and an international offering of 118 million shares, of which the former was not fully subscribed and the latter was about 2.33 times oversubscribed.

Leapmotor was founded in 2015 and currently sells the T03 minicar, the S01 coupe, the C11 flagship SUV and the C01 flagship sedan.

The day before it debuted on the Hong Kong stock market, Leapmotor officially made the C01 available at a Wednesday evening launch event, but at higher prices than pre-sale prices, a rare practice among Chinese EV companies.