Henan is the third largest province in China by population, with 98.83 million people at the end of 2021. 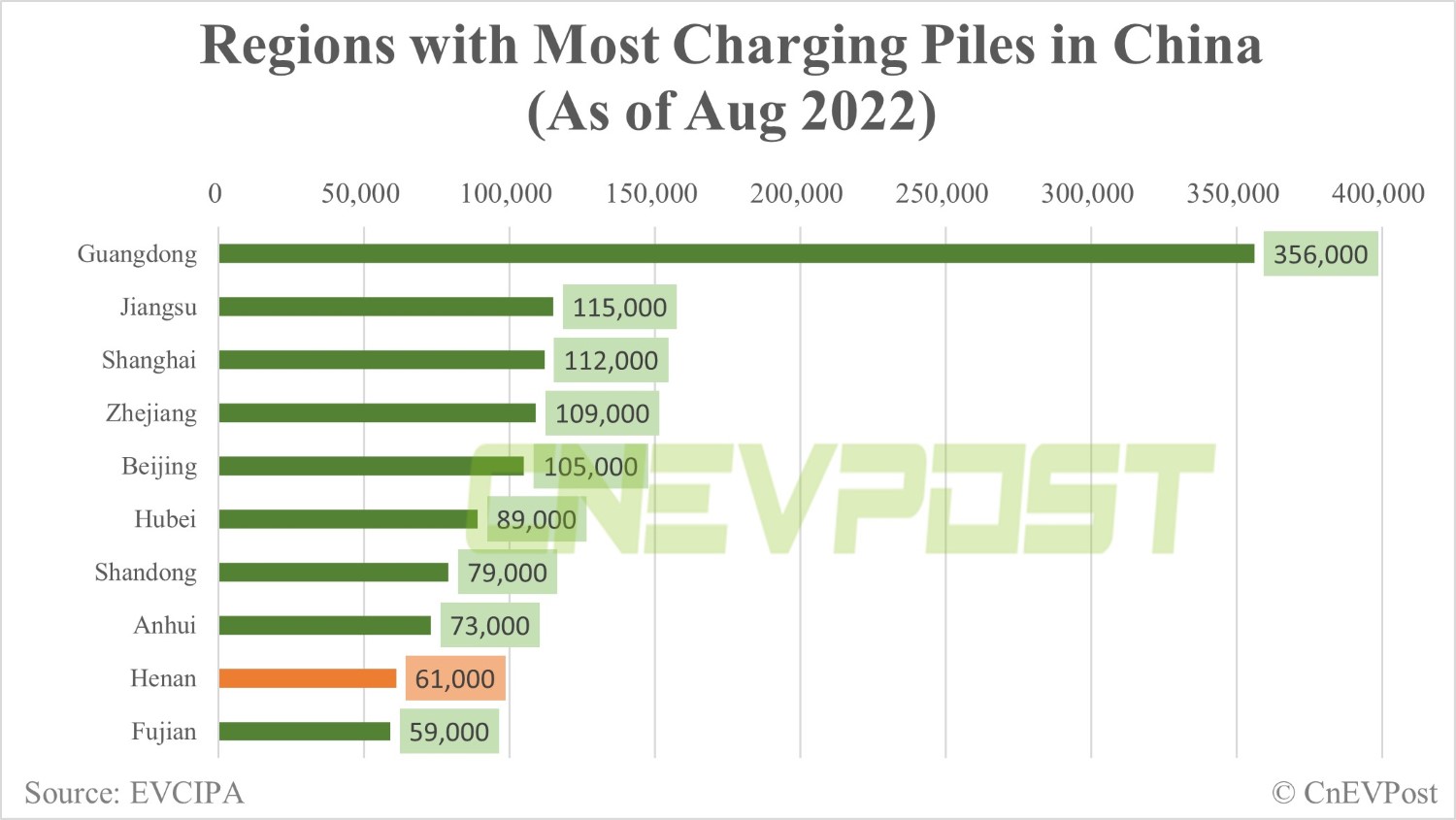 Central China's Henan aims to see all highway service areas equipped with charging piles by the end of 2022, making the province one of the top tier regions in terms of charging facility networks, according to a government document.

An action plan released today by several departments, including the Henan Provincial Department of Transportation, on promoting charging infrastructure along highways mentions the goal and says the province will also have basic charging facilities in the service areas of 14 general trunk roads by the end of 2023.

By the end of 2025, the charging infrastructure in service areas of highways and ordinary trunk roads in Henan will become denser and get further optimized, according to the plan.

Henan is the third largest province in China by population size, with 98.83 million people at the end of 2021, behind Guangdong's 127 million and Shandong's 102 million.

Notably, Henan is one of the less economically developed regions in China, with a large number of residents born in the province heading to work in major cities including Beijing, Shanghai, Shenzhen and Guangzhou.

Efforts to optimize the construction of charging infrastructure will not only help residents in the province's experience with electric vehicles, but will also make it easier for those working in other regions to return to their hometowns during important holiday seasons.

By the end of August, China had 1.62 million public charging piles, including 702,000 DC piles and 921,000 AC piles, according to data released earlier this month by the China Electric Vehicle Charging Infrastructure Promotion Alliance (EVCIPA).