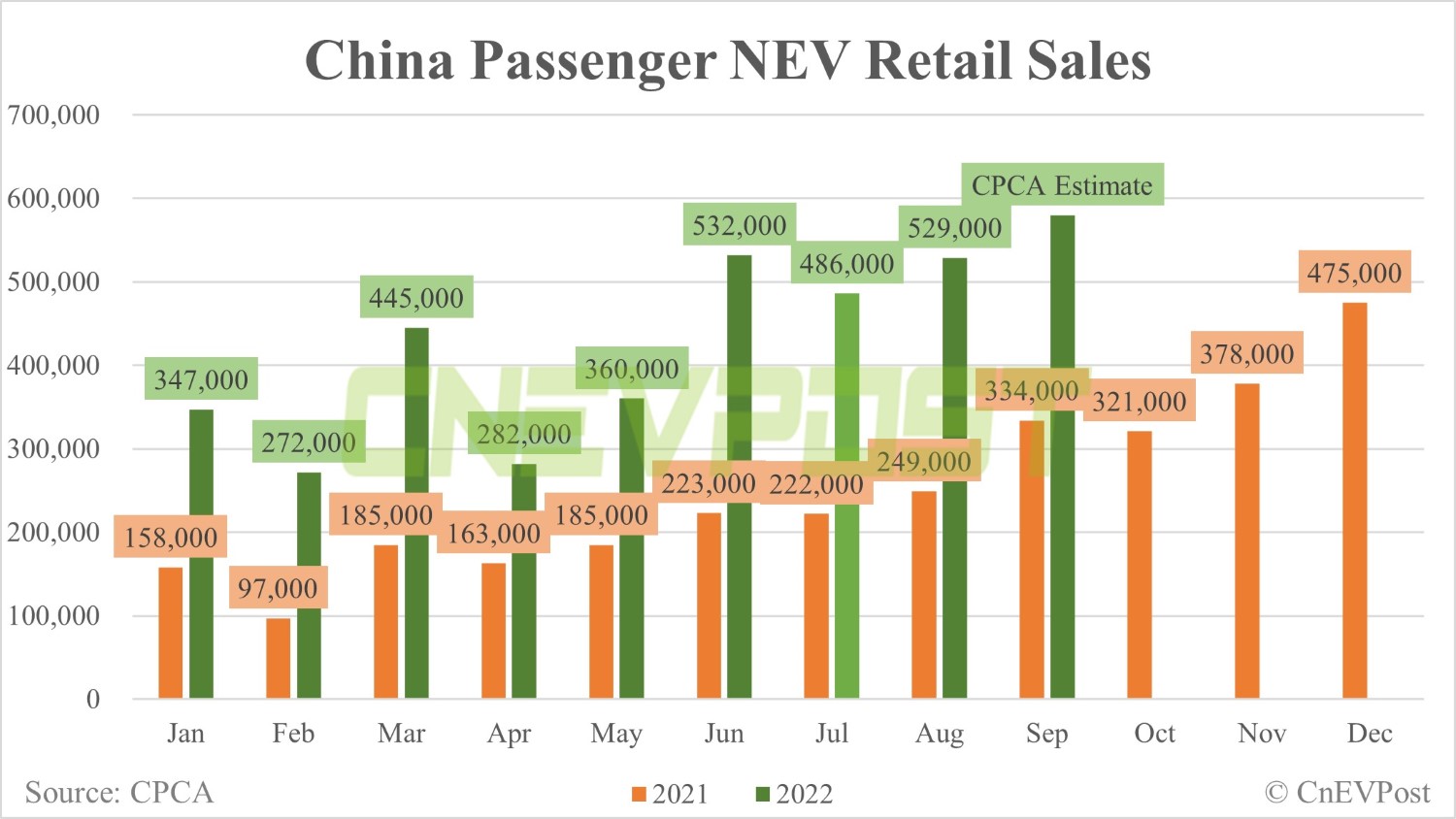 Retail sales of new energy vehicles (NEVs) in China reached a record 580,000 units in September, up 73.7 percent from the same month last year and up 9.64 percent from August, according to estimates released today by the China Passenger Car Association (CPCA).

Preliminary projections show that retail passenger car sales for this month were around 1.95 million units, up 23.3 percent from a year ago, the CPCA said.

That means that at retail, China's NEV penetration rate reached a record 29.7 percent in September. 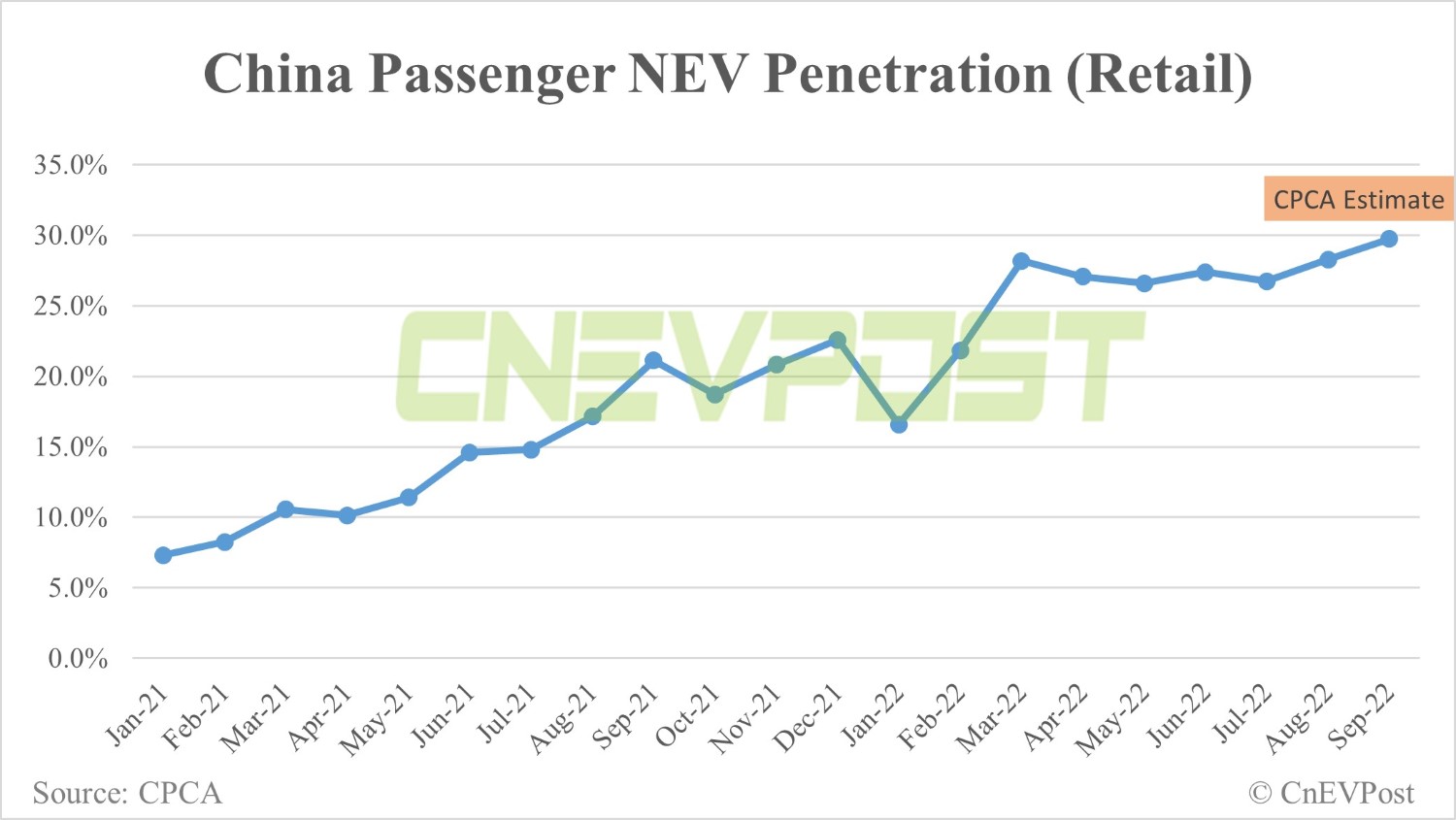 The auto market in several regions of China was negatively impacted by the Covid outbreaks in September, but began to recover in the second half of the month, the CPCA said.

The overall discount rate for passenger cars was about 13.8 percent in mid-September, with overall prices up slightly from the previous month, but with consumers expecting stronger price cuts and more wait-and-see, according to the CPCA.

Major car companies in the first and second week of September, the average daily retail sales growth rate of 0 percent, 28 percent, respectively, but, with the acceleration of policies to promote consumption, regions hit by Covid resuming normal life, the car market gradually improve, the CPCA said.

In the third and fourth week of September, the average daily retail sales will increase by about 33 percent and 35 percent year-on-year, respectively, according to the CPCA.

The fourth week, in particular, is the stage where car companies will see a pulse in sales at the end of the month, while the same period last year will see a significant rise in year-on-year growth due to a low base caused by chip shortages, the CPCA said.

As China's current state subsidies and licensing policies in some regions near expiration, consumers will be encouraged to purchase NEVs earlier, the CPCA said.

China currently offers subsidies for NEV purchases, and they will be completely withdrawn next year. The country's policy of exempting NEVs from purchase taxes will continue next year.