GAC Aion is offering two versions of the Hyper SSR with a pre-sale starting price of RMB 1.286 million, with deliveries to begin in October next year. 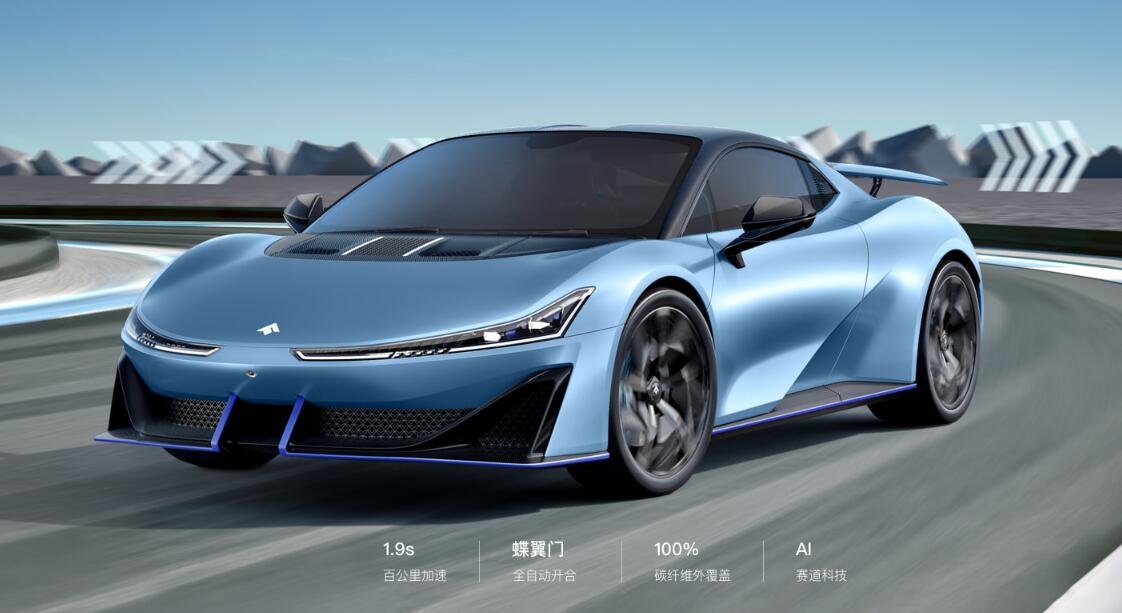 GAC Aion, the electric vehicle (EV) subsidiary of GAC Group, today unveiled its new premium brand Hyper and its first model, the Hyper SSR, at its headquarters in Guangzhou, becoming the latest automaker to enter the electric supercar segment.

Powered by GAC Aion's in-house developed high-performance motors, the Hyper SSR boasts a maximum of 1,225 horsepower, which is 1.5 times the Formula 1 race standard, according to the company.

The supercar has a maximum on-wheel torque of 12,000 Nm, which delivers 1.7 G of acceleration, GAC Aion said.

The Hyper SSR is equipped with SiC chips based on a 900-volt platform that increase operating frequency by 2.5 times and reduce power consumption by 80 percent, GAC Aion claims.

The other version, Hyper SSR Ultimate, is priced at RMB 1.686 million and can accelerate from 0 to 100 kilometers per hour in 1.9 seconds.

The model, which GAC Aion said is the fastest car on the planet, will begin mass production and delivery in October next year. 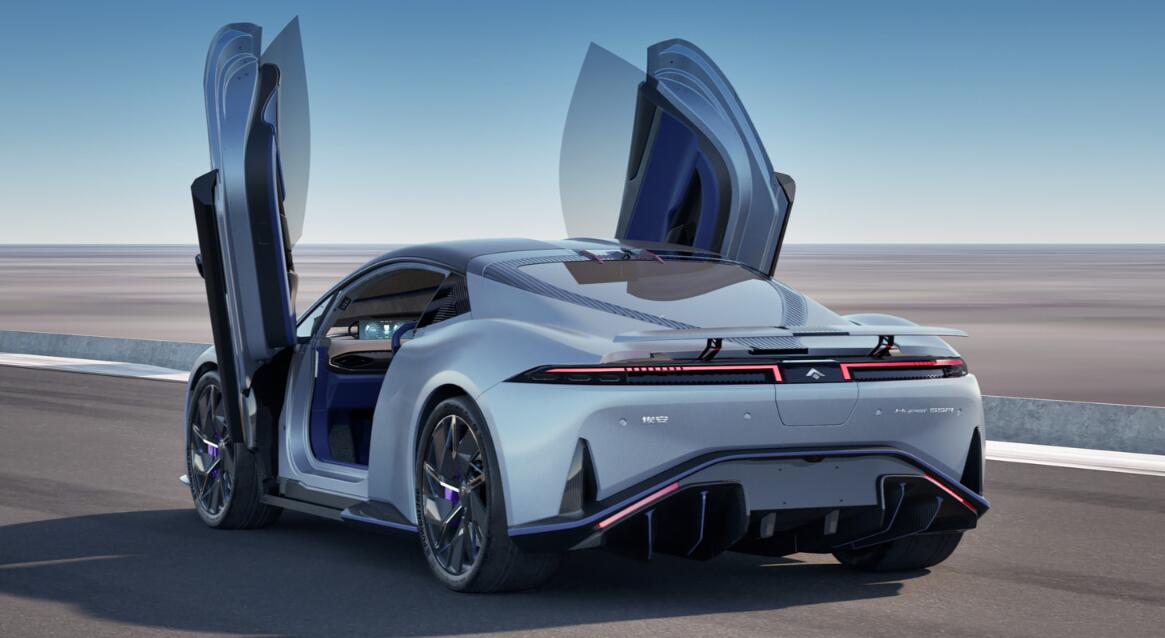 A supercar with similar performance to GAC Aion's Hyper SSR is Tesla's Roadster, which was announced in 2017 but has not yet begun deliveries.

Back to the GAC Aion's Hyper SSR, which features inductive butterfly doors that open and close automatically, allowing the driver to close the doors with a push of a button or a deep press on the brake pedal. 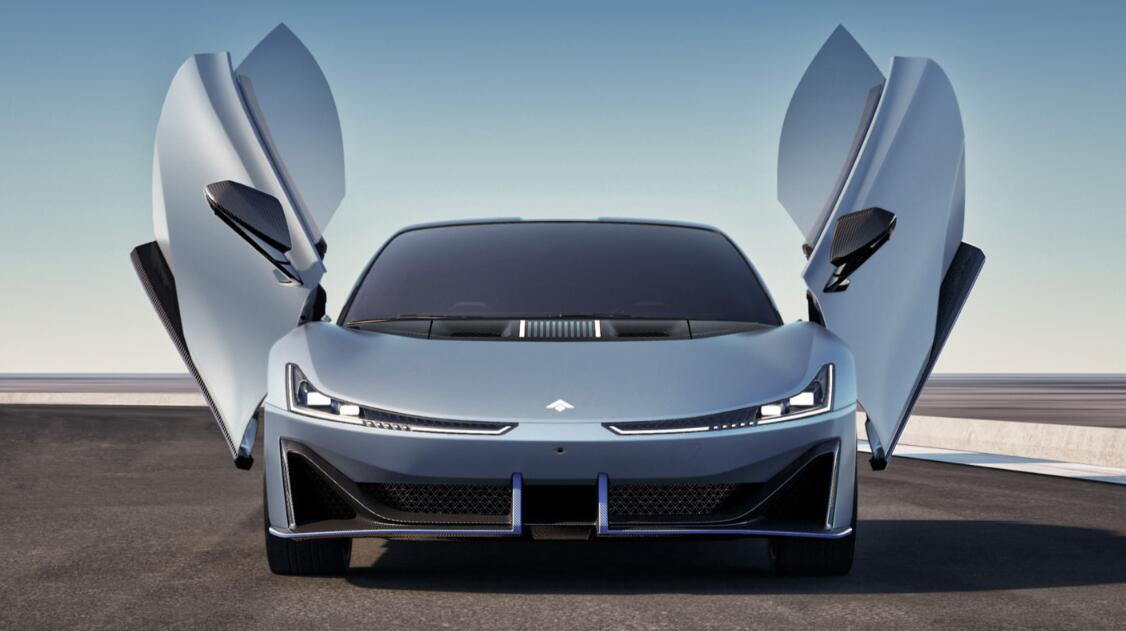 The model uses carbon fiber materials for the exterior, they are 20 percent the weight of steel but 2.5 times stronger, according to the company. 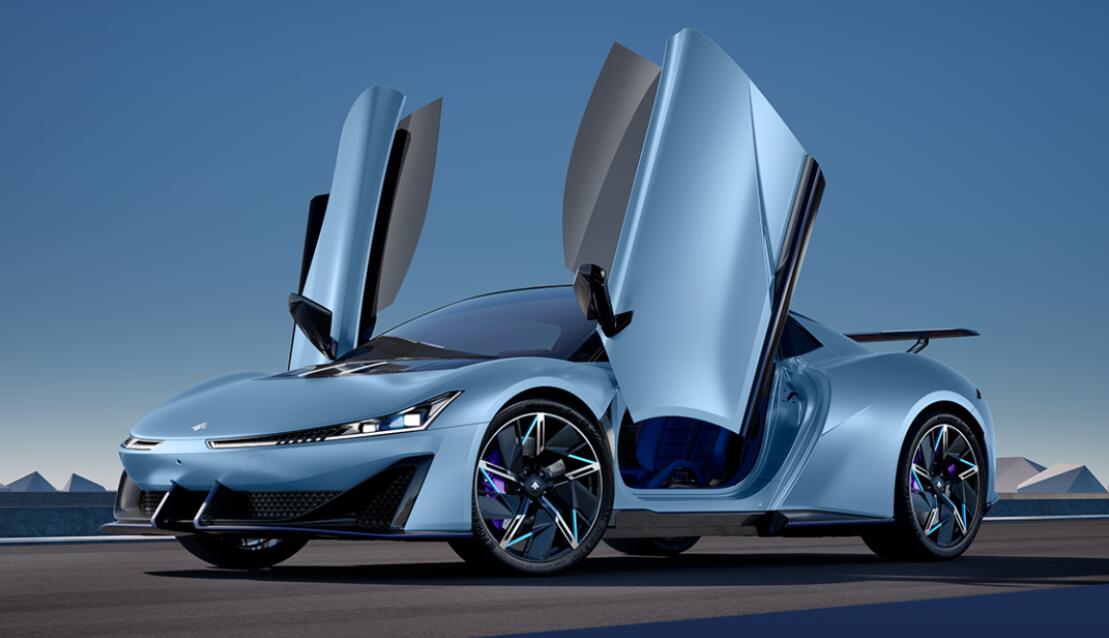